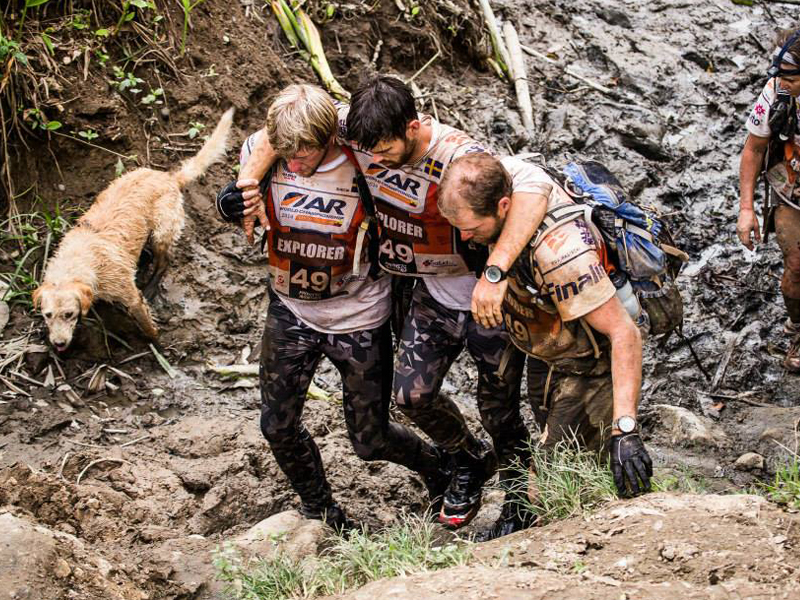 We all know dogs are man’s best friend, but this heartwarming story takes their loyalty to a whole new level.

A team of Swedish athletes trekking through the Amazon Jungle in Ecuador have adopted a stray dog after it followed them for 40 treacherous kilometres, according to a Daily Mail report.

The team were enjoying a meal before the final leg of the Adventure Racing World Championship in Ecuador, when team captain Mikael Lindnord shared a meatball with a hungry stray dog.

The dog, who has since been named Arthur, began following the athletes for kilometres in dangerous conditions, including a trek through knee-high mud.

Arthur waited with the team while they recovered from dehydration, and then swam alongside them during a 59km coastal kayak, despite organisers telling them to leave Arthur behind.

Defying orders, Lindnord pulled Arthur onto the kayak during the “heartbreaking” scene, and the group struggled on with the extra weight.

“He was kind of in the way during the whole paddle and we had to find different paddling techniques to not kick him off board,” Lindlord said.

“A few times he jumped into the water and took a swim, and then he crawled back up again and was freezing so he got to wear our jackets.”

After following the Swedish team for six days, the team of four finished as a team of five to become the 12th best adventure racing team in the world.

Arthur was taken to the vet following the race and given a good bill of health before the athletes began campaigning to bring Arthur home to Sweden.

The team were given the all clear to adopt Arthur, and were met at the airport by dozens of fans who had been touched by their story.