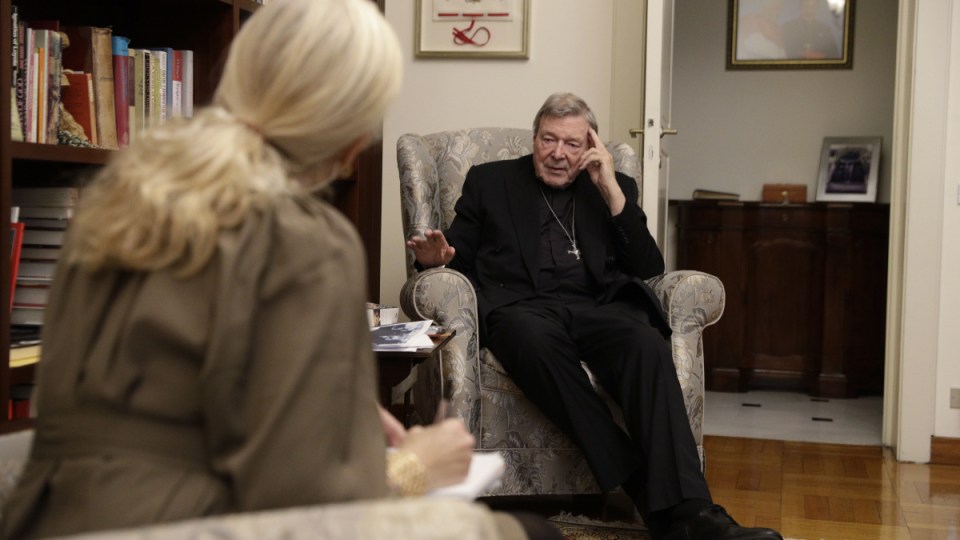 Cardinal George Pell talks to a reporter inside his apartment in Rome. Photo: AAP

Australia’s financial watchdog has drastically reduced the sum of money it says was sent from the Vatican to Australia, the Vatican says, after it earlier reported a huge figure that raised suspicions of money laundering.

The joint Vatican-Australian review showed only $A9.5 million transited between 2014 and 2020, a fraction of the $A2.3 billion originally reported by the watchdog to widespread astonishment.

The Vatican contested the huge figures in December and asked the Australian financial intelligence unit known as AUSTRAC to review its calculations.

Some media had speculated that the Vatican could have been used to launder money.

AUSTRAC’s error was first reported by The Australian newspaper earlier on Wednesday, which said it was due to a computer coding mistake.

A Vatican statement called the mistake “a huge discrepancy”.

It said the $A9.5 million sent to Australia was mostly to meet “contractual obligations” as well as “ordinary management”, which appeared to be a reference to its embassy in Australia.

The Vatican had said the original report of the huge amount of money and more than 47,000 individual transfers had sounded like “science fiction” because the Holy See’s annual budget is about 330 million euros ($A519 million); it demanded a review.

The Australian said AUSTRAC had told the newspaper the new calculations showed there had been only 362 transfers in that period.

Cardinal George Pell, who was the Vatican’s treasurer from 2014 to 2017 told Reuters on Wednesday: “I was relieved to hear that billions were not laundered through the Vatican while I was head of the Secretariat for the Economy.”