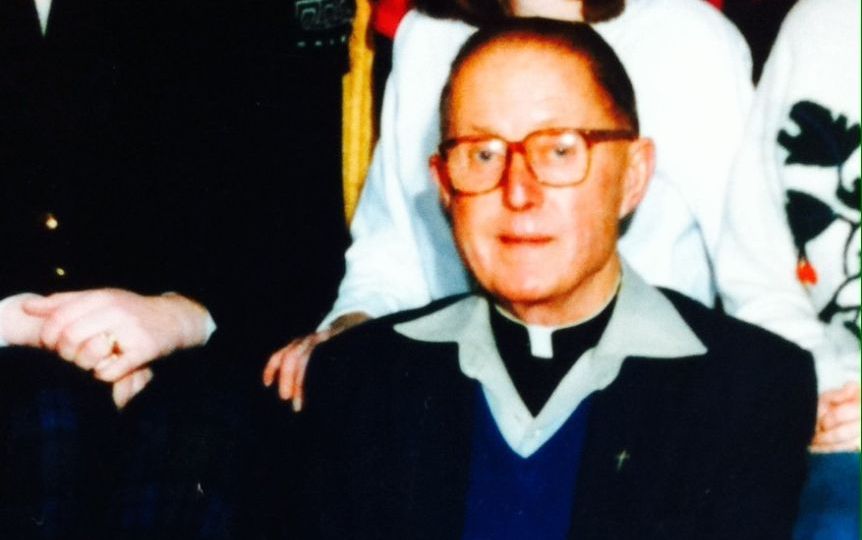 Father Peter Searson was the subject of numerous complaints and little action from the catholic hierarchy. Photo: ABC/supplied

He was a priest accused of raping a blind woman in 1974, making sexual advances in the confessional, threatened children with a knife and a gun, and showing altar boys a dead body.

But Father Peter Searson was allowed to remain in Catholic parishes, and Cardinal George Pell took no action to remove him until 1997.

Of all the horrors contained in the redacted findings from the Royal Commission into Institutional Responses to Child Sexual Abuse, the case of Sunbury and Doveton parish priest Father Searson offers a tragic insight into the Catholic Church’s inaction on child abuse claims.

Like much of the evidence already released, the 100 pages of redacted findings tabled in the Senate on Thursday makes for grim reading.

The details contained in the report could not be revealed while Cardinal George Pell faced his own court case so as not to sway the jury.

The commission rejected Cardinal Pell’s evidence that he had been deceived by church officials about sexual misconduct allegations in multiple cases by priests – including notorious pedophile Gerald Ridsdale.

But while Ridsdale is likely to die in jail, Father Searson passed away in 2009 without facing charges.

That’s despite the commission hearing he had abused children in parishes and schools in three districts for more than a decade.

The inaction by Cardinal Pell against Father Searson after a delegation of teachers alerted him to concerns in November 1989 is singled out for particular attention.

Then an Auxiliary Bishop of the Archdiocese, Cardinal Pell had been provided with a list of incidents and grievances about Father Searson, but failed to act until 1997.

Cardinal Pell conceded that, in retrospect, he might have been ‘a bit more pushy’ with all of the parties involved but the report said “we do not accept any qualification that this conclusion is only appreciable in retrospect”.

On the basis of what was known to Bishop Pell in 1989, it ought to have been obvious to him at the time. He should have advised the Archbishop to remove Father Searson and he did not do so.

“These matters, in combination with the prior allegation of sexual misconduct, ought to have indicated to Bishop Pell that Father Searson needed to be stood down.

“On the basis of what was known to Bishop Pell in 1989, we found that it ought to have been obvious to him at the time.”

The report says Father Searson was the subject of many complaints over the years, mostly in relation to his conduct at Doveton and Sunbury.

In addition to some complaints of child sexual abuse, other complaints were made about his “unpleasant, strange, aggressive and violent conduct”.

The commission heard evidence that in 1974 Father Searson, while chaplain to the Villa Maria Society for the Blind, had raped a young blind woman – an allegation that was reported to then Melbourne Archbishop Frank Little, with no result.

While based in the northern Melbourne outer suburb of Sunbury from 1977-1984, among various reports of concern was one from a priest to Archbishop Little that Father Searson was conducting sex education with individual students in his bedroom.

After being transferred to the Melbourne outer eastern suburb of Doveton in 1984, a teacher at Holy Family School reported that Father Searson had pulled a gun on students sometime in 1988.

The matter was reported to police who raided the Doveton presbytery.

No gun was found, but Victoria Police Assistant Commissioner Stephen Fontana told us that police located a property receipt, which showed that Father Searson had handed in a revolver on 19 January 1987 during a police amnesty, the report noted.

On 15 March 1988, it was reported that Father Searson had come across a cat in the school grounds, picked it up by the tail and swung it over the fence surrounding the school, killing it.

Confronted about his behaviour the priest “agreed the details were correct” but said that the cat was already dead.

The report details a litany of complaints, concern and outrage – some of which pre-dates Cardinal Pell’s time as Archbishop – culminating with a November 1989 meeting between then Bishop Pell and the delegation of staff from Holy Family School.

The list of grievances in that meeting included the harassment of staff and parents, the cat incident and Searson’s unnecessary use of children’s toilets.

Another incident in 1987 was also raised when primary-school-aged altar boys at a funeral were allegedly called over by Father Searson to the coffin and asked, “have you ever seen a dead body?”.

He then opened the coffin and showed them the body”.

Father Searson denied the substance of the allegations and on the boys’ toilet allegation said he was trying to to overcome “a graffiti problem”.

In his response to questioning over his response to the delegation, Cardinal Pell said he formed the early view that Father Searson was “a disconcerting man” and a “difficult customer”, but said he knew “very little” of the complaints.

Cardinal Pell’s evidence to the Royal Commission was that, despite his request for a briefing, he was not given the full details of previous allegations against Father Searson and that he was told “certainly there were problems but they were insufficient to remove Searson”.

In the years after the delegation from Doveton met with then Bishop Pell, there were further incidents.

According to the report, in 1991 parents complained that Father Searson had pulled children’s hair, put children’s heads in his knees, stabbed a bird to death with a screwdriver and observed boys going through showers on camp.

An altar boy known only as ‘BVC’ gave evidence that from 1992 Father Searson raped him anally and orally over the course of the next four or five years. The boy told his parents only in 2014.

The royal commission report said the story of BVC “reveals the tragic consequences of inaction”.

“If Father Searson had been removed before 1992, BVC may not have been sexually abused.”

The report also details evidence that in 1993, Father Searson allegedly confronted two girls at the church doors, produced a knife, held it to the chest of one of the girls and told her not to go any further “or it will go through you”.

“Father Searson admitted that the allegation was true but said it was a joke,” the report says.

In April 1993 police investigated a complaint that the priest had assaulted a young girl, but her parents did not want the matter to proceed.

In 1997 Father Searson pleaded guilty to physically assaulting a child and was released without conviction on a good behaviour bond.

In October 1998 Archbishop Pell commenced a canonical process for the removal of Father Searson.

The priest did not return to ministry but was never charged with any offences in relation to the sexual abuse of children.

George Pell remained Archbishop of Melbourne until 2001, when he was made Archbishop of Sydney. He was appointed a cardinal by Pope John Paul II in September 2003.

For counselling and support: