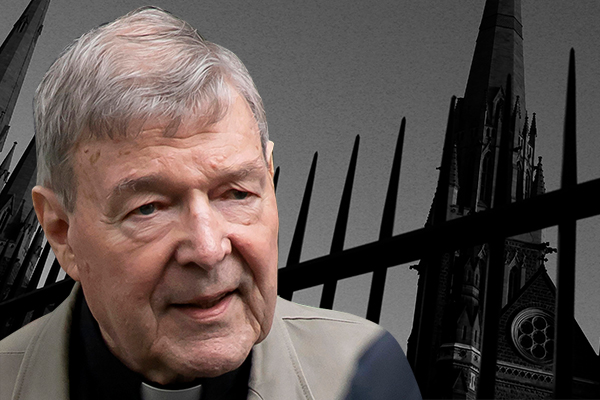 George Pell knew of sex abuse by priests as long ago as 1973, the royal commission found.

Cardinal George Pell knew of Catholic Church child abuse for decades – and “considered measures of avoiding situations that might provoke gossip” – according to the child abuse royal commission.

The comments come in redacted portions from the Royal Commission into Institutional Responses to Child Sexual Abuse that were released in the Senate on Thursday.

The report shows the commission rejected Cardinal Pell’s evidence that he had been deceived and lied to by Church officials about Australia’s worst paedophile priest, Gerald Ridsdale, and Melbourne parish priest Peter Searson.

“We are satisfied that in 1973, Father Pell turned his mind to the prudence of Ridsdale taking boys on overnight camps,” the report said.

“The most likely reason for this, as Cardinal Pell acknowledged, was the possibility that if priests were one-on-one with a child, then they could sexually abuse a child, or at least provoke gossip about such a prospect.”

Ridsdale is Australia’s most prolific paedophile priest, having been convicted of abusing more than 60 boys over decades.

The report said the royal commission was satisfied that Cardinal Pell, as an adviser to then Ballarat bishop Ronald Mulkearns, knew of Ridsdale’s abuse, and that was why the paedophile priest was moved from Mortlake, in southern Victoria, in the 1980s.

“However, we are not satisfied that Bishop Mulkearns left the explanation there, as Cardinal Pell said there would have been a discussion.

The royal commission also said that then Bishop Pell should have removed or suspended Father Searson in 1989 after a group of teachers alerted him to allegations of abuse.

“These matters, in combination with the prior allegation of sexual misconduct, ought to have indicated to Bishop Pell that Father Searson needed to be stood down,” the report said.

“On the basis of what was known to Bishop Pell in 1989, we found that it ought to have been obvious to him at the time.”

Father Searson died in 2009 without facing charges. But the commission heard he abused children in parishes and schools in three districts for more than a decade.

The 100 pages of redacted findings were released after the High Court overturned Cardinal Pell’s child abuse convictions in April. Versions of the two reports, without the redacted pages, were initially published in December 2017.