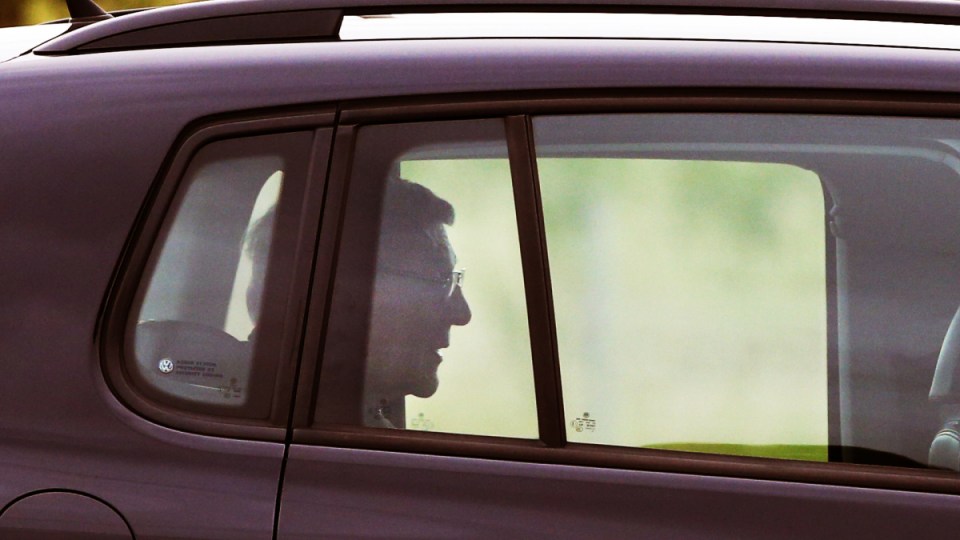 AUSTRAC has passed on information to police about allegations of payments from the Vatican in relation to the George Pell trial. Photo: AAP

Within hours of the High Court quashing his sexual abuse conviction on Tuesday, Cardinal George Pell was greeted by a nun in East Melbourne, where he was filmed by a media helicopter limping back into the welcome arms of the church – and, most likely – a life out of the spotlight.

From an isolation prison cell he returned into a community that is self-isolating and also set to keep him at a distance – the days of Cardinal Pell being the Catholic Church’s singular and authoritative moral voice in Australia appear over.

For while the High Court’s unanimous decision on five convictions prompted cheers from his supporters and outrage from anti-abuse advocates, the Cardinal’s leading role in the wider church is in doubt.

Cardinal Pell retains loyalty and influence among an inner circle of senior clergy, many of whom he appointed, but the ground has shifted in the past four years as he battled his way through the courts.

Pope Francis may have given the Australian a nod when dedicating his Tuesday mass “to persons who suffer an unjust sentence through persecution”, but there are still civil cases pending that will concern the Vatican.

On the convictions, related to events in 1996, the High Court found “the evidence did not establish guilt to the requisite standard of proof”, however the court cases and the debate around the Cardinal’s conduct has clearly left him a diminished public figure.

A Vatican inquiry shrouded in secrecy under canon law also remains ongoing and, although it will take into consideration the High Court decision, it will likely consider other issues and, possibly, even other allegations.

In a statement, the Vatican welcomed the High Court verdict. It did not reference the status of the church’s internal investigations but said “the Holy See reaffirms its commitment to preventing and pursuing all cases of abuse against minors”.

“Cardinal Pell has always maintained his innocence, and has waited for the truth to be ascertained,” the statement read.

He will also get no respite from court proceedings, with several civil cases pending and the release of redacted details of the Royal Commission into Child Abuse set to shine a further light on his role in responding to abuse allegations against other clergy.

And, while retaining his cardinal’s red hat for life, on June 8 next year the Victorian turns 80, meaning the veteran churchman will no longer be eligible to join the College of Cardinals to elect a Pope.

His influence as ‘the Pope’s banker’ and financial-corruption fighter with the exalted title Secretariat for the Economy expired in February last year, having already finished a five-year term as one of the Pope’s Cardinal Advisers at the end of 2018.

Author and journalist Lucie Morris-Marr, who covered the Pell trials for The New Daily, and subsequently wrote the book Fallen, charting the case, believes the Cardinal’s long-term future is “bleak”.

“There are civil cases brewing against Pell, let alone the redacted sections of the Royal Commission regarding what the Cardinal may have seen, heard or ignored as a young priest and during his career,” Morris-Marr said.

“They are effectively the smoking guns which remove any chance of him regaining his reputation.

His convictions may well have been quashed, but my sources say Pell will not be welcome in Rome by Pope Francis due to the extent of the scandal.’’

Morris-Marr said the public outrage would also be too great for Cardinal Pell to have a formal role in the Australian Catholic Church.

“I expect his only option will be to quietly live out his days securely with close family or friends, or in a seminary such as the one in Sydney where he spent many months during his case,” she said.

In a statement, Cardinal Pell appeared to maintain that his now-overturned convictions had been the result of his leading role in the church’s response to sexual abuse allegations.

“My trial was not a referendum on the Catholic Church; nor a referendum on how church authorities in Australia dealt with the crime of pedophilia in the church,” the statement read.

“The point was whether I had committed these awful crimes, and I did not.”

With the convictions quashed and other allegations about Pell failing to meet the standard required to proceed to criminal court, the issue now becomes how the church can move on from the scandal.

Australia’s Catholic bishops acknowledged Cardinal Pell’s acquittal will be devastating for many people, but welcomed by those who believe in his innocence.

Sydney Archbishop Anthony Fisher was among those welcoming Cardinal Pell’s release, but others among the faithful were not so fulsome.

Victorian parish priest Andrew Hayes said he did not share the relief felt by some.

“My concern is less about what happens to Catholic clergy in the courts and more with what happens for the thousands of people we broke,” the Ararat and Stawell priest said in a Facebook post.

“We broke them because we thought that illegal rape was only immoral.

“We broke them because we were immature in so many ways, and then were vested with a dysfunctionally isolated authority.”

The church’s response has long been criticised for being more concerned with legal intricacies than compassion.

The father of the choirboy who died in 2014 – one of the boys the Cardinal had been accused of molesting – said through his lawyer Lisa Flynn that he was heartbroken for the surviving boy who came forward.

“My fear is this will stop those with allegations of child abuse, [they] will not come forward to face years of being in a challenging legal quagmire, only to be accused of being a liar,” the father said.

And while the Cardinal is free, author Morris-Marr believes he will remain a reduced figure.

“This has been a protracted, fiercely fought battle lasting from 2017 when he was first charged. He’s not the same man who came to court that first day,” she said.

“He’s been convicted, lost his reputation, seen his role in Rome expire, and spent time incarcerated in isolation in two Victorian prisons.