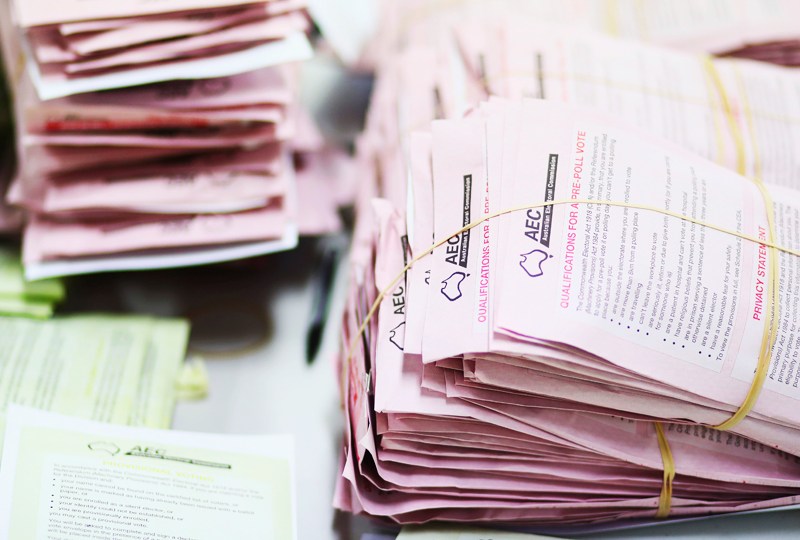 The AEC has completed counting in all but three of the seats in the 2019 federal election. Photo: Getty

Nationals candidate Anne Webster has won the final outstanding seat of Mallee on Liberal preferences, giving the Morrison government 77 seats in the House of Representatives.

Labor will go into the 46th parliament with 68 seats, while there will be six MPs on the crossbench – one Green, one Centre Alliance, Bob Katter and three independents.

Liberal Zed Seselja, who has been in the upper house since 2013, and Labor’s Katy Gallagher were confirmed as the two senators for the ACT on Friday.

Senator Seselja’s Labor counterpart – a former ACT chief minister – is returning to the Senate, where she sat for three years before being ruled ineligible in 2018 over dual citizenship.

On Thursday, the winners in all but three seats were formally declared as counting was almost completed following the May 18 federal election.

However, on Friday the Australia Electoral Commission website showed the LNP’s Michelle Landry had held onto her seat of Capricornia with a 11.7 per cent swing.

And Tanya Plibersek has held onto her seat of Sydney with a 3.36 per cent swing, according to the AEC’s latest update.

Labor senator Lisa Singh, who successfully campaigned for a below-the-line vote in 2016, did not hold onto her seat.

She received a similar level of support to the 2016 election. However, it wasn’t enough to return her this time, with the quotas doubled since only six seats were open, not the 12 of the double dissolution.

“I am going to take some time to reflect on what the next chapter of my life looks like,” she said.

“However, I will leave the Senate content that I have done my best.

“Despite the negative view of politics at the moment, I’ve found it an honour to represent the people of Tasmania and help make a difference in their lives. I know there are other decent politicians on all sides who work hard to do the same.”

The Northern Territory’s two senators were the first to be finalised.