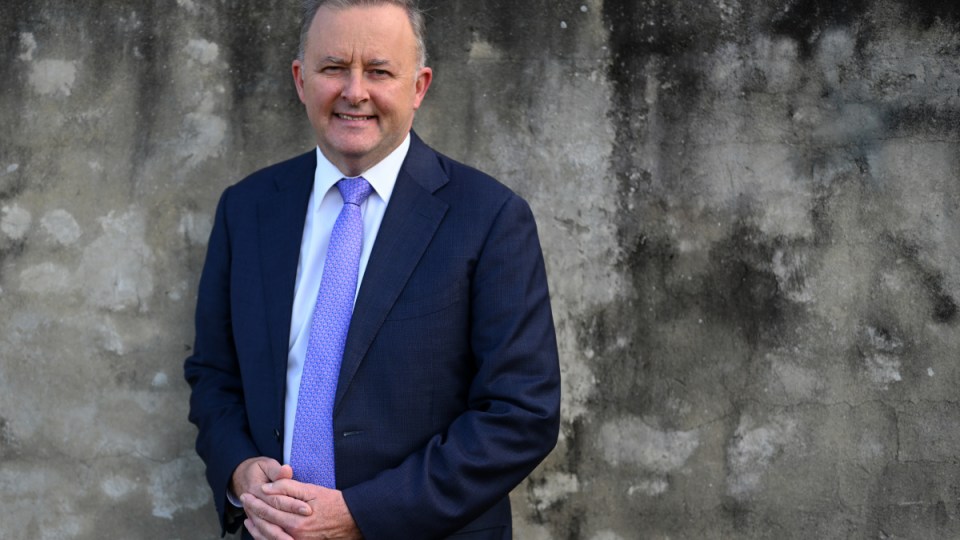 Anthony Albanese is officially the new leader of the Labor Party. Photo: AAP

Anthony Albanese has promised to hold Scott Morrison to account “strongly, forcefully”, but also says he won’t be a Tony Abbott-style opposition leader.

“People want solutions, not arguments. They have conflict fatigue. Some reforms require bipartisan support,” Mr Albanese said on Monday, at his first media conference since the leadership announcement.

Nominations for the role of federal Labor parliamentary leader closed on Monday morning and, as expected, Mr Albanese was the only person to put his hand up.

“I have been elected to lead but I pledge to always remember that we are also here to serve, to serve all Australians,” Mr Albanese said in Sydney.

He wants to reach out to the one in four voters who didn’t vote for Labor or the Coalition at the recent federal election.

“Both of the potential government parties in this nation need to acknowledge there’s a weakness in the system when the level of the vote is that high,” Mr Albanese said.

The Labor leader-to-be congratulated Mr Morrison on winning the election.

“I will hold his government to account, strongly, forcefully,” Mr Albanese said. “[But] I’m not Tony Abbott.”

Bipartisan reforms would include finding a way to recognise Indigenous Australians in the constitution and to delivering business certainty on energy policy.

“The time for the ongoing conflict on these issues surely is over,” he said.

As Leader-elect of @AustralianLabor I understand the responsibility that I have been given, not just to the party, and its supporters, but to our nation. I pledge to always remember that we are here to serve all Australians.
Watch my first press conference as Leader-elect here. https://t.co/5xKwnVhUMs

Mr Albanese said unions and businesses had common interests in a strong economy, and he supported job creation as a core issue for governments to achieve.

But he said Australia couldn’t judge the economy separately from the people it was meant to serve.

“I believe in an inclusive society, one that looks after the most vulnerable,” he said.

Victorian MP Richard Marles is in line to be Mr Albanese’s deputy, again being the only person with his hat in the ring for the job on Monday.

Both men have promised to talk to voters who didn’t vote Labor to make sure they understand last Saturday’s shock election loss.

“It’s really important that we understand what happened at the election. It’s important we make sure we’re talking to the widest range of people we can,” Mr Marles said on Sunday.

Labor has had a man and woman in the leadership team since 2001, except for a three-month stint in 2013 after Kevin Rudd got his revenge on Australia’s first female prime minister, Julia Gillard.

But Victorian MP Clare O’Neil dropped out of the race for deputy after her colleagues told her she needed more experience bringing the party together behind a leader.

The federal Labor caucus will meet later this week in Canberra to confirm the long-term frontbencher as its new leader and decide who will serve as his deputy.

At least four other candidates considered a tilt for Labor’s leadership, but none officially put themselves forward when nominations closed at 10am on Monday.

Mr Albanese, on Twitter, thanked his Labor colleagues and the party’s members for supporting him.

“Together we can return our great party to government in three years [sic] time,” he tweeted.

Speaking to Melbourne radio station 3AW, Mr Marles said Labor needed to reconnect with its base.

“People who put on overalls, go to work, get dirty, come home. They have to know that we are their party,” he said.

“But it’s really important as well that we connect with people who have aspiration. And that that’s something that for people who are in that situation, that they see us as being a party for them.”