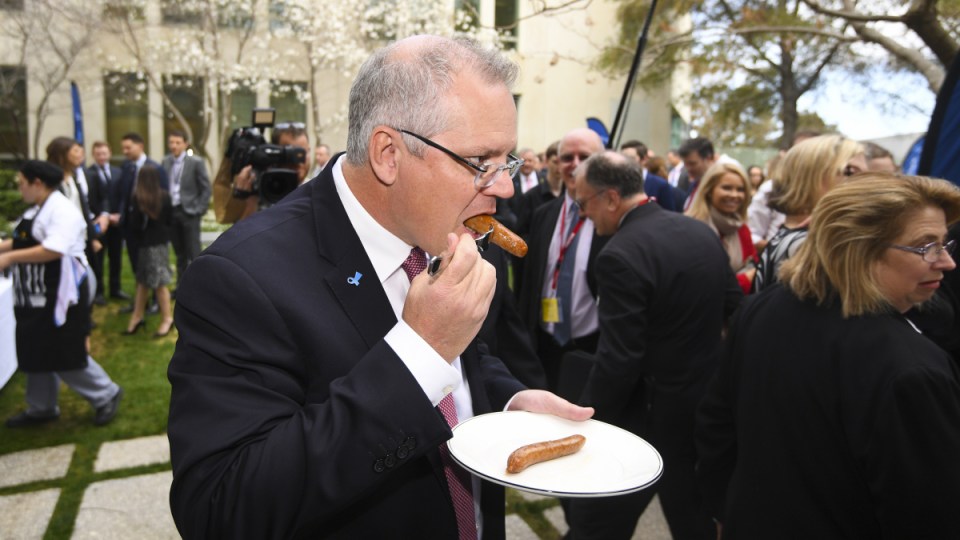 The government is backing away from a July 1 date for its promised tax cuts. Photo: AAP

Prime Minister Scott Morrison has conceded promised $1080 tax cuts from July 1 may be delayed, prompting Labor to accuse him of breaking his first promise just 48 hours after the election result.

But Mr Morrison has insisted that workers will still secure the cash in the next financial year – if necessary through an amended tax return. But only after Parliament passes the legislation.

The New Daily reported during the election campaign that the Australian Tax Office had clearly warned the Morrison government it would not pay the $1080 refunds unless the legislation for them passed before July 1.

In response, the PM and Treasurer Josh Frydenberg repeatedly insisted that the tax cuts would be in workers’ pockets from July 1 – “in 13 weeks’ time.”

But just 48 hours after the election result, Mr Morrison admitted the tax cuts might be delayed because he has to wait for the Australian Electoral Commission to compete its count before Parliament can be recalled.

“There’s a lot of work to do and we’re getting about it straight away,” he told Sky News on Tuesday.

“We hope to convene the Parliament again as soon as we can. We obviously have to wait for the writs to be returned and there’s a formal process for that. At the moment that’s not looking until very late in the back end of June, so that really does make very narrow that opportunity to do it before the 30th of June.”

“I think that’s very unlikely with the advice I’ve received.”

A spokesman for Mr Morrison confirmed the cuts would be delivered through amended returns if necessary.

“Tax relief will be delivered in 2019-20 as promised, and will not be delayed by a year by the Parliament not sitting in June as speculated in the media today,” he said.

“The election is not even a couple of days over and Scott Morrison has broken his promise. And it’s worse than that – he lied about it,” he said.

“He’s now said that the Parliament won’t come back and they won’t pass the tax cuts and they might need to wait a year. He said back then – it doesn’t matter, Parliament doesn’t need to sit and I could do it administratively. I pointed out that that was wrong and the ATO said it was wrong. And he denied it. He wasn’t telling the truth.

The government’s decision to present the $1080 tax cuts in a single piece of legislation with other cuts for higher income-earners could result in further delays, unless the PM agrees to “split” the bills to allow Labor to vote for the tax cuts.

A senior government source told The New Daily “it’s a total tax plan, which has been endorsed at an election. We will aim to get the whole lot through”.

But the promised tax cuts for higher income-earners – including reducing the 32.5 cent rate to 30 cents by 2024 – are also likely to be blocked by the Senate.

The cuts were announced in the April budget, but Mr Morrison did not try to legislate them before the election – despite bipartisan support from Labor.

The day after the budget, Mr Morrison was asked if this decision might delay cuts for workers from July 1.

“It won’t make a difference whether it’s introduced this week or not,” he told the Nine Network on April 3.

“If the Labor Party says they support our tax cuts, then the tax office can administer it on that basis.”

During the election campaign, the ATO provided a statement to The New Daily confirming it could not deliver the tax cuts administratively.

“If the law for these tax cuts passes after June, we could also retrospectively amend assessments to provide the tax cut once the law is passed,” it said.

Mr Frydenberg told The New Daily in April there was “no impediment” to the changes being implemented – arguing several weeks of parliamentary sittings were likely before July 1.

“Should the government be re-elected, the timing of the election will not affect low- and middle-income earners receiving a benefit of up to $1080 – or up to $2160 for a dual-income family,” Mr Frydenberg said.

“Taxpayers will be able to access the offset after they lodge their end-of-year tax returns from 1 July, 2019, which is in just 13 weeks’ time.

“This is consistent with past practice.”

Now, the Prime Minister has revealed that is no longer the case.