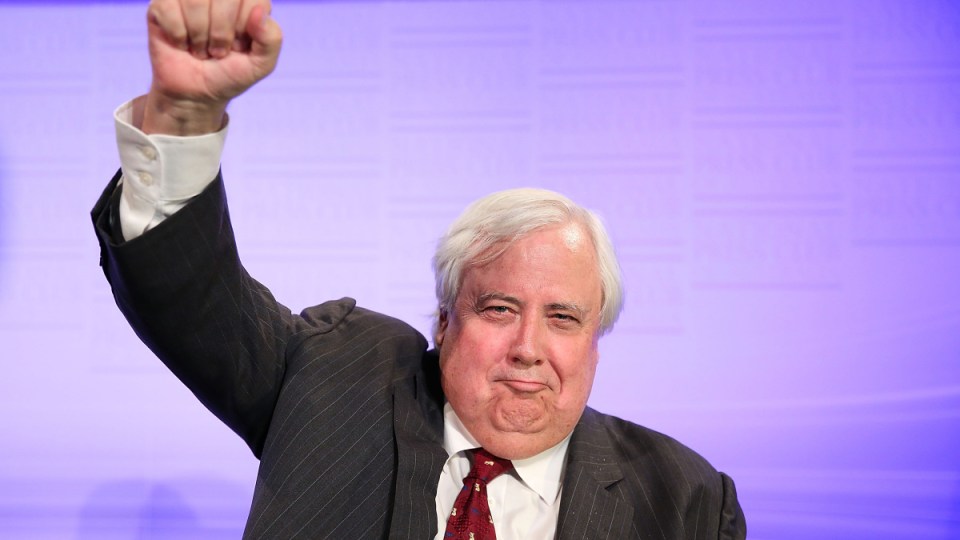 Businessman Clive Palmer says his federal election advertising spending of about $55 million was a better use of his fortune than donating to charity.

Mr Palmer’s United Australia Party (UAP) secured 3.4 per cent of the nationwide vote, but failed to win a seat in Parliament.

Mr Palmer, who estimated he had spent between $50 million and $55 million on advertising during the campaign, ran as a Senate candidate in Queensland.

He said he had spent the past two weeks of the campaign trying to stop Labor leader Bill Shorten becoming prime minister.

“We thought that would be a disaster for Australia,” Mr Palmer told ABC radio Brisbane.

“We decided to polarise the electorate and put what advertising we had left that hadn’t been used into explaining to Australian people what Shorten’s economic plans were for the country and how they needed to be worried about them.”

Mr Palmer said his party’s preferences had helped to secure victory for the Coalition.

He said he was not concerned that his party had not secured a single seat in the House of Representatives or the Senate.

Mr Palmer denied he would be seeking any favourable treatment for his business interests from the Coalition in return for his support.

“We were massively swamped by private vested interests and billionaires when it came to campaign spending,” Mr Swan said.

“The future of our democracy is under threat when an individual can spend $60 million in chequebook democracy, basically in a revolving preference deal with the Liberal Party, to help steal an election.”

Mr Palmer said he was no different to other political parties or lobby groups spending money on advertising campaigns.

“What about The Greens? What about Get Up? It’s just a load of rubbish — he’s [Wayne Swan’s] just a sore loser,” Mr Palmer said.