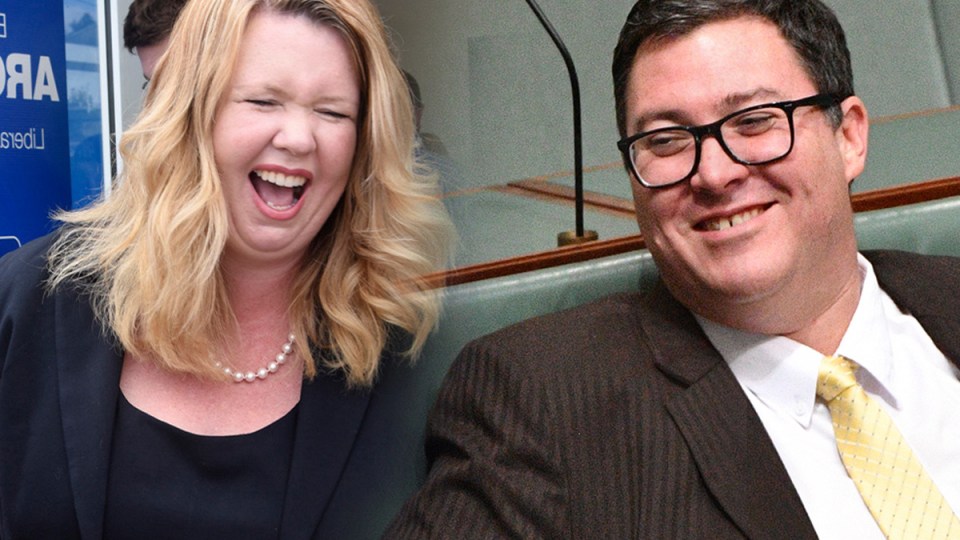 Queensland and Tasmania have handed the Liberal party the mandate to govern. Photo: Jo

As Prime Minister Scott Morrison delivered his victory speech to the party faithful on Saturday night he asked one question that sent the room ballistic: “How good’s Queensland?”

In events that left the nation divided and the Labor faithful in shock, Queensland handed an extraordinary win to the Coalition across more than two-thirds of the state. Voters in Tasmania also bolstered the Coalition’s fortunes.

The LNP victory swept through working-class regions, allowing the government to pick up at least 23 seats in what was described as a “wipe out” for Labor by election analyst Antony Green.

Peter Dutton, who held onto the marginal seat of Dickson with a two-candidate-preferred vote of 54 per cent, opened his victory speech with a Paul Keating quote.

“This is the sweetest victory of all,” he said.

“People didn’t want Bill Shorten as prime minister of this country, and they’ve spoken tonight, and in Queensland I think we’ve delivered in magnificent form.”

The results defied the polling.

In the previously safe seats of Blair and Lilley, Labor suffered swings of 5.2 per cent and 7.7 per cent respectively. The seat of Longman was also returned to the Coalition.

Statewide, the ALP suffered a massive swing against it of 4.26 per cent.

“It’s been tough in Queensland for a fair while for Labor federally,” Labor senator Penny Wong told the ABC.

Capricornia Liberal MP Michelle Landry cited the convoy of anti-Adani protesters as the reason she picked up a massive swing.

“Thank you Bob Brown is all I can say,” she said.

Dawson MP George Christensen polled a two-candidate-preferred vote of more than 65 per cent in what was heralded as a triumphant win for the divisive politician.

“The issues that shone through were all about local jobs,” he said on Saturday night.

“[They] were all about coal mining, a tax on farming, all about the Bob Brown convoy coming up here, how close the Labor Party is to the Green movement now.”

Clive Palmer claims he was a helping hand in the victory

Mr Palmer claimed Prime Minister Scott Morrison had him, and him alone, to thank for the win.

“It’s clear Scott Morrison has been returned as Prime Minister and he’s only done so because of the 3.5 per cent of the vote of the United Australia Party,” he told 7News.

In the Senate, Fraser Anning is out, while prominent One Nation candidate Malcolm Roberts looks like he’s in.

Tasmania also delivered for the Liberals, with both Braddon and the bellwether seat of Bass turning blue.

The state turned almost entirely red at the 2016 federal election, with Bass MP Andrew Nikolic, Braddon’s Brett Whiteley and Lyons’ Eric Hutchinson all defeated after having served just one term.

This time around though, the result fell in the Liberals’ favour.

Conceding defeat, Labor’s Ross Hart said the Liberal Party had “no positive story” for the electorate, and apologised for his loss.

The bellwether seat is a key win for the Coalition and will make candidate Bridget Archer the first Tasmanian female Liberal member for the lower house.

Speaking at the Liberal function, Ms Archer teared up as she thanked her team for their work throughout the campaign.

“I’m so grateful for your support,” she said. “We went into this seven months ago and things were looking tight and we’ve turned it around.”

The Liberals also picked up the Tasmanian seat of Braddon, with first-time candidate Gavin Pearce ousting Labor’s Justine Keay, just a year after she re-won the seat in a by-election.

The Liberals campaigned hard across the Apple Isle with Mr Morrison visiting Tasmania 10 times since the beginning of the year.

Perhaps sensing the winds of change, he spent Saturday morning shaking hands and chowing down on a democracy sausage at Norwood Primary School in Launceston.

Lambie returns – and she isn’t holding back

Outspoken Tasmanian Jacqui Lambie, who infamously revealed to the nation that she liked her men “well-hung” while on live radio, looks set to return to the Senate.

Never one to mince words, Ms Lambie said the Coalition had “crapped” down her throat but she would still work with them.

“And I’ve never had that problem with Labor.”