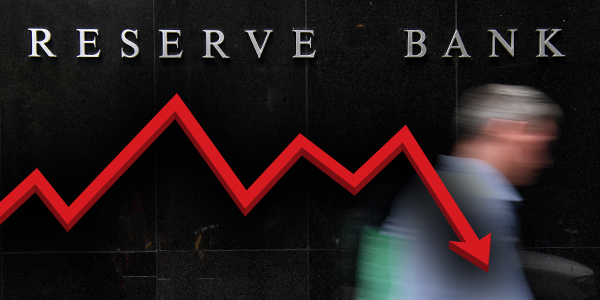 However, the central bank is now forecasting 2.5 per cent growth, below 2.75 per cent previously forecast and what was in budget.

Prime Minister Scott Morrison has tried to brush aside the Reserve Bank’s latest downgrade to its economic forecasts saying they are now consistent with his government predictions.

The independent central bank in its quarterly statement on monetary policy released on Friday showed it is now forecasting year-average growth for 2018/19 at 2.25 per cent.

This is down from its 2.5 per cent prediction made three months ago, but is now in line with last month’s federal budget.

“The forecast the RBA has outlined is now consistent with the forecast we had in the budget,” Mr Morrison told reporters in Melbourne on Saturday.

“We have always taken a very conservative approach when it comes to the forecast.”

However, for 2019-20 the Reserve Bank is now forecasting 2.5 per cent growth, below both the 2.75 per cent it had previously forecast and what the government had in the budget.

Furthermore, on a year-end basis, the central bank has slashed its forecast in the financial year to June 2019 to just 1.75 per cent.

That is down from 2.5 per cent previously and a full percentage point below what is seen as Australia’s potential growth rate at 2.75 per cent.

The Reserve Bank said its forecasts were based on the assumption that the cash rate will need to be cut twice to 1.0 per cent from 1.5 per cent, where it has stood since August 2016.

It noted there was some uncertainty about the labour market.

“The decline in job advertisements points to a much weaker outcome for employment in the near term than the leading indicators from business surveys,” the central bank said.

After leaving the cash rate unchanged at this week’s monthly central bank board meeting, financial markets are now factoring in a greater than 50/50 risk of a cut to 1.25 per cent in July.