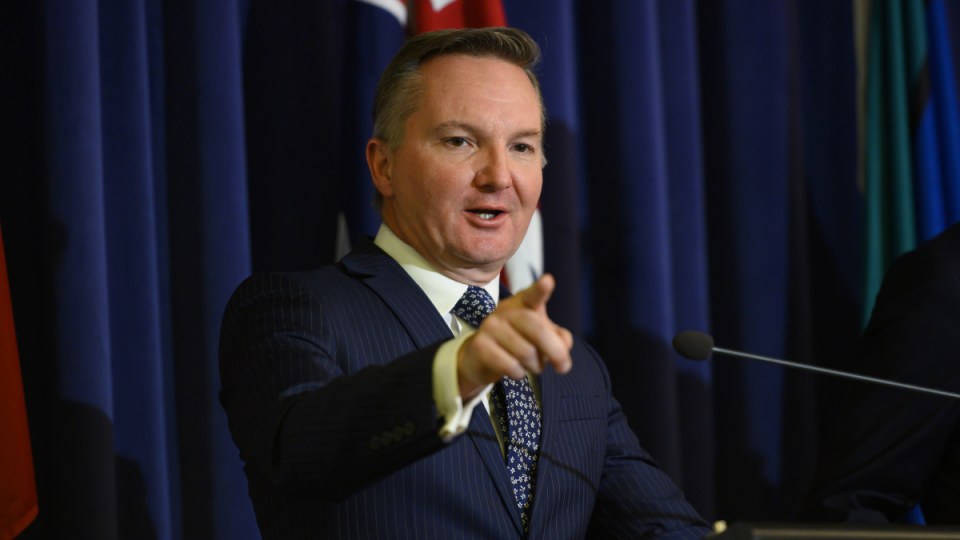 Labor’s plan to repeal tax cuts for people earning more than $120,000 a year will raise an extra $285 billion in income taxes in the next decade.

But Labor is still promising bigger and better budget surpluses under a  government led by Bill Shorten than with Scott Morrison as prime minister.

The opposition argues that pledge underlines “the biggest lie” of the election campaign: the Liberals’ claim to be better economic managers.

The 10-year income tax hit from repealing Mr Morrison’s “on the never-never” tax cuts is outlined in Labor’s final election costings, which were released on Friday.

Labor’s treasury spokesman, Chris Bowen, left the door open to tax cuts down the track. But he said he would not agree to the Coalition’s plan for further cuts in 2024.

“When the budget returns to sustainable surplus, that’s when tax relief can prudently and sensibly be considered and delivered,” Mr Bowen said.

“I agree with Peter Costello: Tax relief should be delivered budget by budget, term by term – not on the never never.”

Some of these tax cuts are already legislated, which means a Shorten government would need to repeal them. Others were announced in the 2019 budget and have not passed Parliament.

“We are diverting this money to deliver bigger surpluses, pay down debt faster, and to pay for our major commitments on services and cost of living relief,” Mr Bowen said.

The pledge is underpinned by $154 billion in new taxes in the next decade, including limiting negative gearing to newly built houses, dividend imputation refunds and a crackdown on trusts and superannuation loopholes.

Despite Labor’s focus on a crackdown on “the big end of town”, its election costings confirm reforms to force multinationals to pay more tax will be a far more modest impost than its other proposals.

The costings confirm what the Liberals have labelled the “retirees’ tax” – dividend imputation tax reforms – is the biggest saving to the budget bottom line. It will generate $58 billion in the next decade.

By 2029-30, having abolished the concession that gives cash refunds for excess dividend imputation credits will save the budget $7 billion a year.

Labor’s policy exempts aged pensioners, unless they are in a self-managed super fund.

“The Liberals will run a dishonest campaign about who is impacted,” Mr Bowen said.

The next biggest tax change is the proposed reform to negative gearing, which will abolish $32.5 billion in concessions for property investors in the next 10 years.

The budget saving will rise from a modest $292 billion in its first six months of operation rising to a stunning $7 billion a year by 2030.

By contrast, the crackdown on multinational tax avoidance by the “big end of town” will deliver a modest $6.8 billion over 10 years.

Beyond the forward estimates, Labor’s budget bottom line will also commit the same tax-to-GDP ratio that the Howard-Costello government reached in its time in office – a “technical working assumption that tax receipts do not rise above 24.3 per cent of GDP over the medium term”.

Mr Bowen said a Labor government would achieve a budget surplus in 2019-20, the same year as the Liberals, and every year after. It would also deliver bigger budget surpluses over the forward estimates and in the medium term.

The $154 billion Labor says it will raise is substantially lower than the $387 billion figure Mr Morrison has consistently used to attack Labor’s tax hit if it is elected.

Because the Coalition has abandoned Mr Morrison’s proposed tax cuts for middle and high-income earners from 2022, it argues the actual hit from the opposition’s proposals is still twice the amount claimed by Labor – when the income tax cuts Labor plans to axe are repealed.

Friday’s release of election policy costings is early by historical standards. In 2013, the Liberals waited until just days before the federal election to release their costings.

“We have a clear plan to get wages moving, not more tax loopholes for the wealthy and top end of town.

Mr Bowen said, based on forecasts and projections in the pre-election fiscal outlook, Labor’s plan would “show a budget surplus in 2019-20, the same as the Liberals, and every year after”.

“We will show bigger budget surpluses over the forward estimates and the medium-term, achieving a surplus of 1 per cent of GDP by 2022-23, four years earlier than the current government trajectory,” he said.

But Treasurer Josh Frydenberg said there was a hole in Labor’s costings because it failed to consider the economic impact of its taxes on the economy or budget for expected increases to Newstart.

“What the Labor Party fails to do in these costings is explain the major and detrimental economic impacts these higher taxes will have across the economy.

“How many Australians will lose their jobs, how many will see their wages fall, and how much will economic growth and economic activity be affected by Labor’s $387 billion of higher taxes?,” he said.