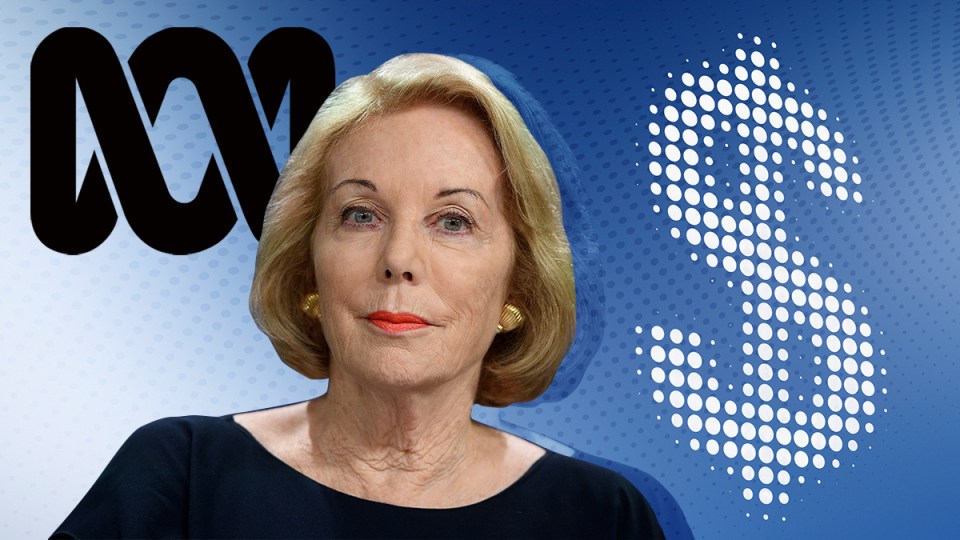 Quentin Dempster says Ita Buttrose has taken the chairmanship of the ABC at a crucial time in its history.
analysis

National treasure Ita Buttrose has taken the chairmanship of the ABC at a crucial time in its history.

If the Scott Morrison coalition government is re-elected on May 18 one of the Buttrose board’s first tasks will be to order the further downsizing of the broadcaster to accommodate an $83.7 million funding cut over three years from July 1.

Newly appointed ABC managing director David Anderson has contingency plans to put before the board, requiring cuts to ABC programs and output, and employee retrenchments expected to be in the hundreds.

Mr Anderson told Patricia Karvelas’ RN Drive on Monday evening that “if the Coalition is returned then we have an $84 million budget reduction over the next three years and, having been through a number of budget reductions to this point, I don’t see how we can avoid staff cuts and, I think, disruption to our content.

“They are all options that are not in keeping with what we are trying to achieve and that is to be independent, innovative and invaluable over the coming year.”

Although the Morrison government renewed tied funding ($40 million) for an Enhanced News Gathering program in the recent 2019 budget, Ms Buttrose, her board and Mr Anderson also must prepare for the release on yet another “efficiency” review of the ABC.

This was commissioned by Minister Fifield in 2018 and the completed report has been sitting on the minister’s desk since October.

Although the terms of reference exclude any consideration of a merger of ABC with the multicultural public broadcaster SBS or subscription charges for users of ABC and SBS content, the bean counters are believed to have identified $120 million in recurrent operational “savings”.

The efficiency review was conducted by Peter Tonagh, former chief executive of News Corp and Foxtel and Richard Bean, media lawyer and former acting chairman of the Australian Communications and Media Authority (ACMA).

Sources have told The New Daily that if “operationalised” this would entail a substantial reduction in current output by both broadcasters.

It appears that the Tonagh-Bean report will not be publicly released before electors determine the future government of Australia at the ballot box on Saturday week.

At a Sydney Writers’ Festival panel discussion on Whose ABC? last Saturday, former ABC managing director Mark Scott referred to the need for all to see the Tonagh-Bean report.

Mr Scott supported recent calls for ABC funding to be de-politicised by being spread over 10 years.

ABC funding needed to be removed from the “grinding incrementalism” of the current political cycle, Mr Scott said.

In his RN Drive interview, Mr Anderson said he had already written to the government advocating five-year funding.

Also facing Ita Buttrose is a renewed push to privatise the ABC.

Last month on Sky News, Institute of Public Affairs director John Roskam called for the ABC to be privatised.

This followed the publication last year of an IPA-commissioned book on ABC privatisation, arguing that a taxpayer-funded broadcaster was now redundant because of almost limitless content now being provided though the digital and internet revolution, on-demand video and audio streaming through smart television and digital radio.

Former ABC chairman Maurice Newman has written in his column in The Australian that a taxpayer-funded public broadcaster is now “obsolete”.

A resolution calling for the privatisation of the ABC “with the exception of regional services” was overwhelmingly carried by the federal council of the Liberal Party meeting in Sydney in June last year.

Although the Prime Minister and Communications Minister Fifield have said the parliamentary Liberal Party is not bound by this resolution, neither they nor any prominent organisational Liberal Party voice has moved to rescind it.

Apart from expediting the “unanimous” appointment of Mr Anderson last Friday evening after a week of interviews with shortlisted nominees, Ms Buttrose has yet to comment publicly on her assessment of the adequacy of ABC funding.

If there is a change of government on May 18, Ms Buttrose will have more time to stabilise the organisation for which she has taken statutory responsibility after the Guthrie-Milne bloodbath, one of the biggest political and governance boilovers in the ABC’s history.

If the Morrison government is returned, she will have to stand and fight for the ABC against all the political and rivalrous media forces now lining up to destroy or radically reduce its current place as a part of Australia’s mainstream media.

Quentin Dempster, a contributing editor, is a public broadcasting advocate. He has been working with GetUp! in its current campaign to save the ABC

Poor Ita Buttrose: The future of her ABC is now at stake in this election