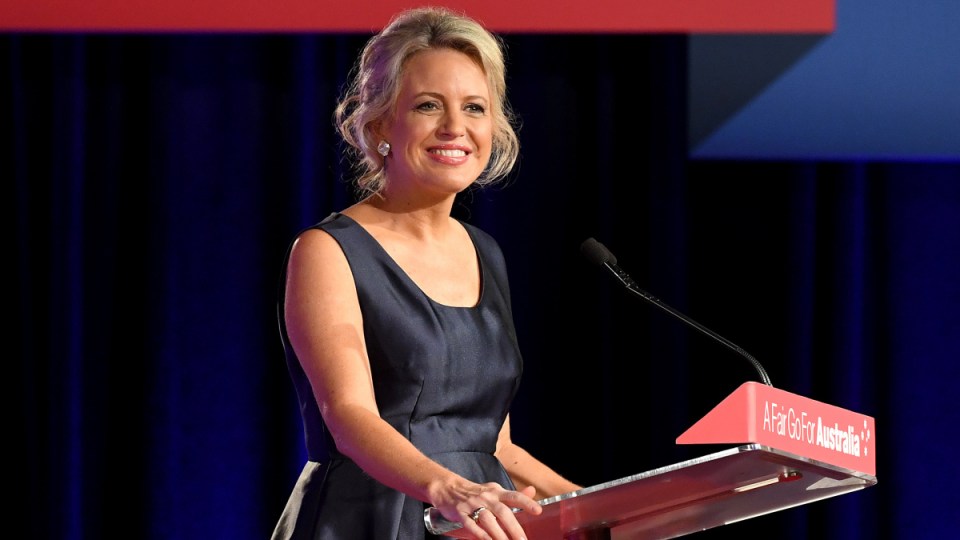 Chloe Shorten and Jenny Morrison are two very different women, but when they hit the campaign trail there’s no mystery to their identical mission.

Their power lies with their ability to soften, humanise and transform the image of their respective husbands in the eyes of voters beyond the “smirking’’ Scott Morrison and the “smarmy’’ Bill Shorten.

“I’ve seen what a great listener Bill is. Especially to those without power,’’ Chloe Shorten told Labor’s campaign launch on Sunday.

“He is truly a man for others. And what a strong advocate for people without a platform.”

Mrs Shorten has public service in her DNA.

Her mother Quentin Bryce is a former Governor-General and now her husband could be Australia’s next prime minister in a fortnight.

While Australia does not have a First Lady in the sense of the US presidency, there’s no doubt political spouses can play an important role in campaigns.

A feminist and former executive, Mrs Shorten encouraged her husband to back same-sex marriage and tackle domestic violence, but her role in the launch was a tour de force in tradition.

Describing her husband as “caring, smart, funny, gentle’’ on Sunday, Mrs Shorten said her husband was “a wonderful dad, a terrible dancer”.

She also had another weapon in her arsenal – she’s a Queenslander by birth, a key battleground for Labor.

“Let me talk about the one who I love – caring, smart, funny, gentle. He is a wonderful dad, a terrible dancer, and a very proud bulldog owner,’’ she said.

“Brisbane is where Bill got to know my elder two children when they were very little. He would take them to parks and to South Bank, to beaches. He would patiently play and listen to them for hours and hours. In our life together, that’s what I’ve seen.” 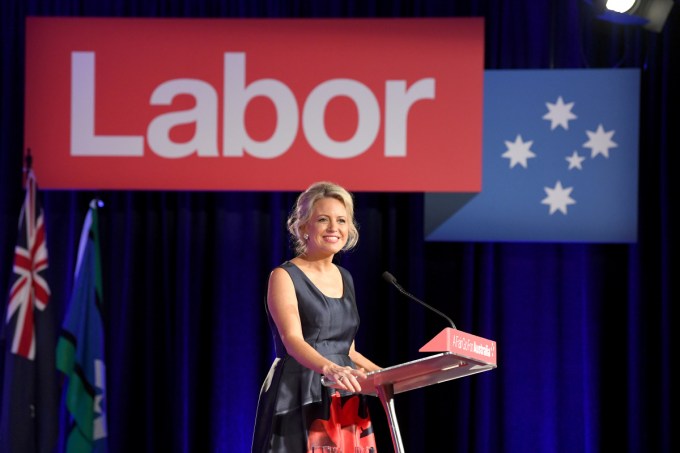 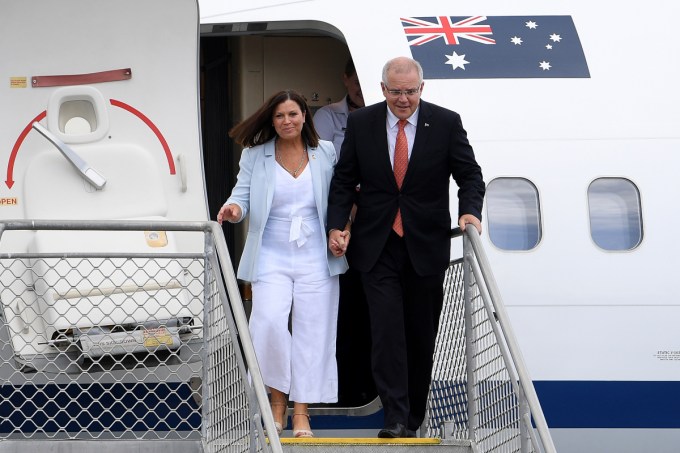 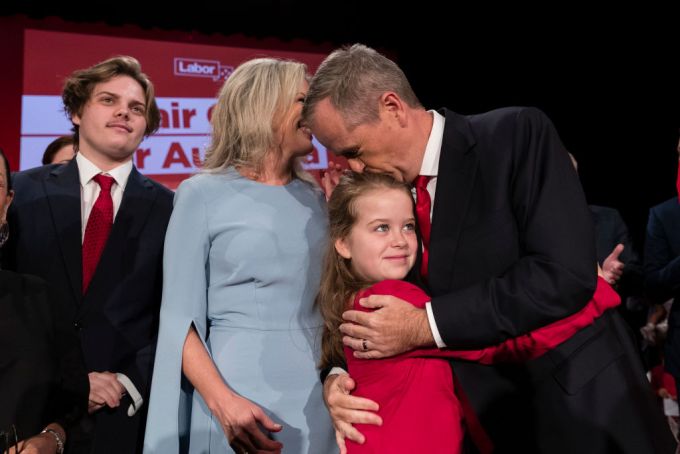 "Chloe and I know what it's like to sit in the emergency department, holding your child in the middle of the night. Photo: Getty Images 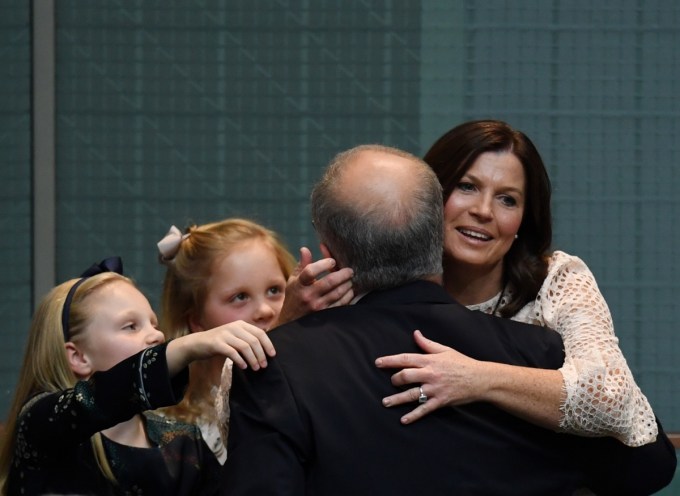 Mr Morrison is congratulated by his family after delivering the 2017 federal budget. Photo: AAP 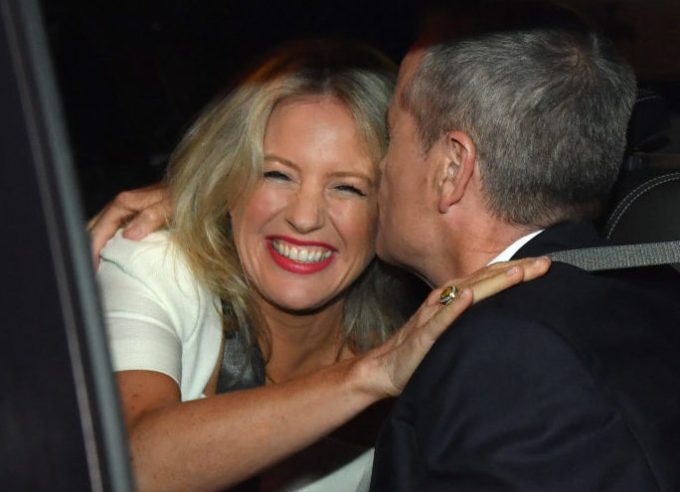 Chloe and Bill Shorten in Perth before the first leaders TV debate. 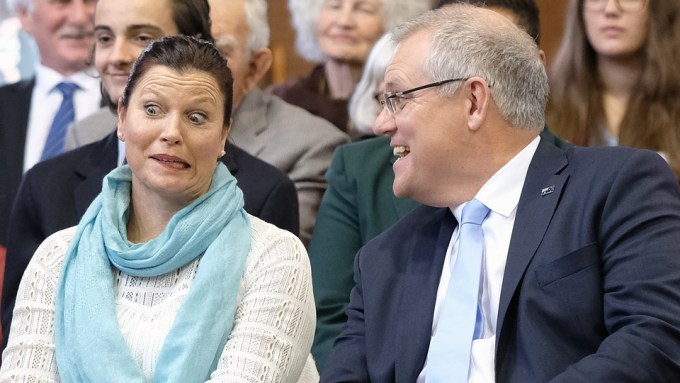 Bill Shorten and Chloe have a very modern love story.

Both were previously married – Mr Shorten to Debbie Beale and Mrs Shorten to architect Roger Parkin. She had two children with her first husband – Rupert and Georgette – before divorcing and marrying Mr Shorten. They have a third child together, Clementine.

Both women are also a huge emotional support to their husbands, who often seem happier and more relaxed when their other half joins the campaign.

The Prime Minister and his wife Jenny met as teenagers and have been together since. Soon they will celebrate 30 years of marriage.

Mrs Morrison’s down-to-earth attitude and modest style is a winner with working-class voters.  She admits she has never been a political person and is never seen in a power suit or expensive, designer clothes.

While she has a passion for mental health, she’s devoted herself to raising her girls rather than high-profile charity work. She spends hours in the car each day driving her girls back and forth to their primary school in Mr Morrison’s electorate and the PM’s official residence.

On Sunday, she spoke of her battle with depression as a new mother. She has previously revealed her 14-year battle to conceive her two daughters.

“Yes, I was very sad that I couldn’t have children,” she once said. “That framed a lot of my life.”

But when the girls arrived, she admitted motherhood could also be tough and lonely with her husband away for 20 weeks of the year or longer in Canberra.

“I remember very clearly sitting on the front steps of the house, holding a newborn, with a two-year-old running around [thinking], ‘I just can’t wait for him to walk back in that door’,” Mrs Morrison said.

She told the Sunday Telegraph: “I found myself at the doctor’s going, ‘I’m trying to do everything and I just can’t seem to do it all’.”

She also revealed that she found online comments that disrespected her Christian faith “hurtful”.

“People are always going to have those reactions to Christianity and I do not know why,” Mrs Morrison said. “To paint us all as whatever they want to paint us as is hurtful No.1, and disrespectful.”

Chloe Shorten and Jenny Morrison: Women on a mission