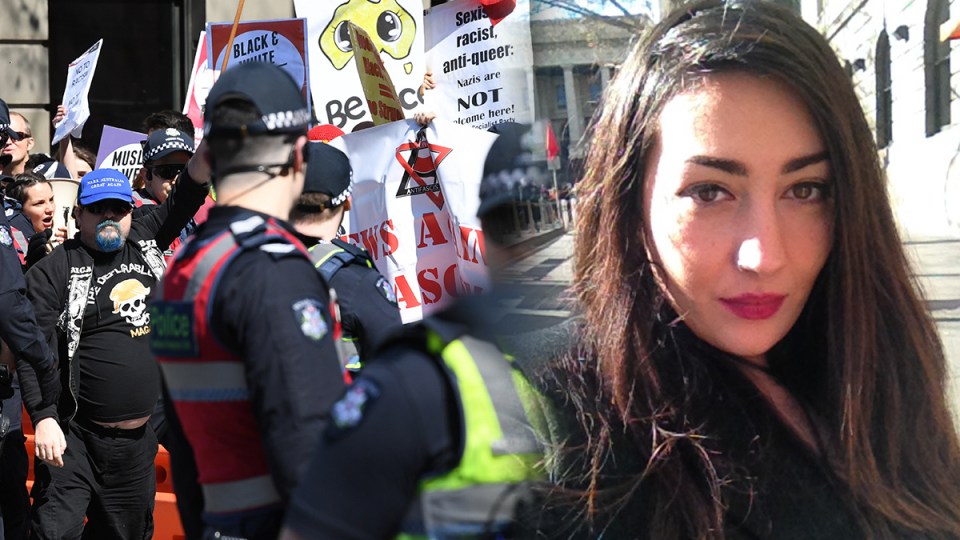 “You shouldn’t even be in Australia if you believe in Allah.’’

But what hurt even more is that it was allegedly written by a community leader, Liberal candidate Jessica Whelan.

What followed was a deluge of online trolls adding anti-Islamic hate and paying tribute to the white state. Whether Ms Whelan’s comments were “doctored” as she argues, or not, is irrelevant to me. What does worry me is the amount of support these comments received.

And how normalised those views have become. I’ve been noticing this more and more in recent weeks, and I’m fearful Australia is not properly confronting its problem with white supremacy.

On the day of the Christchurch mosque attack, Scott Morrison described the shooting as “extremist right-wing terrorism.” But, what was not acknowledged was that Australian white supremacist groups, masked as “right-wing patriots”, still continue to fuel hatred towards Muslims.

This is the very same hatred we’ve seen seeping out from the doors of Parliament House and the mouths of some leaders from Australia’s One Nation party.

After receiving backlash for his comments, Anning still made deplorable statements against Islam after the devastating bombings in Sri Lanka on Easter – condemning all Muslims instead of extremism.

However, these views are not at all uncommon. Four years ago I met with one of Australia’s far-right leaders – a known Nazi supporter, who echoed Anning’s words.

I still remember how that day unfolded. He said he would meet me at 3 pm in Melbourne, but he was running late. I remember being shocked that a far-right leader with anti-Muslim views would ever agree to be interviewed by me – a Lebanese migrant born to Muslim parents.

I snuck behind a wall of police, which was dividing left-wing protestors from far-right members. I crossed the line into the side of hate to meet with him.

Half an hour passed before a tall, bulky, blonde man finally appeared. He was wearing a tight black shirt and dark sunglasses and he stood in front of me with his arms crossed and feet shoulder-width apart.

I approached him with my hand out ready to shake his. I still remember the words he barked before I could even state my name.

“Who are you?” he said, looking me up and down with disgust. I reminded him that I was the journalist he’d agreed to meet, that he had promised an exclusive interview.

What he said next had been said to me before. He pointed at me and said, “I didn’t think I was talking to one of them… I didn’t know you were one of them.”

He said my white-passing name had tricked him, and he wanted nothing to do with me.

He said he was shocked that one of ‘them’ was capable of fair and accurate journalism (alluding to my apparent lack of “proper” English).

Four years on, I’m still baffled by the encounter. I don’t wear an Islamic head covering (hijab) and my first and last name could easily conceal my Muslim heritage.

I’m left only assuming that my thick wavy hair, dark eyes and sharp nose must have been a clear indicator. My appearance meant I was ‘them’ to him – I immediately felt the divide. This was about ‘Us’ and ‘Them’ and he had picked a side.

Unsurprisingly, it was widely reported that the Christchurch mosque attack gunman supported this very same man and he commented in the same white supremacist hate groups that he fronted.

Following on from the New Zealand Prime Minister Jacinda Ardern, I won’t mention who this man is. I refuse to mention either of their names.

We hear phrases like “’they’ are swamping Australia” and it’s narratives like this that hate-groups are still dangerously pushing.

But left wondering: Who exactly is the “them” that’s really threatening peace in Australia?