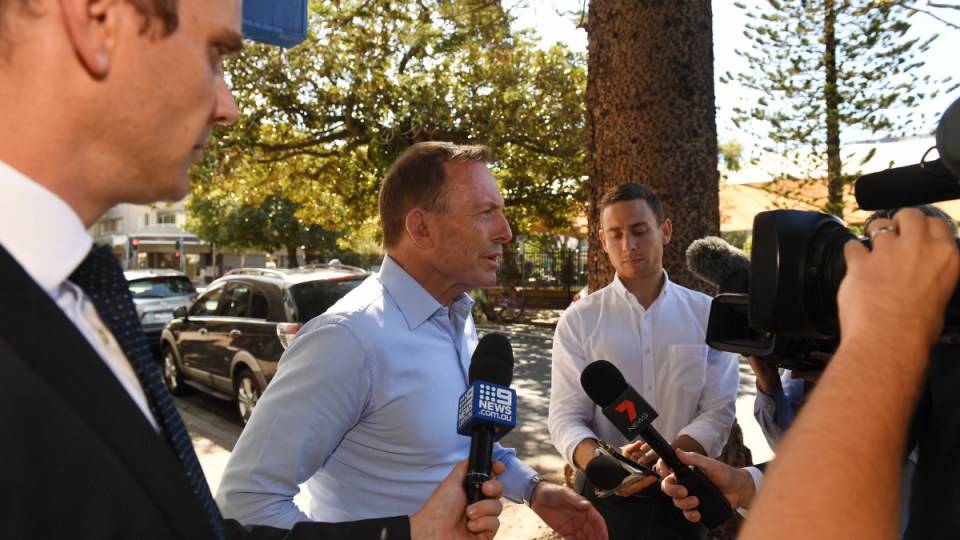 Tony Abbott believes politics in Australia has reached a “new nastiness” after offensive posters depicting his face were plastered across his Sydney electorate.

Several caricatured heads with expletives written across the former prime minister’s forehead were found on walls in Manly, Mosman and Seaforth on Thursday morning.

Others were emblazoned with the word “Pell”.

NSW Police on Thursday said they were investigating the offensive slogans and graffiti, and asked people to come forward with information.

The posters “have been or will be removed”, a spokeswoman said.

Mr Abbott said he had not experienced anything like it before.

“I think this is a new nastiness in Australian politics,” he said.

“I’m not for a second suggesting that any of the candidates in Warringah are somehow doing this but it is a fact that there are some pretty nasty people who want change here in Warringah.”

He called on “decent Australians” to not give “aid or comfort to these nasty elements” if they want to try to lift the tone and quality of public debate.

Mr Abbott’s main rival, independent Zali Steggall, strongly rejected any suggestion that she, her campaign or volunteers had anything to do with the posters.

“My volunteers have signed an extensive code of conduct,” she tweeted.

“They are under strict instructions not to engage in negative behaviour, as I have been the subject of a non-stop smear campaign from Mr Abbott and his supporters and do not condone that type of politics.”

“This is a new low in political life,” she told 2GB radio.