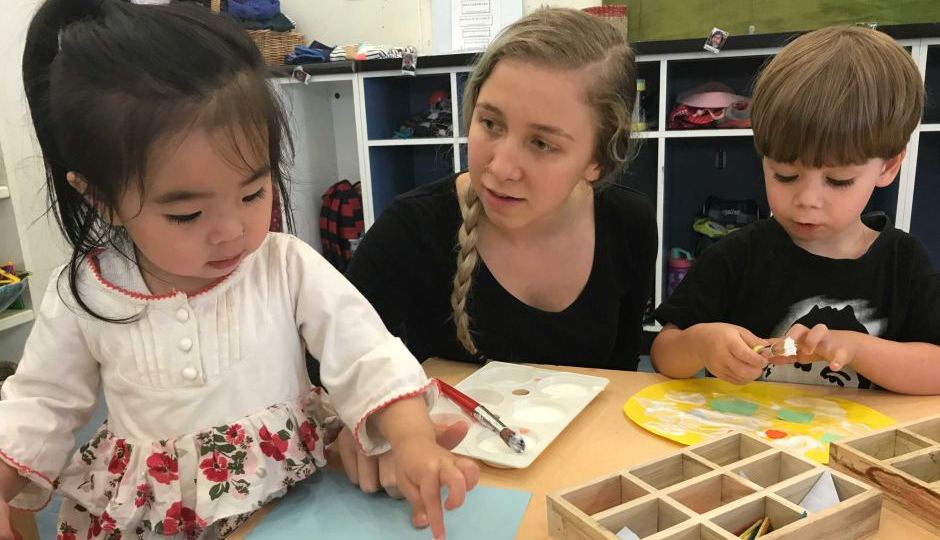 Prime Minister Scott Morrison has confirmed he won’t match Bill Shorten’s “spend-a-thon” for childcare that will benefit one million families.

Labor has pledged more generous subsidies to all families earning under $175,000 if it wins the May election.

On Monday, Mr Morrison said he would not match that.

“I am not going to engage in Bill Shorten’s spend-a-thon. He spent $230 million a minute yesterday,” he said.

“This is economics 101 for Bill Shorten. Put a big subsidy in, it pushes the prices up.”

Mr Morrison also criticised Labor’s plan to deliver a 20 per cent pay rise for childcare workers over the next decade, funded directly by the Commonwealth. That would increase wages but not force parents to pay more.

“Bill Shorten still hasn’t explained how he’s going to increase the wages of these workers. I mean, is he going to provide them a direct payment from the government to subsidise their wages?” Mr Morrison said.

Earlier, Education Minister Dan Tehan described to proposal to offer “free” childcare families earning under $69,000 a year as a gateway “communism” and “socialism”.

But the Coalition already rebates these families 85 per cent of the cost. Labor’s plan would simply increase the subsidy to 100 per cent.

But The New Daily has confirmed that promise is based on the childcare operators offering a place at or below the current benchmark.

Most centres charge below that amount, with the average daily charge being $117.60.

Australia’s largest non-profit provider of childcare, Goodstart Early Learning, said most low-income families do not use childcare that is charged above the hourly cap of $11.77 an hour, about $140 a day.

“Around 15 per cent of services are charging more than that cap. They are almost always inner Sydney and inner Melbourne and perhaps inner-city Brisbane.

“Nursery rooms for babies also do tend to have higher fees due to the higher staff ratios required.”

“It’s free or next to free,” Ms Rishworth told The New Daily.

“Most childcare centres do not charge against the benchmark.”

The consumer watchdog, the ACCC, will be tasked with investigating price controls if childcare centres increase fees excessively.

“We will task the ACCC with a new role of investigating excessive fee increases and unscrupulous providers, and we will make those findings public.

“The ACCC will also be tasked with investigating mechanisms for ensuring greater controls on child care fee increases to keep child care affordable.”

Mr Shorten said the plan would save parents up to $2100 per child, per year.

“And every family in Australia with a combined household income of up to $174,000 will be hundreds, if not thousands, of dollars better off.

“For example, if you’re one of the 367,000 Australian families with a household income of under $69,000, for you and your children, childcare will be as good as free.”

Labor also came under fire on Sunday over the mechanism it will use to deliver pay rises to childcare workers of up to $11,300 over the next decade.

The New Daily understands one mechanism will be enterprise bargaining agreements to ensure the increases are passed on to workers.

However, unlike previous deals under Labor, the new regime will not stop childcare centres that are not unionised from sharing in the spoils.

Earlier, Mr Shorten said paying childcare workers properly was vital because it was “one of the most important jobs there is”.

“Yet in our country it is one of the lowest-paid jobs in the country,” he said.

“Like it or not, that sends a message. It speaks volumes for what we value as a nation, for the priority that we place on the betterment of our children and the respect we display to the people who teach them.”

Mr Shorten revealed that over the next eight years, Labor would increase the average wage of the nation’s underpaid early educators by around $11,300 – on top of any increase in the award rate.

“And let me put the big for-profit child care providers on notice. We will not allow either of these great initiatives to be used as an excuse for you to simply raise your fees, fatten your profits and no change to the cost of living or the wages.”