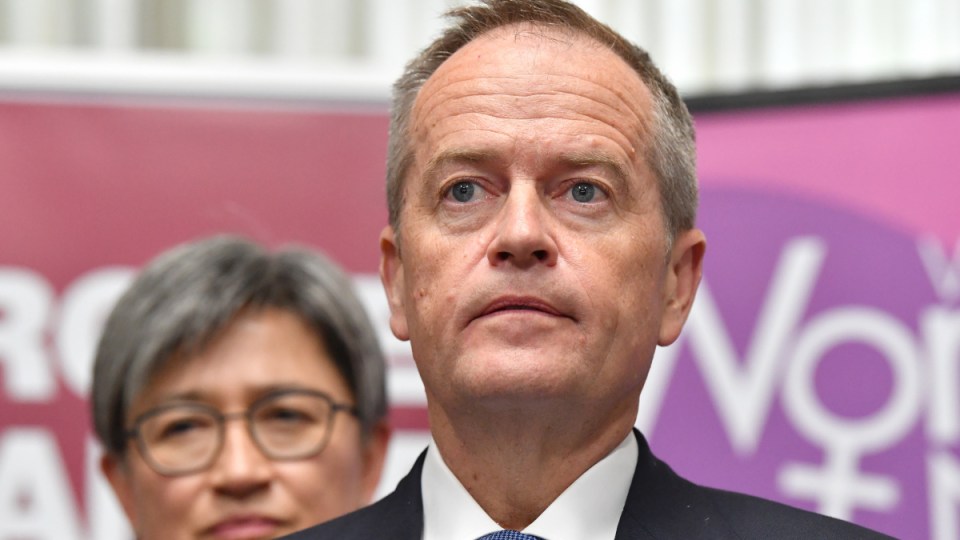 Australian Opposition Leader Bill Shorten (right) are seen during a media conference after the launch of Labor's policy to lift the equality of Australian women at the Queen Victoria Women's Centre in Melbourne Photo: AAP

Labor Leader Bill Shorten and Prime Minister Scott Morrison have agreed to go head to head in two televised debates, despite claims Labor had declined at least two other offers to face off with Scott Morrison.

Mr Shorten came under fire on Friday after a series of tweets between ABC News director Gaven Morris and Nine News political editor Chris Uhlmann suggested the Labor Party had declined to take part in broadcast debates on each network.

While Prime Minister Scott Morrison had “agreed [to them] in principle”, Labor apparently had not.

The ABC also invited the Prime Minister and Opposition Leader to a debate to be broadcast in primetime on radio and television and across the national broadcaster’s @abcnews platforms. The Opposition Leader declined the invitation.

Mr Shorten rejected the assertions made in the tweets, telling reporters in Melbourne he had not rejected any offers.

“We haven’t rejected them. First of all, we’ve got two scheduled,” he said.

Mr Shorten and Mr Morrison are due to debate in Perth on Monday and Brisbane on Friday.

The debate in Perth will be on the Seven’s low-rated digital channel, 7Two, while the event on Friday will be with Sky News, available only to subscribers in major city markets.

Mr Morrison on Friday accused Mr Shorten of seeking a “coronation” from voters while ducking genuine scrutiny by agreeing to only two debates.

“I’m happy to have debates with Bill Shorten,” Mr Morrison said on the campaign trail in Queensland.

“We’ve got two coming up this next week, but for some reason he doesn’t want to have them in the last two weeks of the campaign.”

Mr Shorten meanwhile questioned Mr Morrison’s sudden interest in having him on the debating podium, calling the Coalition a “part-time Parliament” and pointing out that they had presided over only seven parliamentary sitting days in eight months.

He also questioned why some government ministers haven’t been allowed to debate their Labor counterparts.

“Mr Morrison is keeping many of his ministers in witness protection because he’s too embarrassed by them or too afraid of what they’ll say,” he said.

.@billshortenmp: The Liberals have a sudden interest in debating us. If Mr Morrison wants to spend more time listening to me, he can always vote for me.

He is keeping his ministers in witness protection because he’s embarrassed by what they'd say.

A Labor spokesperson pointed out that Mr Shorten will appear on ABC’s Q&A May 6 and suggested that Mr Morrison do the same.

The New Daily contacted the offices of both Mr Morrison and Mr Shorten for further comment, but neither responded before deadline.