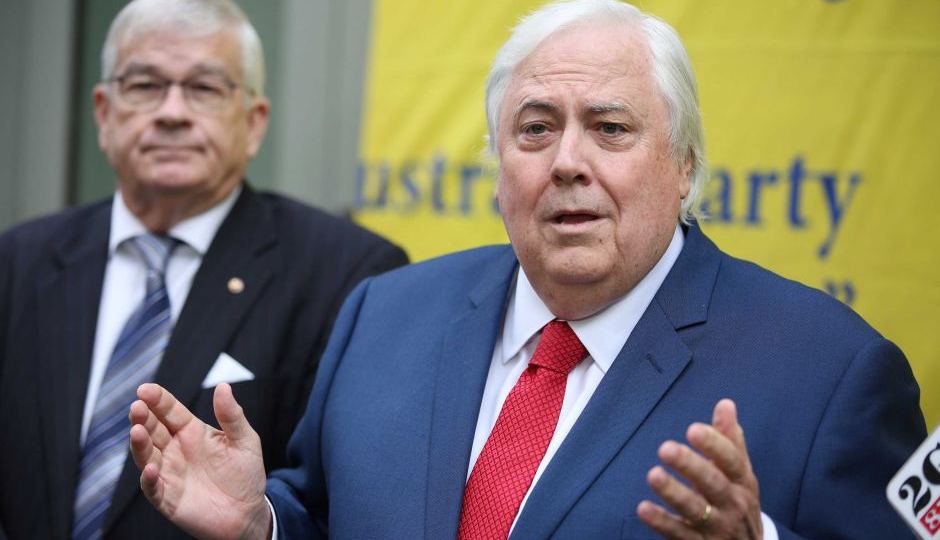 The Liberal Party has struck a deal to exchange preferences with Clive Palmer.

The deal will see the Liberals place the United Australia Party second, or above Labor, on its how-to-vote cards in lower and upper house seats.

Prime Minister Scott Morrison has repeatedly said deciding preferences is an issue for the party organisation to deal with.

That is despite the fact he directed his party to preference Pauline Hanson’s One Nation below Labor after revelations the minor party had solicited donations from the National Rifle Association in the US.

Political strategists have spent the past 48 hours locking in crucial preference deals before pre-polling opens on Monday.

Mr Palmer is attempting a return to politics, throwing himself into the running for a seat in the Senate.

The billionaire businessman was tipped to run in the north Queensland seat of Herbert, but instead catapulted ex-rugby league star Greg Dowling into the contest.

His party is experiencing a resurgence in the polls, with the latest Newspoll showing it had a primary vote between 5 and 14 per cent in four marginal seats in Queensland, New South Wales, Victoria and Western Australia.

That was despite the Commonwealth continuing to pursue Mr Palmer and his companies over the collapse of his Queensland Nickel Refinery in Townsville.

Mr Palmer’s popularity in the regional city took a major hit after the 2016 collapse, which left 800 workers unemployed and debts of about $300 million.

He has recently announced plans to pay back “millions of dollars” in outstanding entitlements to those workers.

The party caught the attention of both the Liberals and Labor with its campaign spending continuing to climb into the tens of millions of dollars.

Mr Morrison was repeatedly asked about the possibility of a preference deal this week and gave little detail, but left the door open to the possibility.