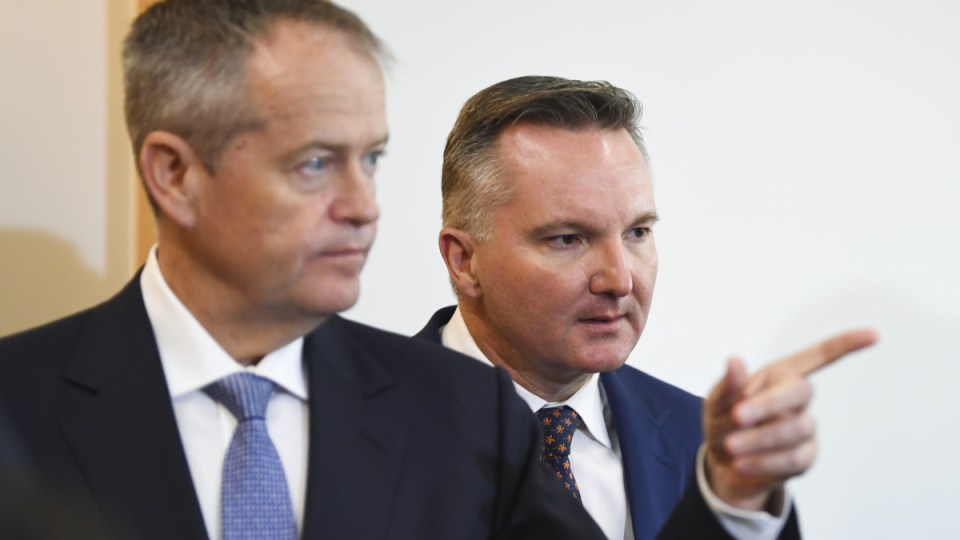 Opposition Leader Bill Shorten has ruled out a last-minute boost to proposed tax cuts for workers earning $90,000-$120,000, in an attempt to promise a bigger budget surplus.

Labor had been considering increasing the tax cuts it has already pledged for all workers earning under $130,000 a year, but has decided against it to deliver a better bottom line.

The Coalition is offering the same deal as Labor until 2022. After that, the second stage of its tax plans delivers a better deal for workers earning more than $90,000.

“There’s the first round of tax cuts proposed in the next term of government, whoever forms government. Labor said we have the same position. In fact, we have a better position for 3.6 million people who earn less than $40,000. And, in fact, we’ve led the tax debate,” Mr Shorten said.

“In my budget reply speech of 2018, I proposed bigger, better, fairer tax cuts and the government gradually, after a year of kicking and screaming, matched us. On the first round of tax cuts, it’s all the same except we’re slightly better for people under $40,000.”

Mr Shorten said the Coalition’s proposed second and third round of tax cuts did not “come in for a number of years”.

“Let’s look at the priorities of this government on their tax cuts. Did you know that there’s $77 billion hidden away in the budget to give tax cuts to the top 3 per cent of taxpayers? Or, put another way, … if you are a millionaire in Australia, you will get an $11,000 tax cut from the Morrison government in 2024. If you are someone who earns $40,000, you get $11 a week.

Mr Shorten said he believed tax reform was about priorities.

“We already saw yesterday and the day before he couldn’t even remember a $34 billion superannuation policy, he said he misheard the question. He forgot the entire policy as if it never existed,” Mr Morrison said.