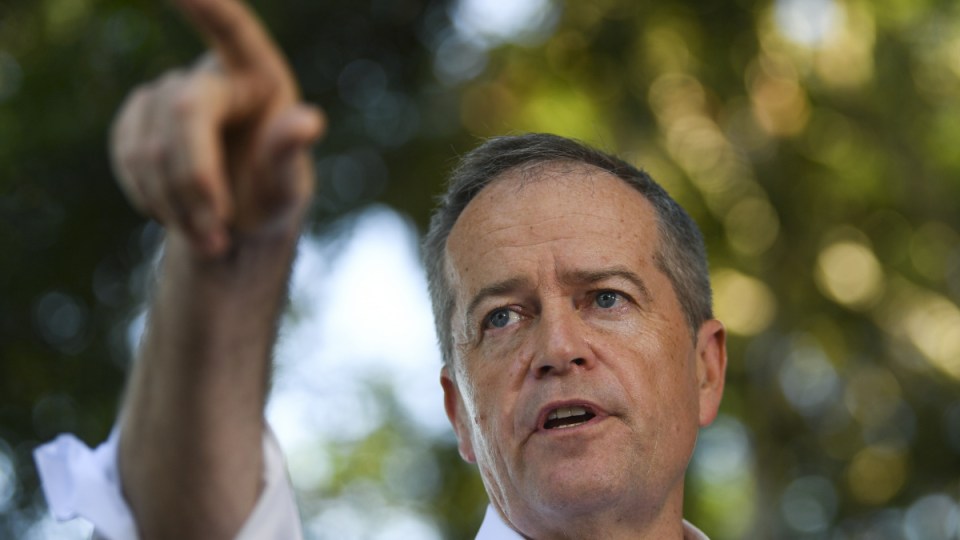 Bill Shorten speaks to the media in Darwin on Thursday morning. Photo: AAP

Stung by days of questions about the cost of his climate change policy, the Opposition Leader attempted to reset the debate in Darwin on Thursday, accusing media outlets of running a “malicious and stupid scare campaign”.

Asked about a report in The Australian that businesses might be forced to spend $25 billion on international carbon credits to meet Labor’s emissions reduction targets, Mr Shorten said it was built on “a big lie”.

“It is a nonsense claim and it is built upon the back of a big lie,” he said.

“It says somehow that using international offsets to help abate carbon is a bad thing. Well, if it’s a bad thing, why don’t go they to Josh Frydenberg, the current treasurer, who used to believe it didn’t matter where you cut the carbon from as long as you were cutting the carbon?

“The News Corp climate-change deniers, and their ally, the Prime Minister – a coal-wielding, climate-denying cave-dweller on this issue – they all say, ‘Look at the cost’, but never mention the cost of extreme weather events, do they?

“The $25 billion figure is a lie. It’s so intellectually dishonest it doesn’t deserve to be talked about. We’re using [the government’s] industrial safeguards mechanism. We’re using their National Energy Guarantee. We’re going to work with our energy intensive trade-exposed sectors, cement, steel, aluminium and others, creating a fund to help them invest,” he said.

“The government is now scaring you about policies they used to have and support.

“Did you know that if we properly invest in renewables, there would be tens of thousands of new jobs?

“Did you know if we don’t take action, we’ll have a greater cost on our insurance and arising from natural disasters?”

But Mr Shorten repeatedly refused to detail the cost to business of his own policy.

“It’s a malicious campaign by this government. What they want to do is scare Australians and say that it’s too hard to take action on climate change.”