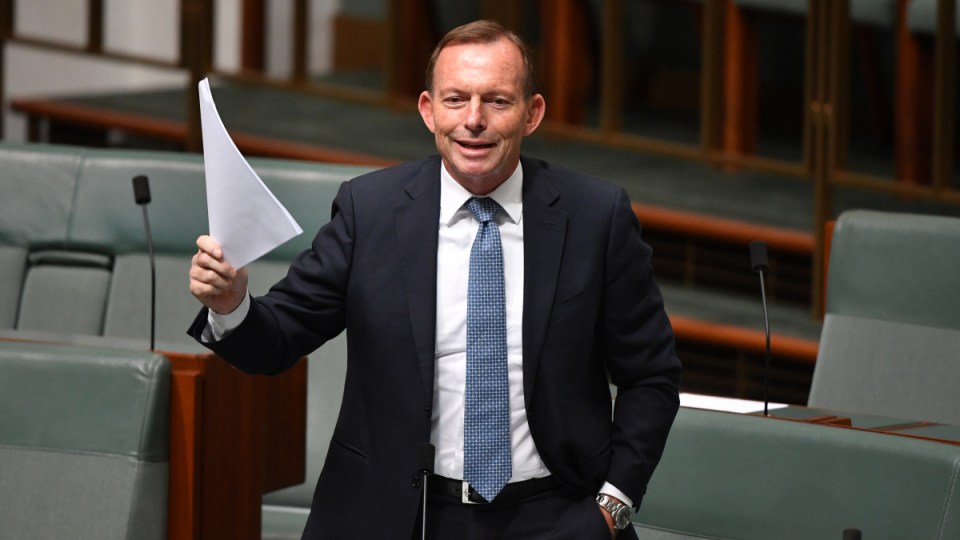 Leader in waiting: Tony Abbott says he would be Liberal leader again if invited. Photo: AAP

Tony Abbott has declared he is prepared to lead the Liberal Party again – but only if he is invited by colleagues in an uncontested ballot.

Discussing his leadership prospects at an election forum at the Manly Yacht Club on Monday, the former PM warned he was not prepared to “shoulder anyone aside”.

On the election campaign trail on Tuesday, current Prime Minister Scott Morrison brushed off the discussion.

“I think Tony was responding to a question that was very hypothetical,” Mr Morrison said.

Treasurer Josh Frydenberg also slapped down talk of an Abbott resurrection, observing that the former PM was focused on winning his seat of Warringah.

The Guardian reports that Mr Abbott told Monday’s election forum that “notwithstanding the bad polls and the act that we have decapitated ourselves twice, I still think there is a chance of winning” the May election.

If a leadership vacancy arose in the Liberal Party, Mr Abbott said he would be prepared to run only if he didn’t have to fend off challengers.

“I won’t go into a contested ballot,” he said.

“It will be up to the party room. If they want me, they will need to invite me. But I am not expecting that.

“I am not going to shoulder anyone aside for the top job, because for me it has never been about that.”

When Mr Abbott stood against Malcolm Turnbull in 2009, he did so only after Mr Turnbull declared the leadership vacant.

He trounced favourite Joe Hockey in the first ballot and then beat Mr Turnbull for the leadership by a single vote.

Mr Abbott was also asked about his decision to phone George Pell following the cardinal’s conviction for child sex offences.

“I have been a friend of Cardinal Pell for many years,” he said.

“He’s been convicted of a horrific crime. Let’s see what happens with the justice system in Victoria. I will be in an awful dilemma if his conviction is upheld on appeal.”

Mr Abbott was also challenged by voters about whether he would “continue to be a wrecker” with the Liberal leadership.

That prompted him to reply that if he really wanted to cause trouble he would quit and cause a by-election – as Mr Turnbull did.

“When I won the leadership, I put Turnbull into cabinet. He didn’t return the compliment,” he said.

“I said, that’s fair enough, that’s your call, but you have to understand I have some pretty strong views on policy and as long as I am on the backbench I will speak my mind because that’s what backbenchers are entitled to do.”

Mr Morrison also faced questions about the Liberal leadership on Tuesday, at an election forum in Victoria.

He repeated his view that the Coalition and Labor had both changed their rules to stop the revolving door of prime ministers.

“That means that whoever you elect as prime minister at this election, that’s who you get for the next three years,” he said.

“I’m pleased that both parties have changed our rules to get rid of all of that nonsense.

“It is now a part of the past and now we look forward to the future.”

‘What a hit’: Albanese on attack after dire wages data
Inquiry into mother’s convictions over deaths of four children
Viagogo loses appeal over $7 million penalty
Sydney home sprayed with bullets in gang violence
‘Admit what the hell is going on’: Biden wants US to face White Supremacy problem
Device detonated, man arrested in Brisbane sieges
Don’t believe everything you read – AEC to voters
Today's Stories

Tony Abbott is ready to lead the Liberals again – with conditions