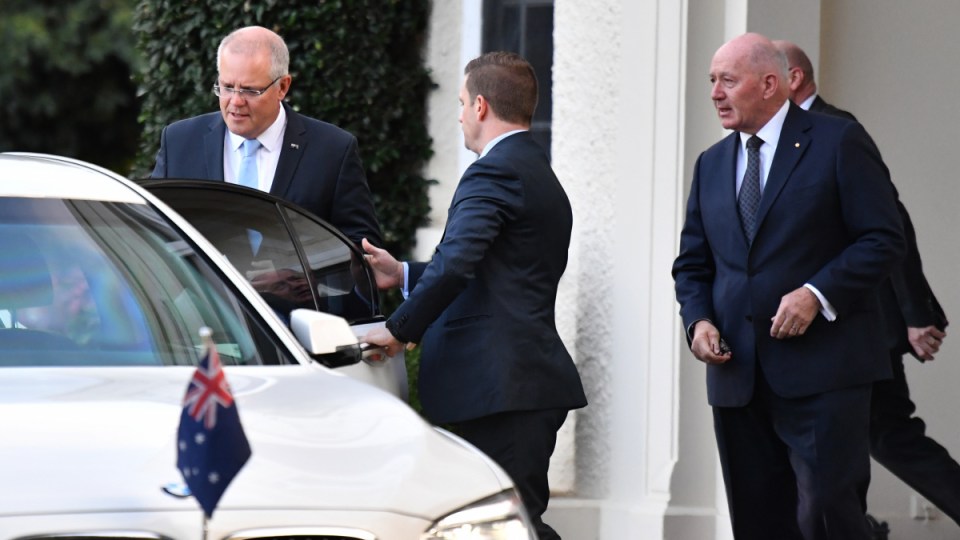 The Prime Minister believes the election is still his to win. Photo: AAP

Prime Minister Scott Morrison’s battle plan for victory is a strategy of defending sitting MPs in Queensland and NSW, and balancing expected heavy losses in Victoria with modest gains across Tasmania, Western Australia and NSW.

The Liberal Party remained behind Labor in the latest Newspoll, but still believes it can chart a course to re-election by defending seats in Queensland and NSW and holding the line against Labor gains.

Labor leader Bill Shorten needs to win just seven seats to form government in his own right, but ALP strategists warn the result will be close and not the landslide some have predicted.

On current polling, Labor should pick up about 10 seats – a handful more than it requires to claim a majority in the House of Representatives.

But the Senate is likely to prove difficult to navigate, raising questions about whether Mr Shorten can deliver on his ambitious policy of negative gearing reform and tougher climate change targets even if he wins the election.

The fight for seats

In NSW, the Liberals are fighting to save Warringah, the seat of former prime minister Tony Abbott, but are hopeful of picking up the blue ribbon seat of Wentworth, which was captured by independent Kerryn Phelps after Malcolm Turnbull’s resignation.

The Liberal Party also remain hopeful that the saga over Labor MP Emma Husar, who will not recontest the seat of Lindsay, could help it return to the Coalition.

The result in NSW could mean the Coalition holds the line or even gains seats overall. Labor hopes to pick up Reid, Gilmore and Page.

Queensland also remains strong ground for the Liberals, with hopes they could pick up Herbert, which includes Townsville, in northern Queensland.

Liberal strategists believe the Adani coal mine debate could be the key to defending seats in Queensland, and even winning Herbert.

The Labor Party, meanwhile, is targeting the Queensland seats of Flynn, Petrie and Forde.

But it’s Victoria that is key to victory for Labor. The ALP hopes to win up to six seats in there alone, the bulk of what it needs to form a majority.

The northern Victorian seat of Indi, captured by independent Cathy McGowan when she defeated Sophie Mirabella in 2013, could also change, returning to the Coalition.

The Prime Minister spent Wednesday campaigning in Tasmania, which remains electorally volatile with the Liberals targeting three seats it could secure.

Mr Morrison used the visit to announce that if re-elected he will move to jail vegan activists who share the addresses of farmers online.

“People going and seeking to trespass, or cause these types of injuries to the wellbeing of our farming industry – they will face jail terms of up to 12 months. So we’re not kidding,” he said.

Election 2019: Scott Morrison’s re-election plan. The seats that will decide the next government