US President–elect Donald Trump will not pursue an investigation or prosecution of Hillary Clinton over her emails, one of his top advisors says.

Kellyanne Conway said on MSNBC on Tuesday that instead of starting a probe of her private email server – as he repeatedly promised at his election rallies – he will help her “heal”.

She says Mr Trump is setting a tone for congressional Republicans by refraining from calling for more investigations.

He doesn’t wish to pursue these charges”.

Days earlier, Mr Trump told CBS’s 60 Minutes that he wants to think about whether to look more into Clinton’s homebrew email server and the Justice Department’s decision to not recommend charges against her.

Now Ms Conway says that, “if Donald Trump can help her heal, then perhaps that’s a good thing”.

Mr Trump during the campaign vowed to put his Democratic presidential rival “in jail” over the matter. At rallies he would describe “Crooked Hillary” as being “guilty as hell”. 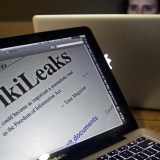 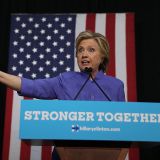 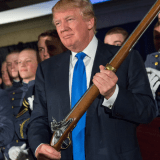 Signs of a back–down came 10 days ago when he told 60 Minutes he was “going to think about” the prosecution, and didn’t want to hurt the Clintons because they were “good people”.

The email saga stems from Mrs Clinton’s use of a private email server when she was US Secretary of State. The FBI found she has sent classified material, and her server could have been hacked by foreign powers.

FBI Director James Comey described her as “extremely careless” but decided not to recommend prosecution. His announcement just days before voting, that he was investigating a new batch of emails, was pointed to by some Democrats as the losing of the election.