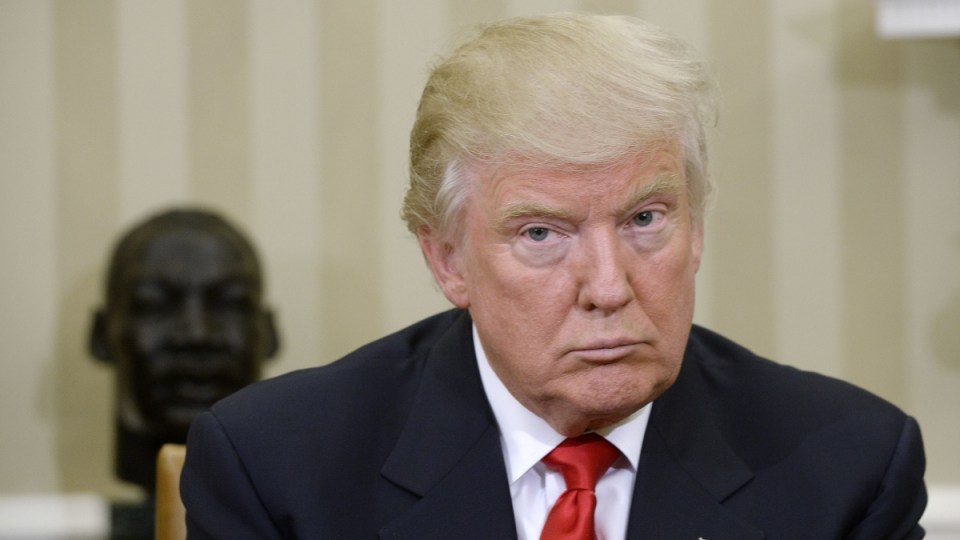 Trump all fired up about The Apprentice. Photo: AAP

Donald Trump has met with Mitt Romney at his golf resort in New Jersey, fuelling speculation that the former Republican presidential candidate is being considered as a possible secretary of state.

The pair met for an hour and 20 minutes, with the president-elect saying the talks “went great” and Mr Romney adding that their conversation about global affairs was “far-reaching”.

“I appreciate the chance to speak with the president-elect and I look forward to the coming administration and the things that it’s going to be doing,” Mr Romney said.

Mitt Romney, who was one of the dumbest and worst candidates in the history of Republican politics, is now pushing me on tax returns. Dope!

The discussion came as Mr Trump holds meetings to fill out his cabinet and gather advice ahead of his move to the White House on January 20.

If it leads to an appointment for Mr Romney, it would be quite the turnaround in their political relationship.

Mr Romney was the leader of the “never Trump” movement among establishment Republicans and had labelled the businessmen a “phony” and a “fraud” during the election campaign. 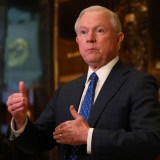 “His promises are as worthless as a degree from Trump University. He’s playing the American public for suckers. He gets a free ride to the White House and all we get is a lousy hat,” Romney said.

And on Mr Trump’s global outlook specifically, Mr Romney had this to say: “Donald Trump tells us that he is very, very smart. I’m afraid that when it comes to foreign policy he is very, very not smart”.

There was no love lost from Mr Trump either.

Mr Trump tweeted: “Mitt Romney, who was one of the dumbest and worst candidates in the history of Republican politics, is now pushing me on tax returns. Dope!”

Whether Mr Romney will join the Trump administration is unclear.

Those nominations suggest the administration is being set up to take a hard line against Islamist militancy and illegal immigration.

Mr Trump has also been considering close ally Rudy Giuliani, a former New York mayor, for secretary of state, as well as former US ambassador to the United Nations John Bolton and Senator Bob Corker of Tennessee.

Transition officials said Mr Trump’s meeting with Mr Romney was supposed to be a general discussion about the incoming administration.

A Romney confidant said of his secretary of state prospects: “Could it happen? I suppose. But it’s unlikely.”

On Sunday, Mr Trump will sit down with Wilbur Ross, a potential commerce secretary who made billions by investing in bankrupt companies and distressed assets, and business executive David McCormick, head of investment firm Bridgewater Associates.