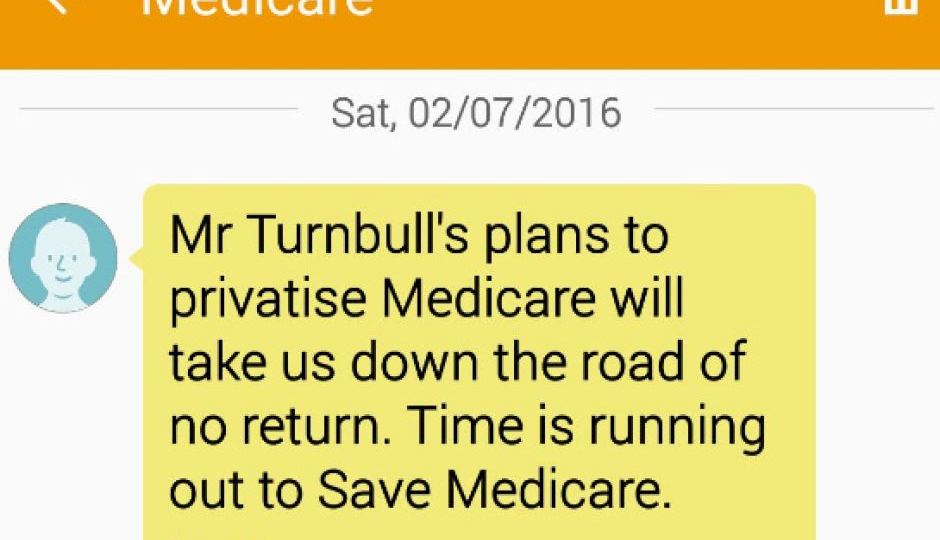 The controversial text campaign was sent out on election day. ABC

The Australian Federal Police have dropped their investigation into text messages purportedly sent by Medicare to voters on election day warning of a risk to the system if the Turnbull government was re-elected.

The text messages were sent on July 2, and appeared to be targeted at certain electorates around the country.

“Mr Turnbull’s plans to privatise Medicare will take us down the road of no return,” the text read.

“Time is running out to Save Medicare.”

On Tuesday, the AFP confirmed their investigation had ended.

“The AFP received a referral on Saturday, 2 July, 2016 in relation to the receipt of text messages allegedly sent from Medicare,” an AFP spokesperson said.

“This matter was evaluated by the AFP, no Commonwealth offences were identified.

“This matter is now considered finalised and no further comment will be made.”

Speculation as to the source of the messages began almost instantly, with the Queensland branch of the Labor party blamed.

On election night, Prime Minister Malcolm Turnbull described the messages as “an extraordinary act of dishonesty”.

“The Labor party ran some of the most systematic, well-funded lies ever peddled in Australian politics,” Mr Turnbull said.