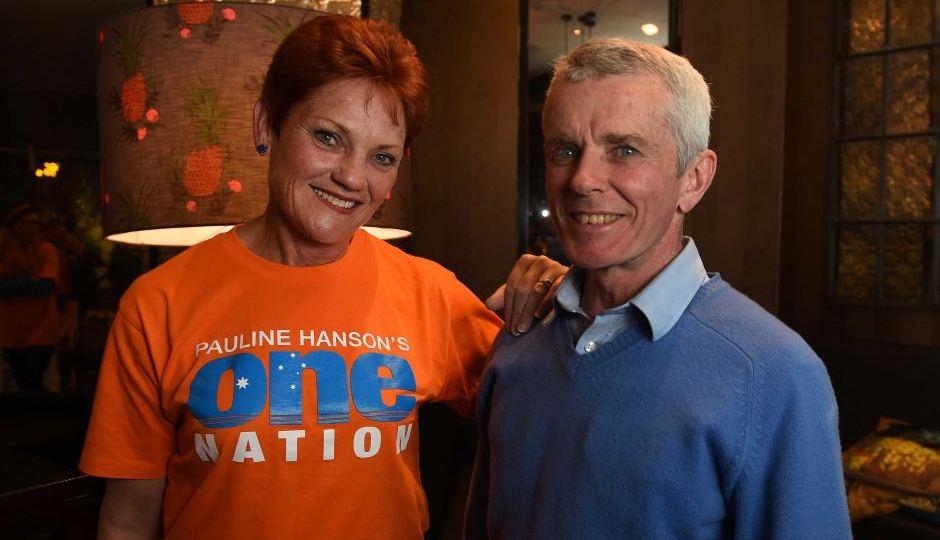 Controversial senator-to-be Pauline Hanson will bank $1.6 million of taxpayer funds thanks to the strong performance of her One Nation Party at the federal election.

The Australian Electoral Commission has made its first payment – more than $60 million — to political parties and candidates based on the votes they received at the July 2 poll.

One Nation was the fifth-largest recipient behind the Liberal, Labor, Greens and National parties.

Candidates need to get at least 4 per cent of the formal first preference vote to be entitled to election funding with each vote worth about $2.60.

One Nation got 9 per cent of the upper house vote in Queensland and just over 4 per cent in NSW.

The money will add to an estimated $6 million in public funding she and her party has received since first entering politics in 1996.

The AEC says payments have been made to 24 parties and 24 independents.

It will make a second round of payments once vote counting is finalised.

The Liberal Party topped the list of party recipients with more than $23 million.

Incoming senator Derryn Hinch came in at number seven with $544,420, while the far right, anti-multiculturalism Rise Up Australia came in at 12 with $75,000.

Independent Rob Oakeshott, who announced his unsuccessful tilt for the seat of Cowper just weeks out from election day, gets more than $70,000.

That’s just $6000 less than Andrew Wilkie, who safely retained his Tasmanian seat of Denison, and slightly less than high-profile candidate Tony Windsor, who gets $72,000 for his failed bid to grab New England from Deputy Prime Minister Barnaby Joyce.