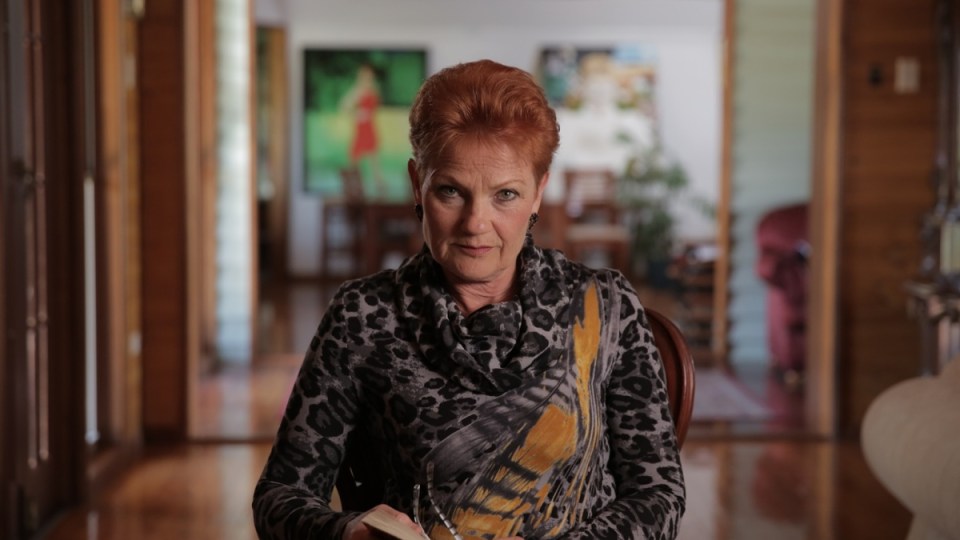 Ms Hanson's comments will raise the ire of many Australians. Photo: SBS

A new documentary on the influence of Pauline Hanson has captured the controversial Senator-elect making an astonishing comment to an Aboriginal television crew member.

Pauline Hanson: Please Explain – to be aired on July 31 on SBS – features an exchange between the One Nation leader and a young production worker named only as “James”.

“You’re not going to tell me you’re a refugee, James, are you?” Ms Hanson says while waiting for a shot.

To which James replies: “No, Aboriginal.”

Ms Hanson then bafflingly says: “Really? Wouldn’t have picked it. It’s good to see that you’re actually, you know, taking up this and working.”

It also reveals the extent of Ms Hanson’s resentment and distress over the 11 weeks she spent in jail on allegations of electoral fraud.

Discussing this period from 2003 moved Ms Hanson to tears.

“I just felt everything was stripped away from me and how the people perceived me … but I think what was more important is what my kids went through,” an emotional Ms Hanson explained.

“These are kids. They had no one. They didn’t have their fathers. Here’s their mum, you know, trying to fight, fight everyone in the whole bloody country, for their future.”

The footage then switched to video of her crying daughter on a news bulletin saying “hang in there, we all love you and we’ll get you out soon”.

That memory pushed Ms Hanson over the edge.

“And I saw my daughter there in New Zealand,” she said, before standing up while weeping to take a break from filming.

Her conviction was overturned on appeal.

The documentary also explored how Ms Hanson had dealt with repeated threats to her safety.

In late 1997, we learn, Ms Hanson was under 24/7 surveillance. She was followed by more security than then-Prime Minister Howard.

That level of danger forced Ms Hanson to stop doing media and prompted her to keep a lower profile.

Journalist Tracey Curro recounted how she asked Ms Hanson: “Are you xenophobic?”.

Ms Hanson replied: “Please explain?”. The reply has become something of a catchphrase.

“Everything’s racing through my mind [after the question],” Ms Hanson recalled of being asked the question.

“The more they bashed me, the more public support I got.”