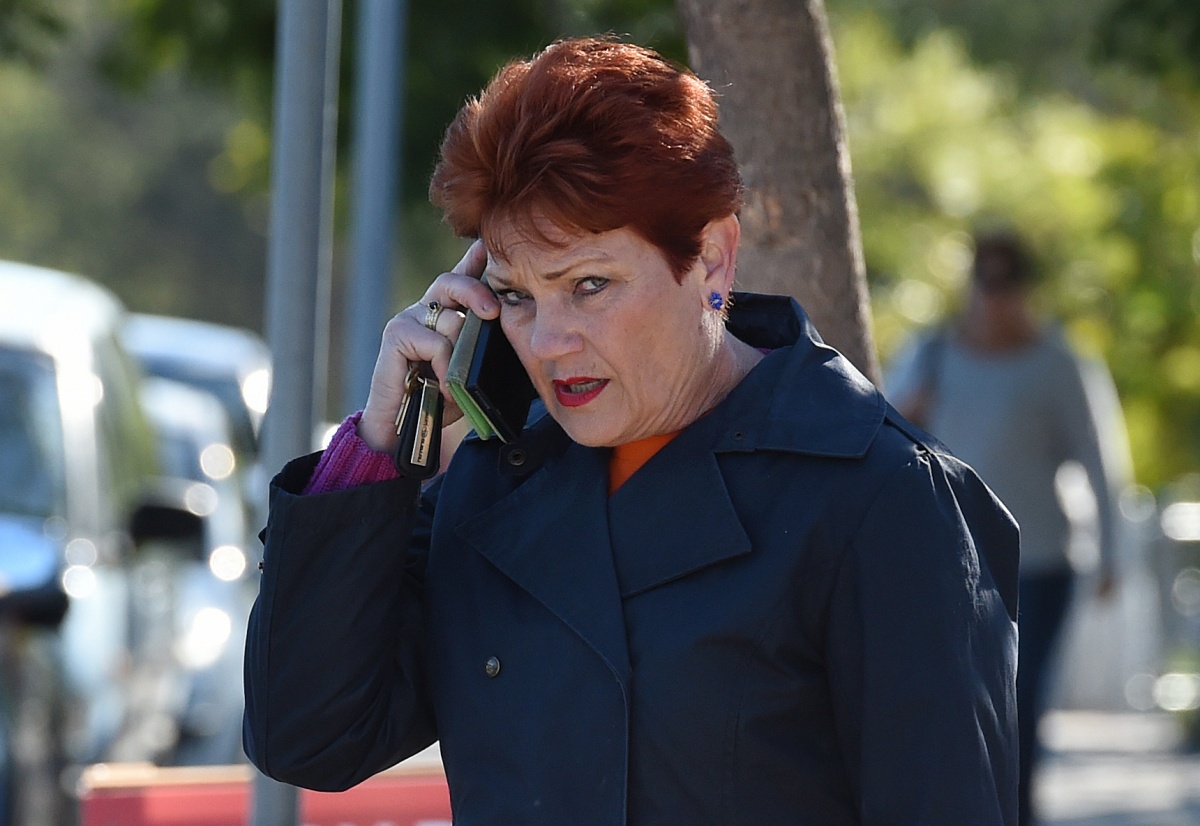 A prominent Aboriginal elder has told One Nation senator Pauline Hanson to “go back to Ipswich” as she tried to enter the Cairns Indigenous Art Fair.

The confrontation between Murrandoo Yanner and Ms Hanson was caught on camera and has garnered more than 1.2 million views on Facebook since Saturday.

In the clip, Ms Hanson can be seen walking away from Mr Yanner as he yells at her.

“Now you are kicking the Muslims around, you are just a racist redneck with your red hair,” he says.

“Go away, go back to Ipswich and your fish and chip shop, you’re disgraceful, you are intellectually dishonest and you are not welcome here.”

Ms Hanson was elected as a senator in Queensland in the July 2 federal election.

In a video later posted on Facebook, Ms Hanson said she was “ashamed” by the incident but invited Mr Yanner to work with her.

“Really ashamed to see what happened with Murrandoo Yanner on the steps and his abuse of me,” she said.

“This man stands for a lot of issues that I stand for as well and that I have spoken about 20 years ago.”

One of the issues she pointed to was violence and alcoholism in Aboriginal communities.

“Another one of my issues that I spoke out against and I got called racist, and Noel Pearson came out and said it and he gets pat on the back,” she said.

She said Mr Yanner could “make a big difference” with her.

“Please let’s work together on these issues. They’re important to me and important to Aboriginal people,” she said.

“I think the perception about me was wrong and I’m here to support the Aboriginal community and Torres Strait Islanders. I’m your representative.”

The One Nation party leader made her first appearance in politics 20 years ago.

She had previously criticised Aboriginal and Torres Strait Islander people for getting what she has referred to as special and preferential treatment.

Ms Hanson was a member of the federal House of Representitives from 1996 to 1998.

Since then she has contested a series of state and federal elections.

Ms Hanson has courted widespread controversy for her attitudes toward Asian and Muslim immigration.

She also campaigned for the Senate on opposing Halal food certification and to try and influence a royal commission into Islam in Australia.