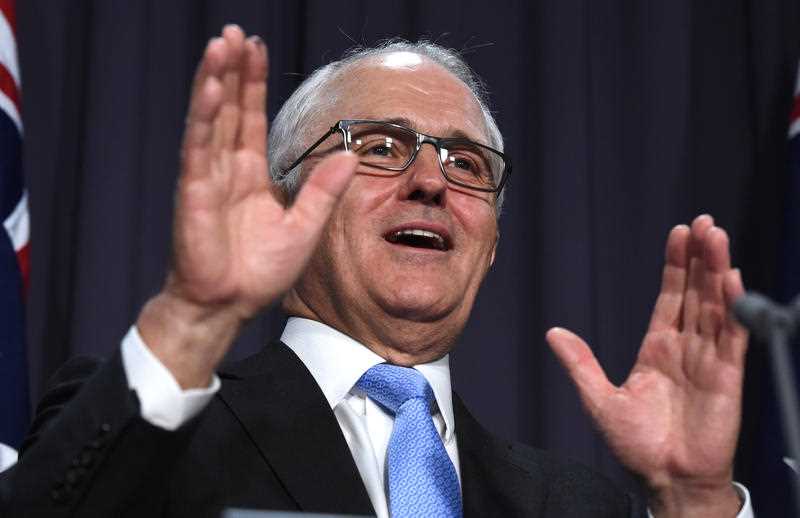 One federal seat remains in doubt as Malcolm Turnbull prepares to deal with local and global challenges to delivering on his election promises.

With Labor claiming the South Australian seat of Hindmarsh on Wednesday, only the fate of the north Queensland seat of Herbert is unresolved.

Liberal National Party scrutineers were growing in confidence that MP Ewen Jones could retain the seat by a narrow margin, which would give the Coalition 77 seats in the 150-seat lower house.

The Prime Minister and his deputy Julie Bishop met with Nationals leader Barnaby Joyce and his deputy Fiona Nash in Canberra on Wednesday, a day after Nationals members met to discuss a new Coalition agreement.

Labor leader Bill Shorten has called for the agreement to be publicly released, saying it is “not internal party business”.

“It is national business,” Mr Shorten said in Adelaide.

Mr Turnbull faces a number of immediate global issues – Britain’s exit from the European Union and China’s refusal to accept a ruling by the Permanent Court of Arbitration in The Hague declaring China had no historical title over the South China Sea.

The PM has commissioned a report by Treasury and financial regulators into the impact of the Brexit, but the fallout from the South China Sea issue may be weightier.

Ms Bishop called for peaceful negotiations over the disputed area now that there was greater clarity of maritime rights.

“We should be working to de-escalate tensions, not increase them,” she told ABC radio.

Mr Shorten said the issue was important as the region was responsible for $5 trillion of trade and 60 per cent of Australia’s exports traversed the sea.

He said it was vital he and Mr Turnbull presented a “united front” and Labor would support Australian ships and aircraft continuing to exercise rights under international laws of freedom of navigation and over-flight.

Mr Turnbull will talk to his New Zealand counterpart John Key in coming weeks to discuss a joint response to the Brexit and China.

US Vice-President Joe Biden will also share his insights into global issues with the Prime Minister during a visit to Sydney next week.

One of the domestic issues to be raised with Mr Turnbull at next Monday’s Coalition party room meeting will be superannuation policy.

Ms Bishop is understood to have briefed the Prime Minister on criticism of parts of the policy, which Labor and self-funded retiree groups argue is retrospective and needs further consultation.

However, she expects the draft laws to be presented to the parliament as outlined in the May budget.

“But the job of government is to provide economic leadership,” he told Sky News.