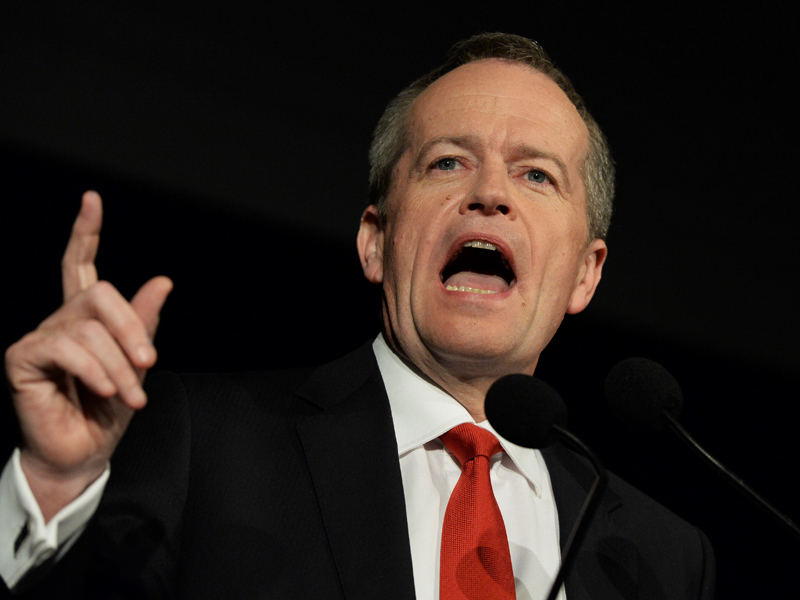 The calls for electronic voting follow a gruelling eight-day vote count, which is yet to deliver a formal result.

The Coalition is on track to win at least 74 seats, and is confident it can win two more, giving it enough seats to govern in its own right.

Mr Shorten on Sunday afternoon conceded defeat in a phone call to Mr Shorten, offering to work with Mr Turnbull to find “common ground” and make the parliament work.

The Labor leader said he would write to Mr Turnbull to suggest a bipartisan push to embrace electronic voting, saying election results should not hang in the balance for so long.

He said he did not want to take away “from the professionalism of the Australian Electoral Commission, but it’s the 21st century”.

Mr Turnbull said he supported Mr Shorten’s push for e-voting as he addressed the media to claim the Coalition’s election win.

He said electronic voting was “something we must look at”, and also flagged regulation of “extremely deceptive” robo-calls and text messages sent out during a campaign.

“They don’t have to have authorisation like a television advertisement or a newspaper advertisement, so they’re basically existing in a legal vacuum,” he said.

Electronic voting not a new consideration

In November 2014, then chair of that committee, Tony Smith, reported that after considering electronic voting in detail, he had changed his mind to oppose it.

Despite both parties leading digital-heavy election campaigns this election, most Australians are still required to put a pencil to paper when voting.

Currently, at the federal level there is only one form of electronic voting – the assisted telephone system for blind or low-vision voters.

But e-voting has been on the Australian Electoral Commission’s radar for the best part of two decades.

Representatives travelled to the US in 2000 to observe electronic voting and vote counting in the Presidential elections.

Electronic voting has also been considered by our Parliamentarians after every federal election since 2001.

It has been used in various state elections, including at the past two New South Wales elections.