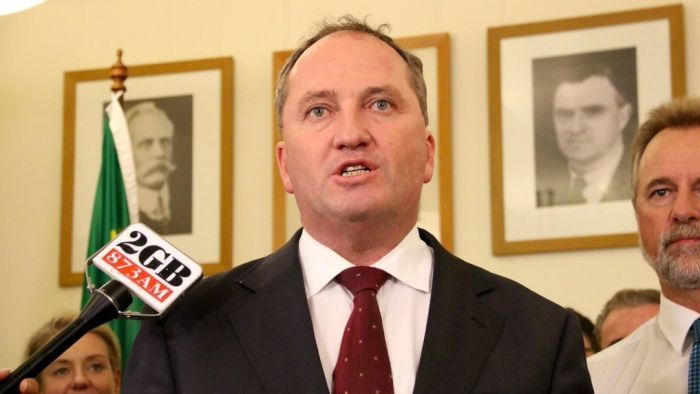 Deputy Prime Minister Barnaby Joyce has offered Anthony Albanese some unsolicited advice about making a run for the Labor leadership.

He said the Labor frontbencher should have listened to former Labor Prime Minister Paul Keating and “have some ticker”.

“If you are going to make a run for it Albo, now’s the time to do it old boy, because otherwise you are out of the game,” Mr Joyce told Sky New on Sunday.

The Coalition is determined to prove its commitment to Medicare but cautions any extra spending must come from cuts elsewhere.

The government will spend the next three years proving to Australians again that “the Coalition is the best friend Medicare ever had”, Mr Sinodinos told ABC TV on Sunday.

He acknowledged Labor’s election campaign scare over privatising the service was “scratching away at an itch that people had about Medicare and our attitude to Medicare”.

But Senator Sinodinos said whatever the cabinet decided to do about Medicare had to be looked at in terms of the overall budget because there’s no blank cheque.

“In other words, if we do more on Medicare we have to understand that if we’re not going to blow the budget then we have to be able to offset that by savings elsewhere,” he said.