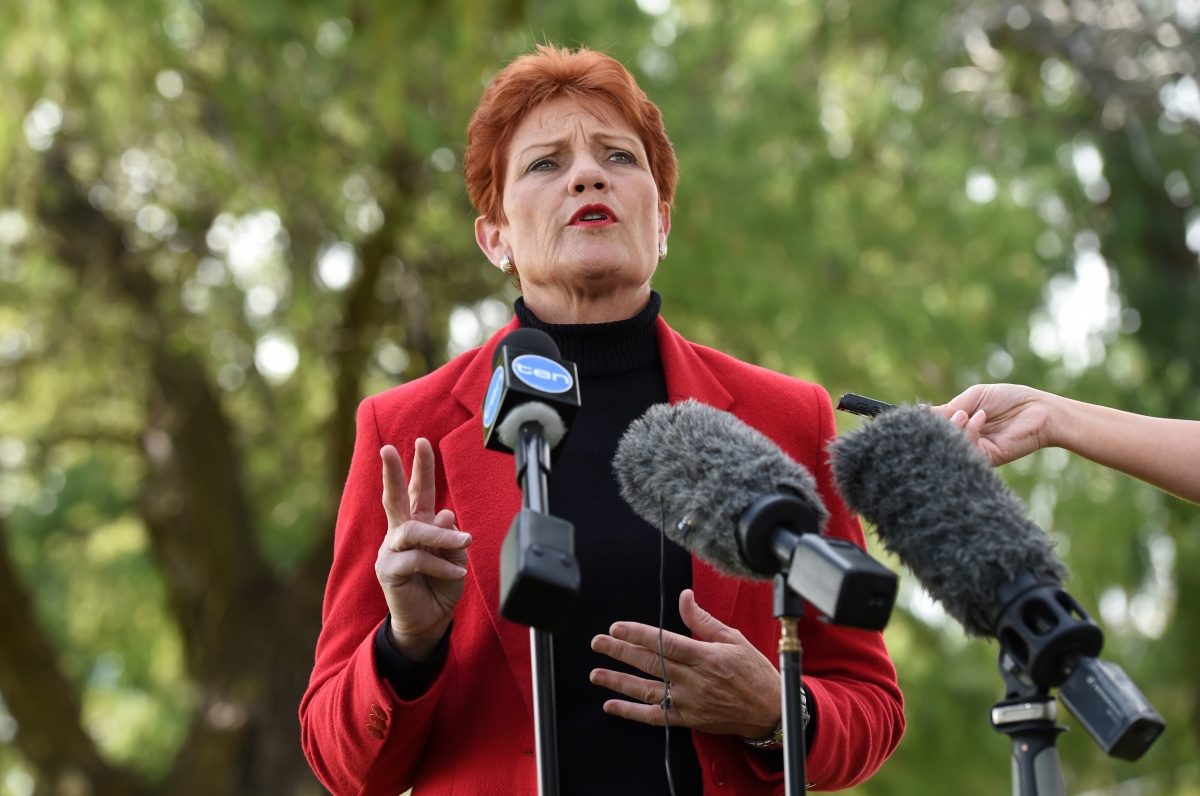 With confirmation that the Coalition government has been re-elected with a wafer-thin margin, it’s now clear that one of Malcolm Turnbull’s greatest challenges will be his negotiations with crossbenchers in the Senate and the House of Representatives.

• Bill Shorten concedes election defeat
• The Turnbull-Katter govt … with no union bashing
• Is this splitsville for Libs?

Here’s what we know about where they stand on some of the greatest challenges facing the government.

Once the government passes a bill through the House of Representatives, it will still face a battle in the Senate, where Pauline Hanson’s One Nation Party, Nick Xenophon Team (NXT), Derryn Hinch, Jacqui Lambie Network and the Greens will make or break legislation.

Senator Lambie has her own idea for raising revenue – she wants a financial transactions tax on high-speed share traders.

She would also like the GST removed from women’s sanitary products.

Ms Hanson wants to get rid of the Double Taxation Agreement, which stops companies being taxed both in Australia and another country for the same product.

This would raise more money for the government, but would break many of Australia’s tax treaties and free trade deals.

The Coalition can expect support from Mr Hinch for its plan to cut company tax rates.

One Nation opposes same-sex marriage – the party is willing to support a plebiscite but would prefer a referendum.

Mr Hinch is also willing to support a plebiscite but would prefer a free parliamentary vote.

Senator Lambie “will fight like hell” to keep marriage exclusively between a man and a woman, and wants a referendum to decide the issue.

Mr Hinch received a liver transplant five years ago and has said that making organ donations much easier will be one of his big issues.

He and Ms Hanson want to legalise voluntary euthanasia.

Potential Senate crossbenchers would give less support for a price on carbon than their House of Representatives counterparts.

Senator Lambie accepts the science but does not want an Emissions Trading Scheme unless Australia’s main trading partners take the first step.

Mr Hinch used his radio show to criticise the carbon tax, describing it as a “python squeeze”.

In 1997, One Nation was born on an anti-immigration platform and almost 20 years later the policy theme continues.

The party wants immigration levels limited to the number of people moving out of the country – for every person that leaves, one person can come in – and also wants all new citizens to pass an English test, and cut off from social security for five years.

Under the Islam policy section of its website, One Nation has called for a halt to Muslims moving to Australia, including refugees.

The party also wants temporary protection visas reduced from three years to two years and all refugees to clear a health check.

Ms Hanson and Mr Hinch publicly butted heads over refugees when the Abbott government was considering how many people from Syria should come to Australia.

“It’s offensive to even have you on the bloody program,” Mr Hinch told the One Nation leader.

Senator Lambie wants everyone who enters Australia to be screened on whether they support Islamic Sharia Law.

Other policies of interest

Ms Hanson’s eyes have also looked across the Tasman – she wants New Zealanders who have had citizenship for five years to have access to Australian welfare.

Mr Hinch’s campaign focused on justice, and one of his central policies is a public sex offender register.

The theme of royal commissions also runs across the soon-to-be Senate crossbench:

• One Nation wants a royal commission into Islam

The House of Representatives

In the House of Representatives, the government will have to deal with Rebekha Sharkie from NXT, independent MPs Cathy McGowan, Andrew Wilkie and Bob Katter, and the Greens’ Adam Bandt.

The government’s company tax cuts could be defeated by the crossbench but other ideas are floating around – and many of the crossbenches have ideas of their own:

• NXT wants to limit company tax cuts to businesses earning up to $10 million and wants the temporary deficit levy to be extended. They also want superannuation tax breaks to favour those with a smaller nest egg

Most of the potential Lower House crossbenchers support a price on carbon.

The Coalition went to the election with their Direct Action policy and a promise to cut emissions by 26 to 28 per cent by 2030, while Labor would like to reach 45 per cent and promised an Emissions Trading Scheme to get there.

Ms McGowan wants to put a price on carbon and voted against repealing the carbon tax, and Mr Wilkie provided crucial support for the Gillard government’s carbon tax.

Senator Xenophon did not want a carbon tax, but NXT would like an emissions trading scheme.

The Greens were founded on an environmental platform and are loud and proud supporters of a carbon price.

Mr Katter is the only crossbencher against carbon pricing – he supports the renewable energy target, but also wants to see Australia use its fossil fuels to maintain a competitive advantage.

Both leaders want to legalise same-sex marriage but are offering different paths to get there.

Malcolm Turnbull promised a plebiscite and has said he expects the national vote to occur by the end of the year, but the new Senate may jeopardise his hopes.

Labor and the Greens want it to be sorted in parliament – so the battle lines will be drawn on whether the choice goes to the public or only politicians.

The NXT, which would like same-sex marriage to be legalised, wants a parliamentary vote too, but have not said if they would vote against a plebiscite.

It is unclear if Mr Katter would support a plebiscite, but he once famously said he would walk backwards from his north Queensland electorate of Kennedy to Bourke, in north-west New South Wales, if a large gay community existed in his electorate.

The Coalition plans to continue the freeze on payments to health professionals under the Medicare Benefits Schedule until 2020.

This formed one of the pillars for Labor’s Medi-scare campaign, but many of the crossbenchers have their own priorities for health.

Local hospital funding became a big issue in Indi after Sophie Mirabella claimed Wangaratta Hospital had lost out on $10 million worth of funding because she was not elected in 2013.

Ms McGowan wants Mr Turnbull to look into whether there were conditions for the funding and agree to put the money back in.

She also wants mental health initiatives to be tailored for regional areas and, along with NXT, would like more telemedicine in regional areas.

NXT would also like to see drug addiction treated more as a health issue than a criminal issue.

NXT wants a new visa category for investors to move to areas with low population and economic growth rates. It also wants greater access to detention centres for the media and international agencies.

Ms McGowan, Mr Wilkie and Mr Bandt have previously voted together to censure Immigration Minister Peter Dutton for his comments made on Baby Asha.

Mr Wilkie and Mr Bandt accused the Minister of implying one-year-old Baby Asha was deliberately burned to facilitate her access to asylum.

There is no love lost between Mr Wilkie and Mr Dutton.

The Greens have had a longstanding policy of ending offshore detention in favour of regional processing.

Representatives from both major parties have been brought before state level anti-corruption bodies, but there is no equivalent on a national level, and Mr Turnbull has ruled out a New South Wales-style Independent Commission Against Corruption.

Bill Shorten has been more open to the idea since former NSW minister Eddie Obeid was found guilty of misconduct in public office.

The issue was not discussed much during the campaign, but the crossbenchers have put thought to it.

The Greens want a federal watchdog, which also has the support of Ms McGowan, Mr Wilkie and NXT.

This is what the crossbench think about major issues