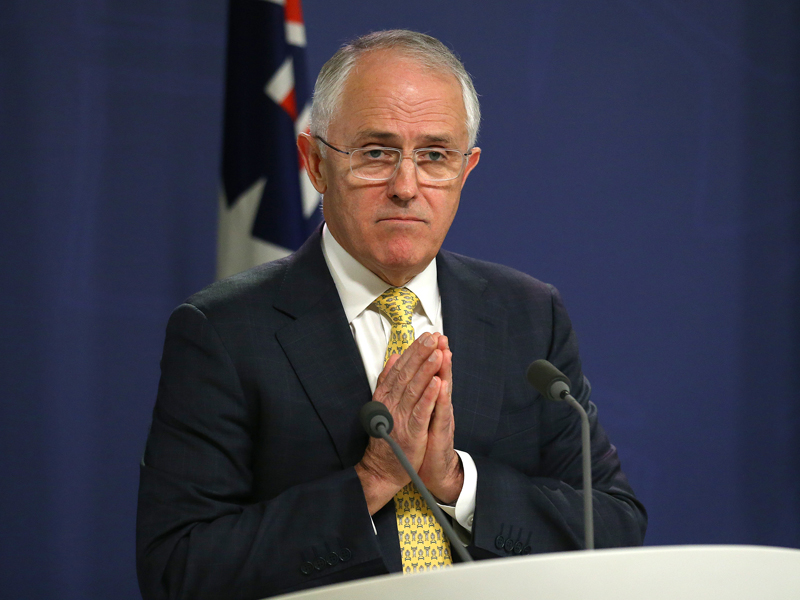 Another Coalition frontbencher has declared that Prime Minister Malcolm Turnbull has won the election as the Coalition edges towards a wafer-thin majority in federal parliament.

The Coalition is currently on track to win at least 74 seats, with another five seats — Cowan, Hindmarsh, Herbert, Capricornia and Flynn — still in doubt.

But Cabinet Secretary Arthur Sinodinos has told Insiders the Coalition is on track to win Capricornia and Flynn, giving it the 76 six seats it needs to govern in its own right.

“There’s a count, let’s wait for the final count. But we’ve won this election, I believe we are the government, and I think that’s a good thing for Australia,” Senator Sinodinos said.

Deputy Prime Minister Barnaby Joyce has also delivered a bullish assessment of the Coalition’s prospects in both seats.

Coalition has mandate for budget: Sinodinos

Labor has been arguing that even if the Coalition wins it will only “scrape over the line” and that it’s lacklustre performance at the election means it has no mandate to push ahead with its signature policies.

But Senator Sinodinos said that argument was “confusing.”

“We got more primary votes than Labor and we’re going to end up ahead of them on the two-party preferred,” he said.

“This idea that there’s no mandate for everybody, well that just confuses the public even further.

Whatever happens in the Lower House, the Coalition will face a tough battle to pass its budget in the Senate, with a new crossbench hostile to some of its signature policies.

But Senator Sinodinos said a re-elected Turnbull Government would still present the budget to the Parliament and press for it to pass.

“What we do with the budget, ultimately is a matter for the Cabinet, the Ministry and the party,” he said.

“But what I’m saying to you is we have a mandate and we should proceed with that mandate and the budget is part of that.”

Both parties optimistic as counting continues

While the Coalition is optimistic about its prospects in Flynn and Capricornia, Labor is feeling increasingly confident about its chances in two other seats — the seat of Cowan, in Western Australia, and Hindmarsh in Adelaide’s western suburbs.

The Australian Electoral Commission will today keep on counting votes in the crucial electorates.

The ALP currently holds a narrow lead in both seats, and remains convinced it can hold on to them both.

But neither side knows what will happen in the final seat in doubt: the LNP held seat of Herbert, which is based around the city of Townsville in North Queensland.

Sitting member Ewen Jones has been eating into the lead established by the ALP’s challenger, Cathy O’Toole — but the Coalition fears he still may not be able to get over the line.

Either way, both major parties will have to wait at least another day for any more results in Queensland.

The Australian Electoral Commission will only resume counting in Capricornia, Herbert and Flynn on Monday.