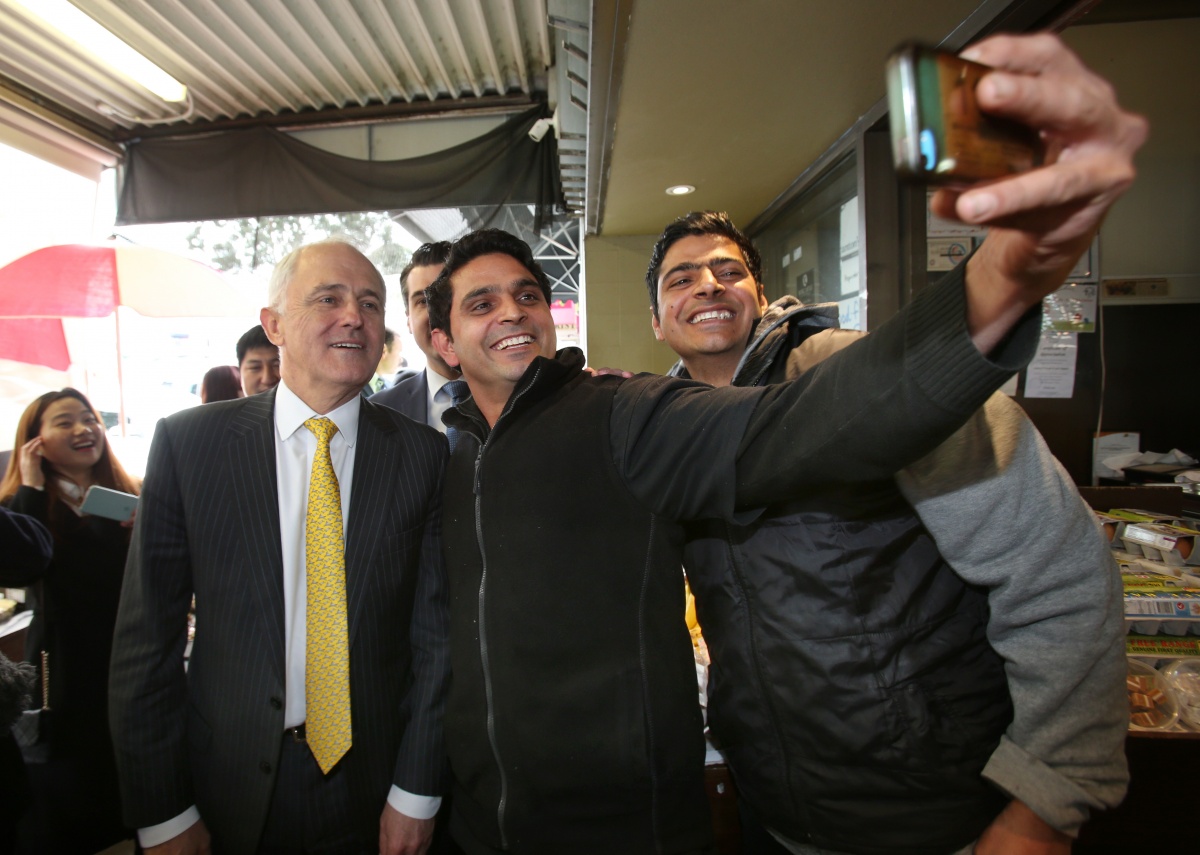 The coalition is inching towards victory with latest counting giving it one more seat, for a total of 74, with prospects of picking up at least another two.

That would give Malcolm Turnbull the 76 seats needed to pass legislation without having to rely on support from independents.

In counting on Friday and Saturday, postal votes gave LNP MP Bert van Manem a comfortable lead of more than 900 votes over Labor challenger Des Hardman in the Queensland electorate of Forde.

The Australian Electoral Commission no longer lists Forde as a close seat.

But five others remain in the balance.

The AEC declared the first official result of the election on Saturday, the Victorian electorate of Mallee, held convincingly for the Nationals by sitting MP Andrew Broad with a margin of almost 30 per cent.

Counting to continue for another week

Only Tasmanian independent Andrew Wilkie made an appearance to deny he had done any deal to support a coalition government.

That’s unlike other independents Bob Katter and Cathy McGowan who have undertaken to side with the coalition in any no-confidence motions or votes against government money bills.

In such cases, he would only vote against the government if it was clearly warranted, which could only arise if the government was shown not fit to govern or engaged in misconduct, he said.

Mr Wilkie said it appeared the coalition had the numbers and there was no way Bill Shorten could form government.

The count won’t officially end until next Friday, deadline for arrival of the last postal votes, many coming from 94 overseas voting centres.

The AEC says this is a close election and the overall result will rely on results in a small number of close seats, which may require a full distribution of preferences. That can only be done from next Friday once all votes have been received.

Counting for the Senate will continue for a couple of weeks.