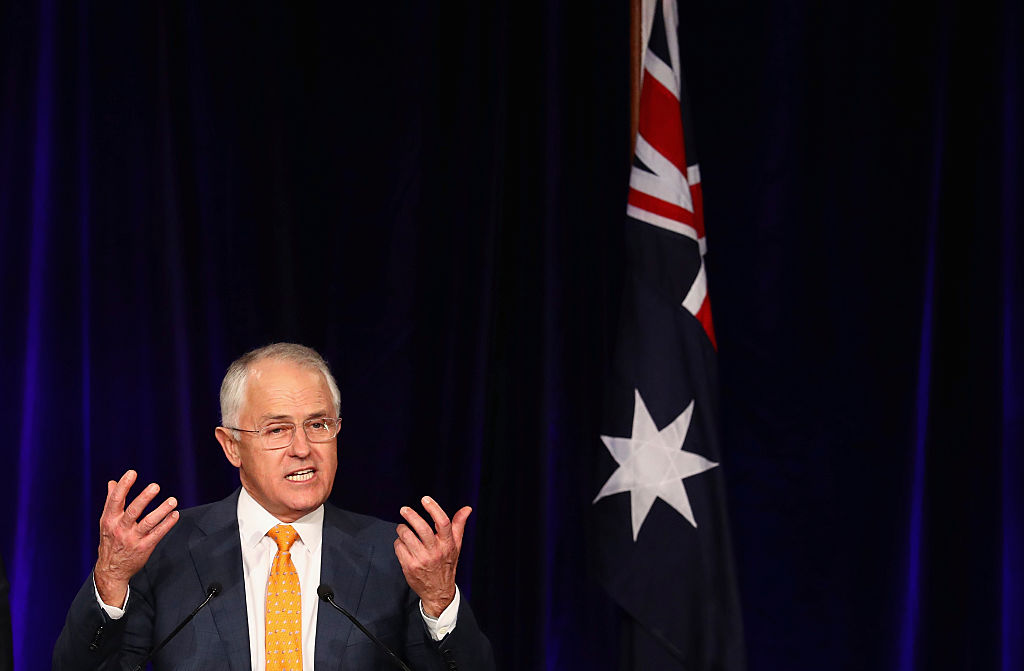 With the publicly acknowledged support of three cross benchers the Turnbull Coalition government is back in power… just.

Mr Turnbull will wait for the declaration of the poll but according to ABC psephologist Antony Green, the prime minister appears likely to form a majority government in his own right – the magic 76 seats in a 150 member House of Representatives.

To reach 76 or 77 the Liberal Party has to take Forde, Capricornia and Herbert with Mr Green noting postal, absentee and pre-poll voting are trending its way.

If it fails in any of these seats it will be a minority government, dependant on support from cross benchers.

In one of the tightest election outcomes since federation the Coalition has suffered a 3.45 per cent two party preferred swing against it, with the Coalition winning a nationwide vote of 50.04 per cent to Labor’s 49.96 per cent.

On Friday Labor leader Bill Shorten declined to concede defeat until the result in doubtful seats was completed. Even then there are expected to be recounts with the possibility of disputes with some margins being in single figures.

Key to ending the uncertainty about Australia’s government were public statements of confidence and supply from the returned MPs McGowan and Wilkie to add to Thursday’s statement from Mr Katter.

None have sought or received formal undertakings from Mr Turnbull about accommodating any lists of demands they may have. But as Mr Katter indicated the PM was listening very attentively to their electorate and wider concerns in conversations.

“We’ve won again. That’s our sixth victory out of the last eight. You’d have to say we are an election winning machine.”

“While maintaining my complete independence, I am prepared to contribute to the stability of the 45th parliament by continuing with my past practice of supporting the government of the day,” Cathy McGowan said.

Mr Wilkie said: “I will continue to vote on parliamentary business on its merits, and consequently not support a vote against budget supply or confidence in the government unless clearly warranted, for example in a case of malfeasance,”

With these public undertakings the Governor-General can be satisfied that Mr Turnbull will deliver workable government even if the final count in doubtful seats leaves it in minority.

Pyne as his party’s cheerleader

In a diverting display of hubris government front bencher Christopher Pyne proclaimed:  “We’ve won again. That’s our sixth victory out of the last eight. You’d have to say we are an election winning machine.”

Mr Turnbull, apparently now contrite and humbled, said he was grateful for the cross bench declaration of support on supply and confidence but he hoped the final count in remaining doubtful seats would deliver majority government.

With his near death experience Mr Turnbull may yet emerge as a policy negotiator after the Nick Xenophon Team leader offered budget repair solutions.

Senator Xenophon, with three senators and a lower house MP now in the parliament, told a business conference in Brisbane on Friday that the Turnbull government should retain the 2 per cent “budget repair” levy on incomes above $180K to raise $4.2billion over four years and $19.2billion over 10.

Senator Xenophon also said the Medicare levy should be lifted “a smidgen” to help restore its sustainability.

Government by negotiation in the face of warnings that Australia’s AAA credit rating may be downgraded may actually assist Mr Turnbull to develop a consensus form of government with the cross bench.

In this context it remains to be seen if Mr Turnbull will attempt to legislate his 10 year “glide-path” to company tax reductions to 25 per cent. This was guesstimated to cost the budget $50billion when fully implemented with its affordability questioned at a time of low commodity prices and flat wages growth

The political priorities at week’s end: Get back to work. Hold the Triple-A.

We have a government at last