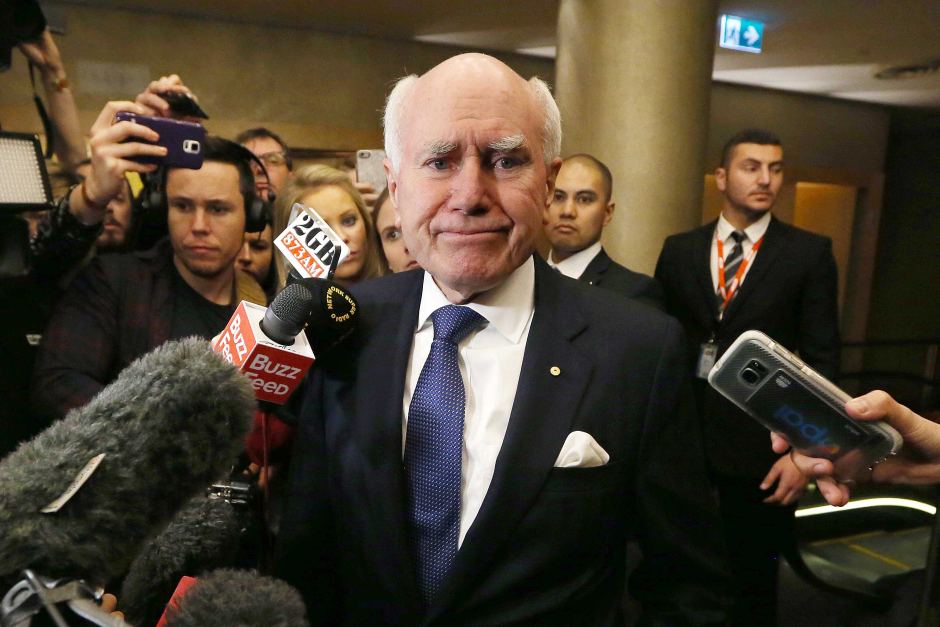 Former prime minister John Howard says Malcolm Turnbull will remain Liberal leader and the man he rolled to get there, Tony Abbott, should stay in politics.

The Coalition still does not have enough seats to form government but Mr Howard said he thought they would reach the minimum of 76.

“Can I throw caution to the wind and say that’s not going to happen,” he said.

The Liberal party statesman and Australia’s longest serving prime minister says he had advised Mr Abbott to stay in Parliament, despite losing the leadership to Mr Turnbull.

“Just as I advised Malcolm Turnbull to stay in Parliament after he was rolled by Tony Abbott in 2009, I think if Tony Abbott has the desire to serve in Parliament he ought to stay there and that’s the advice I’ve given him,” he said.

Mr Howard said the “[Liberal leadership] is not going to become vacant”.

“The last time I spoke to Malcolm Turnbull, which was quite recently, he didn’t give me the impression he wanted to give it up,” he said.

Earlier, Mr Howard urged those who were worried about the Liberal Party to “stay in and fight” and not start talking about separate movements.

“You stay in and fight, you don’t start wandering off the reservation,” he said.

But he told Lateline he did not think Liberals were questioning Mr Turnbull’s leadership.

“I don’t think there’s any questioning of Malcolm Turnbull’s leadership in the Liberal Party at the moment, I really don’t,” he said.