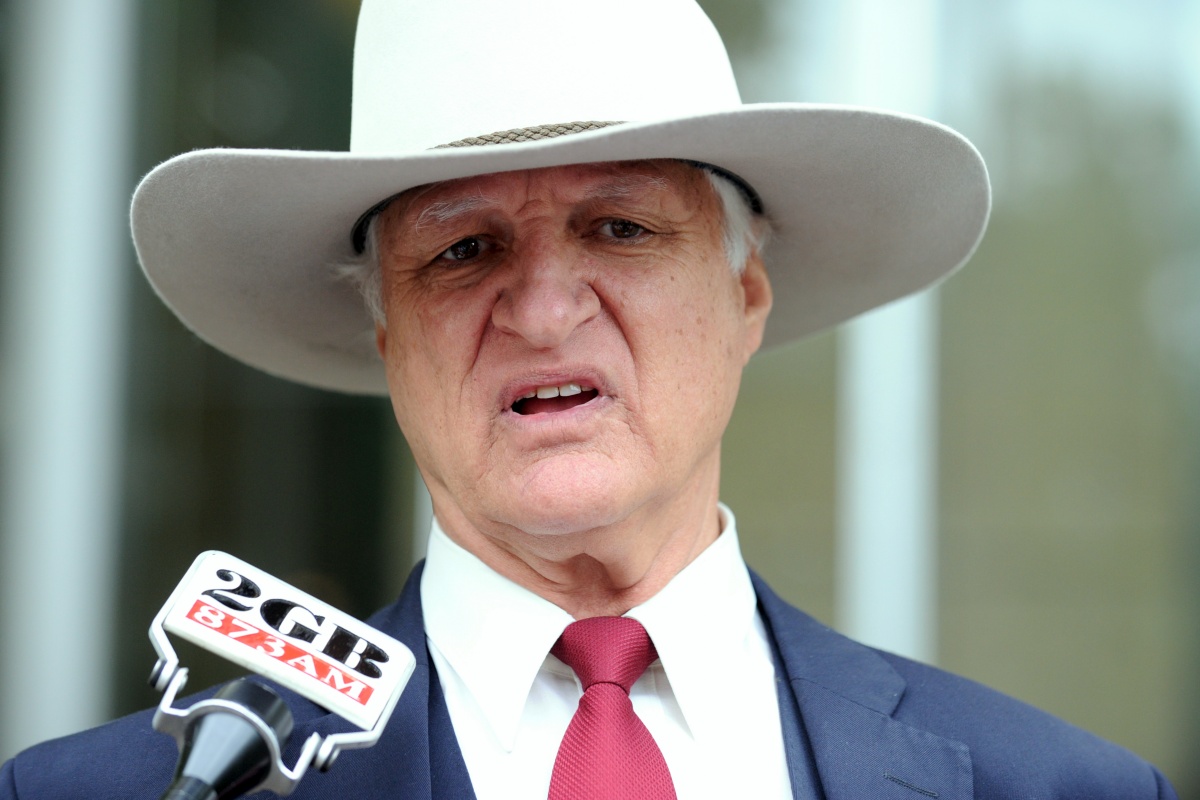 Veteran independent MP Bob Katter will support supply and confidence in a returned Turnbull government, but without enthusiasm.

Mr Katter spent two hours with Prime Minister Malcolm Turnbull in Brisbane on Thursday and at the forefront of his demands was a new dam at Hell’s Gate on the upper Burdekin River and to stop attacking unions.

There was no formal agreement signed, but Mr Katter did leave the meeting convinced the dam would finally be built.

“Hell’s Gates was germane to the discussions today and I’m happy in my own mind that we will have a determination to move forward and not to talk about it, but to actually build a dam and create 20,000 jobs into the future,” he said.

However, Mr Katter’s agreement is only to support “supply and confidence for a Turnbull government” and nothing else.

“I do so with no great enthusiasm,” he said.

“I maintain my right to move at any point of time in another direction. I mean, there is no way in the world that I’m giving a rubber stamp.”

Mr Katter said he’s been previously duped by the Coalition when he had to deal with Tony Abbott.

This time around, he won’t rely on a verbal undertaking from the Coalition but will insist any pledges are made in writing.

“There was some misrepresentation the last time,” he said.

“I would most certainly be working to seek those arrangements in writing.”

Mr Turnbull held a brief and impromptu press conference, calling his meeting with the Kennedy MP “very good and constructive”.

Mr Katter warned the Coalition not to pick on the union movement in the same way Mr Abbott went after them.

“If there is the slightest hint of union bashing, and I can assure you all bets are off,” he said.

With the Turnbull government still unsure whether it will obtain enough seats to govern in its own right, Mr Katter said he had to give his undertaking to ensure Australians did not go back to the polls.

He also tackled the issue of foreign ownership and for Australia to finance a railway line to be built to service coal mining in the Galilee Basin.

Mr Katter aims to meet with Senator Nick Xenophon, whose team has won a lower house seat and a number of Senate seats as well, to form a mini-alliance.