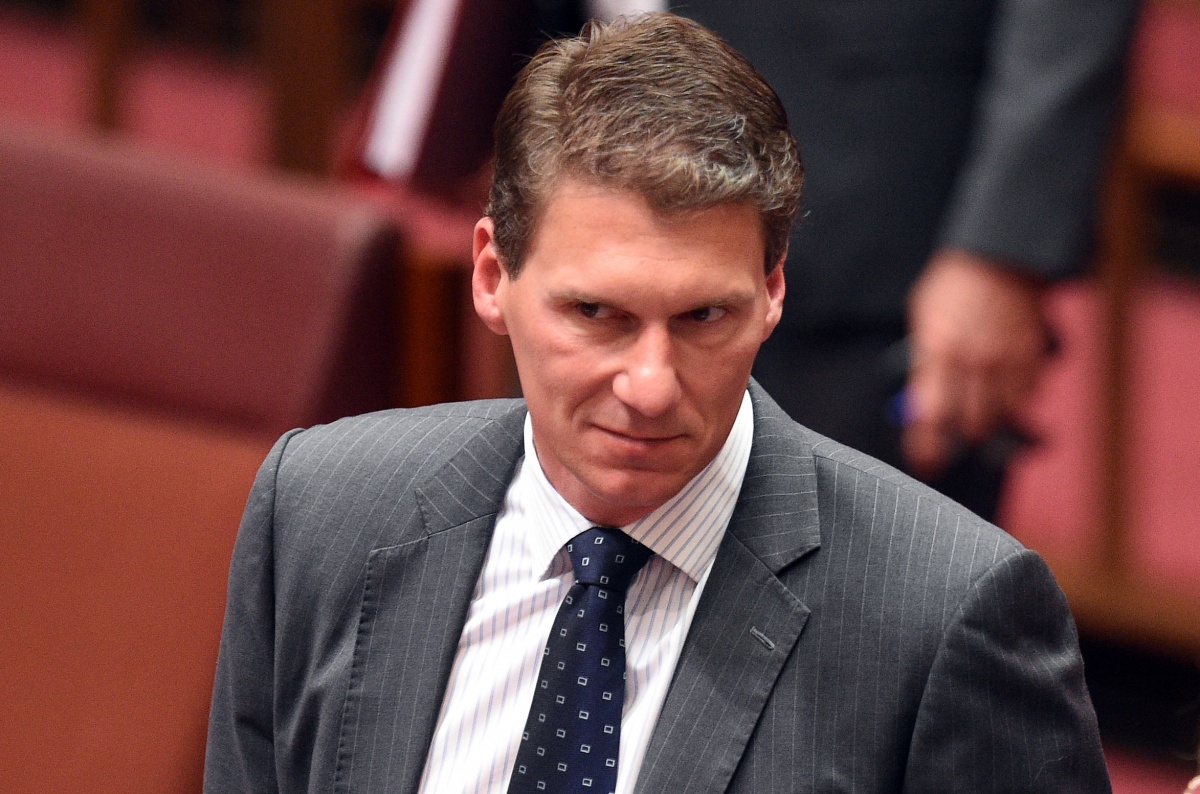 It has long been rumoured that Mr Bernardi would leave the Liberal Party. Photo: AAP

A rallying cry from South Australian senator Cory Bernardi for conservatives to register their interest with a pro-conservative website has raised concerns that the Liberal Party is headed for a split.

In media interviews, Senator Bernardi has described the destruction of the Liberal Party’s 21 seat House of Representatives buffer at Saturday’s federal election as “a disaster”.

He has clashed with Liberal pollster Mark Textor, alleging that Mr Textor had said the party’s conservative base did not matter because it had nowhere else to go politically.

Whatever people felt about the re-emergence of Pauline Hanson, it had to listen to the views being expressed by Ms Hanson’s now significant support base, he said.

Senator Bernardi denied his blog post soliciting people to register their interest with a Conservative Leadership Foundation website www.conservative.org.au was calculated to split the Liberal Party. He also denied he was manoeuvring to form a break-away political party.

The website simply advocates “uniting Australia’s conservatives,” and asks people to register their interest by providing their email addresses, he said.

While not attacking Prime Minister Turnbull personally over his party’s electoral performance, Senator Bernardi said the leadership had to be held to account.

The Coalition’s election campaign was akin to a “lawn bowls” match, while the Labor Party treated it as a “dog fight”.

How broad is the church?

The failure of the Liberal Party to be as broad a church as it claimed after Mr Turnbull replaced Mr Abbott as parliamentary leader last September has provoked Senator Bernardi to greater activism.

“I want to make sure that people who have a conservative disposition are adequately represented in the public square,” Senator Bernardi told Fairfax Media.

The splintering of the Liberal Party’s base vote, benefiting Ms Hanson and other hard right parties and candidates at the party’s expense, is seen by some Liberals as vindication of his position.

Is Abbott somewhere in this woodpile?

Senator Bernardi’s advocacy for the so-called conservative base of the Liberal Party presents a culture-war challenge to Mr Turnbull.

Had Mr Turnbull convincingly won the election on Saturday, Bernardi’s advocacy would be muted.

If the Coalition emerges with majority government after the final vote count this week, Mr Turnbull will have to decide if he has the energy and commitment to manage the political crisis let alone engage in a values battle with his party’s hard-right factions.

While this creates a perception of getting back to the business of government, Senator Bernardi’s willingly publicised interventions may signpost an immediate political objective — the return of Mr Abbott to the leadership of the federal parliamentary Liberal Party.

Is this splitsville for Libs?