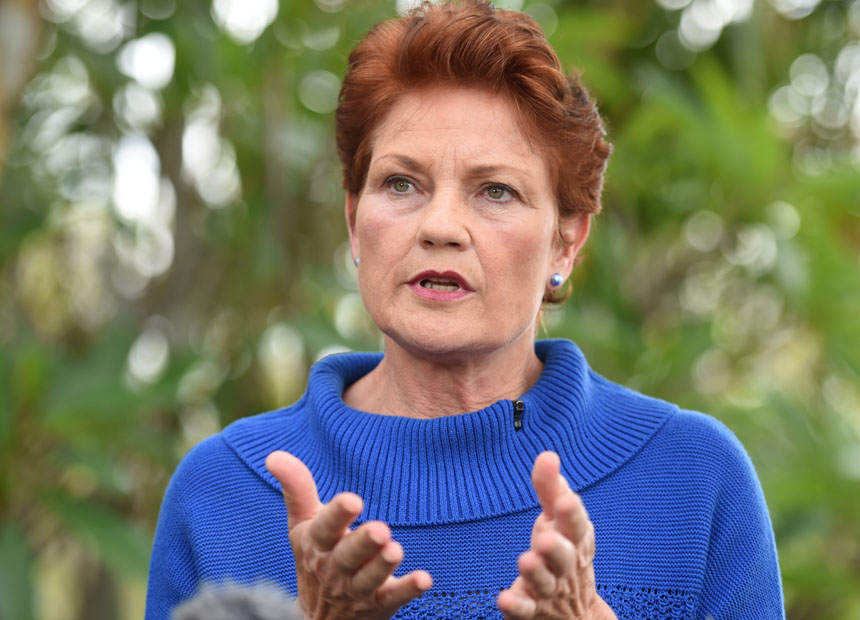 Sydney’s Lebanese Muslim community has strongly condemned Pauline Hanson and labelled her a “hate preacher” after her latest anti-Islam remarks.

In a strongly-worded statement denouncing Ms Hanson, the Lakemba-based Lebanese Muslim Association said the One Nation party leader’s attacks on Muslims and other minority groups were “outrageous in their blatant prejudice”.

“Her animosity to cultural diversity is deeply problematic to a society that prides itself on multicultural cohesion.

“Her contributions to public discussions and her ongoing vitriol against Muslims and minorities amounts to hate speech, and her actions and policy decisions mark her as a hate preacher.”

Ms Hanson is set to return to the federal parliament after almost 20 years after claiming a senate seat in Saturday’s election.

In a press conference on Monday, she said Islam was not a religion of peace but an ideology, and it was time to look at its rise in Australia and what is being preached inside mosques and Islamic schools.

“I’d like to know what they are teaching in those mosques,” she told reporters in Brisbane.

“You can’t deny the fact that in these mosques they’ve been known to preach hate towards us.”

Ms Hanson, who’s confident her party will pick up more senate seats as the vote is counted, also said people in some Sydney suburbs felt they had been “swamped by Asians”.

In relation to Islam, she’s demanding a royal commission into the religion and wants to put a stop to further Muslim immigration, the building of new mosques, and women wearing the burqa and niqab in public.

“We call on Ms Hanson and her party to end their vitriolic campaigns, to educate themselves on the communities and traditions they so easily disparage and insult,” the association said.

Former foreign minister Bob Carr called Ms Hanson a racist, saying she will be “an embarrassment to Australia” in Asia.

“All countries have mischievous troublemakers and racists like Pauline Hanson in their political systems, forever whipping up racist anguish in times of economic adjustment,” he told the Sydney Morning Herald.

“It would have been nice though if Australia was one country left unblemished by this racist populism.