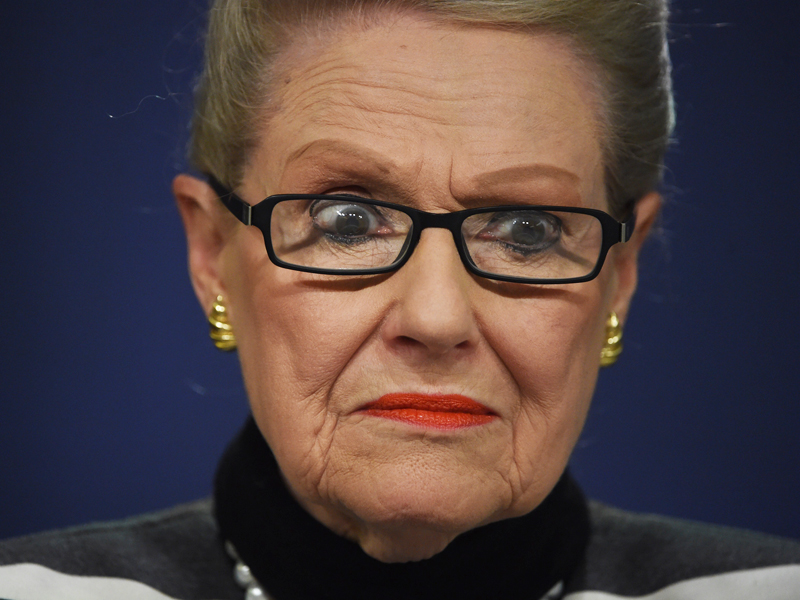 Former speaker Bronwyn Bishop says she weeps for Australia because of the election result and believes the government may not last the full three years.

The Coalition campaign was not one she would have expected, lacking negative campaigning attacking Opposition Leader Bill Shorten over the unions, she told Sky News on Monday.

“I have got to say today I weep, I cry, I cry for the country. It desperately needs free-enterprise government and it’s not getting it.”

Mrs Bishop said she could not comprehend how the campaign came to be dominated by a debate on Medicare. The Coalition should have gone hard on unions and boat arrivals.

“Those are areas where the Labor Party is weak,” she said.

She believed Prime Minister Malcolm Turnbull should have called an election for March. What had occurred was the worst possible outcome.

There was a case for former prime minister Tony Abbott to return to the front bench as an elder statesman and the argument for his return was now even stronger, she said.

However, the Nationals, who performed well in the election, also had a strong case for extra representation on the front bench, she said.

Bronwyn Bishop delivers her verdict on the election