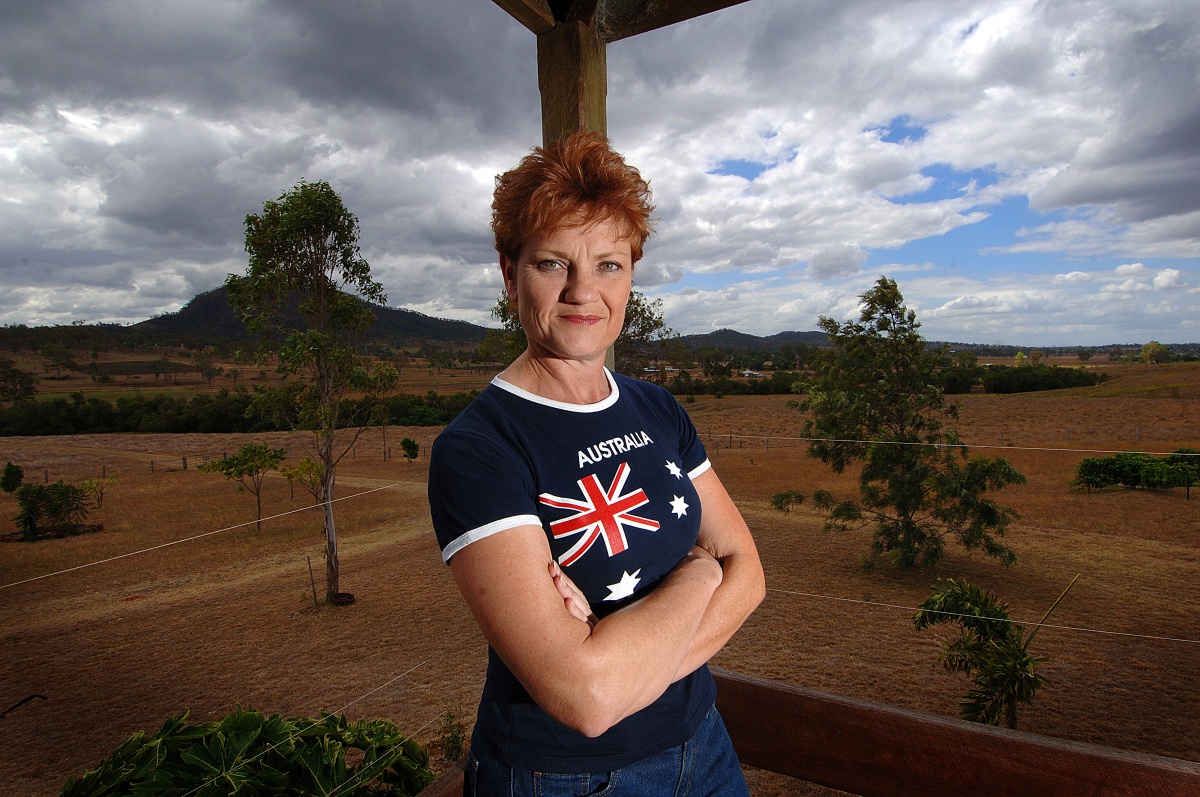 Colourful One Nation leader Pauline Hanson is not pulling any punches after being re-elected on Saturday.

The outspoken conservative has already warned of “terrorism on our streets” and called for royal commissions into Islam and climate science.

It’s been 18 years since the one-time fish and chip shop owner won a seat in Parliament.

• Hanson: ‘PM must have lost my number’
• Pauline Hanson’s back – get used to it
• Magic 76 is all that matters for Turnbull

The exact outcome of Saturday’s vote is still unknown, but it looks certain she herself will win a Senate seat, and possible that she will be joined by one or more of her One Nation running mates.

Here is what Australians can expect.

Ms Hanson was born the daughter of fish and chip shop owners in Ipswich, Queensland.

She left school at 15 and married Walter Zagorski, a Polish refugee, at 16.

Ms Hanson had two children with Mr Zagorski before the age of 21, eventually divorcing him to marry tradesman Mark Hanson.

She divorced again two children later, before being pre-selected by the Liberals to run for Oxley in 1996.

Despite being disendorsed by the party after calling for an end to special government assistance for Aborigines (it was too late to remove her from the ballot papers), Ms Hanson won the seat and sat as an independent.

The next year, in 1997, Ms Hanson founded the One Nation Party, which she ran until she was ousted in 2002.

Ms Hanson has long argued that white Australians are subject to “reverse racism” and Australia is being ruined by political correctness.

In her maiden parliamentary speech in 1996, she made it clear that immigrants and Indigenous Australians were on the top of her hit list.

She opposed reconciliation (believing it would split the nation into two), immigration, foreign aid and Aboriginal funding.

Ms Hanson’s focus was not on Muslim immigration – instead, she warned that Australia was being “swamped with Asians”.

One Nation now calls for a ‘net’ immigration of zero each year and for a royal commission into whether Islam is a legitimate religion.

“You have our values, culture and way of life, you don’t have a full burka,” Ms Hanson told reporters on Monday.

“You don’t keep putting up mosques. You cannot deny the fact that in these mosques, they have been known to preach hate towards us.”

Ms Hanson is also calling for a ban on Muslim immigration, on Halal certification and surveillance cameras in Mosques.

According to One Nation, Muslims are “changing our way of life, taking away our freedom and terrorising those who want to live in a peaceful society”.

In 2003, Ms Hanson was jailed for three years for electoral fraud along with her party co-founder David Ettridge.

According to the court, Hanson and Ettridge falsely claimed 500 people were members of One Nation in order for the party to qualify for the Senate.

The convictions were later quashed by the Queensland Court of Appeal over lack of evidence and both Ms Hanson and Mr Ettridge were released from jail.

Ironically, One Nation has a specific policy against electoral fraud and says it does not trust the current electoral system in Australia.

Ms Hanson is also calling for a royal commission into climate science “corruption”.

She believes climate change is being “used as a political agenda by politicians and self interest groups or individuals for their own gain”.

One Nation will call for the scrapping of the Renewable Energy Target and any move toward an emissions trading scheme.

The party’s policy document says: “Climate change should not be about making money for a lot of people and giving scientists money.”

Mr Hunt dressed up in drag as Ms Hanson and even changed his name so that it would appear on the electoral roll as Pauline Pantsdown.

His 1997 song ‘Backdoor Man’ was a huge hit on radio station Triple J until Ms Hanson successfully applied for an injunction against the song.

Mr Hunt told the ABC on Monday he was now weighing up whether reviving the character back would be “useful”.

“I’ve had about 75 messages saying, ‘We’re assuming Pauline Pantsdown will be back’.”

What we can expect from Pauline Hanson