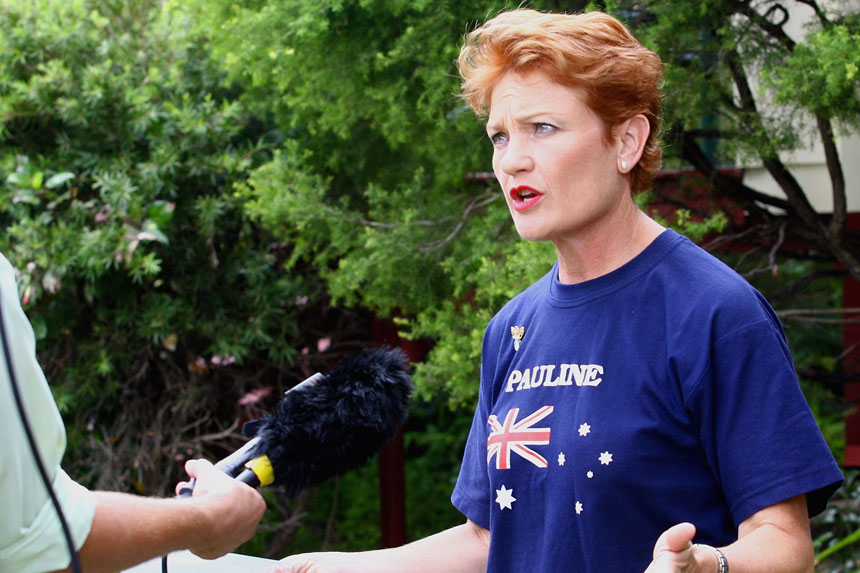 The One Nation leader believes her party could win up to six senate spots – two in Queensland, one in NSW, one in Western Australia and possibly one in each of Tasmania and South Australia.

Asked if the prime minister had called her yet, Ms Hanson said “no, I think he has lost my number”.

Asked if the opposition leader had been in contact, Ms Hanson laughed.

“You’ve got to be kidding,” she told Seven Network.

“At this point I am totally independent, maybe not like everybody else.”

“I spent 50 minutes on the phone last night with the Prime Minister of Australia,” he said.

“On Friday, I got a call from Bill Shorten wishing me well.

“So they were out there trying.”

Mr Hinch declined to detail his conversation with Mr Turnbull or Mr Shorten, “or they’ll never call me again”.

“It was interesting, but I will say that Malcolm Turnbull and I, we did not discuss the football, I can tell you.”

Pauline Hanson: ‘PM must have lost my number’