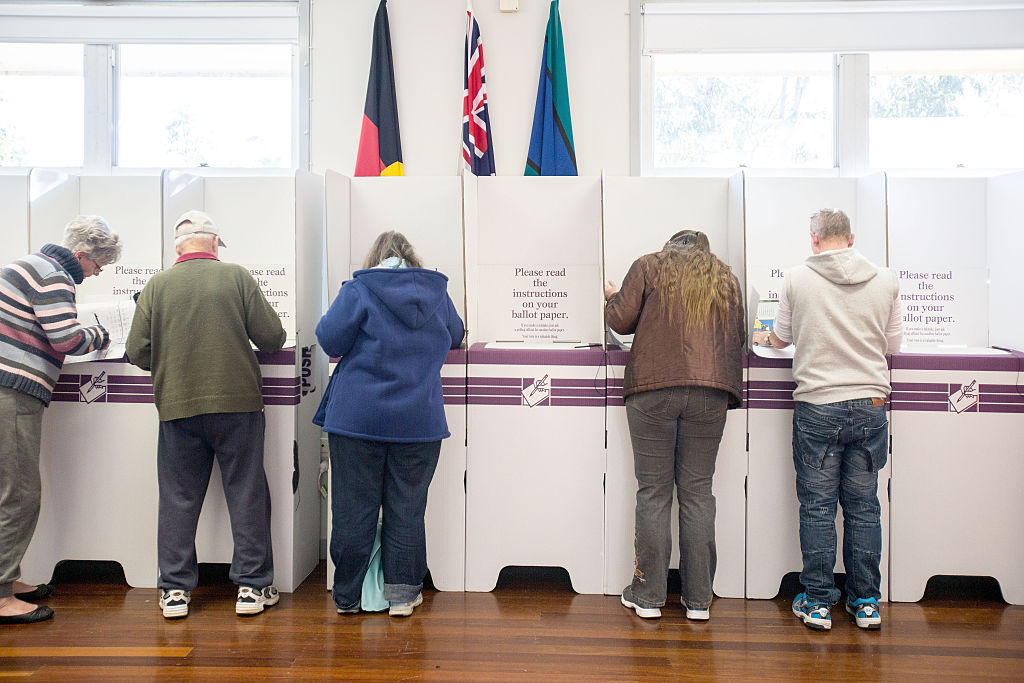 Working a 15-hour shift at the polls on Saturday exposed to me numerous flaws in our electoral system.

All eyes were on the Senate ballot paper this year, with reports that many voters didn’t understand or weren’t properly instructed on how to cast their important vote.

• Vote chaos: what happens next?
• Turnbull must resign: Shorten
• Election 2016: all the winners and losers
• Shorten may have landed a killer blow

But working at a local primary school in an official capacity, I also saw language barriers, a lack of staff and a system more outdated than the fax machine.

With the polls only just closed, multiple news outlets reported that many voters felt confused by the new Senate voting system.

This year the official Australian Electoral Commission (AEC) line was that voters had to enter at least six numbers above the line, or at least 12 numbers below the line, for their vote to count.

That wasn’t technically true. AEC staff were told that, in fact, a simple ‘1’ either above or below the line would still count as a formal vote.

Forcing voters who are largely uninformed about the 100-plus Senate candidates to pick at least six likely leads to them guessing based on party name (a dangerous game), to donkey voting, or to them marking nothing.

What’s with all the paper?

There has to be something done about the size of the Senate paper.

Aside from being cumbersome – and not actually fitting in the polling booth – the massive sheet was clearly intimidating for voters already unsure of what they needed to do.

There wasn’t time for staff to unfold the ungainly white ballot for every voter, and I’m sure most couldn’t wait to be rid of it.

It appears the AEC is in denial about the number of Australian immigrants who are not functionally literate in English.

Scores of voters at my polling centre clearly struggled to understand the voting instructions, but were unable to be helped unless a polling official who spoke their language happened to be present.

If a suburb has a large Greek population, the AEC should employ a Greek translator.

For the less prevalent languages, centres should be fitted with multiple-language instruction pamphlets or even large posters featuring instructions in multiple languages.

Voters could read up as they waited in the long lines.

Put simply, the number of voters who simply shrugged their shoulders at me helplessly and walked off with the ballot papers was concerning.

As I looked at the tired faces in the room at 9.30pm, it was clear the margin for human error was high.

Casual staff started their shift at 6.50am and didn’t clock off until 10pm at my polling centre, which meant some of us were hysterically tired by the time we counted the votes.

And we were one of the earlier teams to finish for the evening.

Popular opinion says electronic voting is flawed because it’s vulnerable to hacking, but surely a bunch of exhausted polling officials is also fraught.

Of course, the votes will be counted twice more after the initial count, but that doesn’t mean an electronic system, or at least fresh sets of eyes, shouldn’t be considered.

And with the outcome still uncertain, who knows: we may be back at the polls sooner than we think.

The author has asked to remain anonymous.

This is what is wrong with our voting system