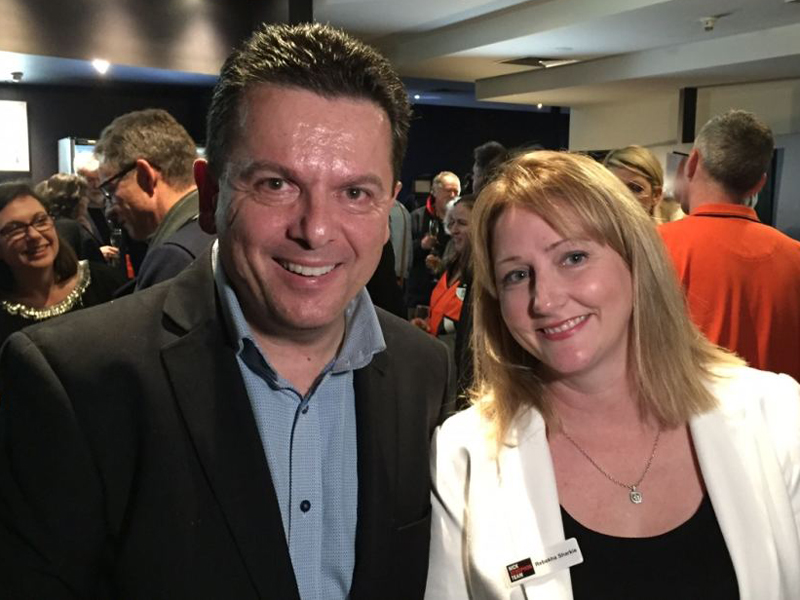 The Nick Xenophon Team says it remains in with a chance of snaring the regional seat of Grey from the Liberals in South Australia.

“Obviously the postals will favour the Coalition but I think that we’re in with a chance in Whyalla … Port Lincoln, Port Augusta, Port Pirie — all of those communities that cover 92 per cent of the state,” party leader Nick Xenophon told the ABC’s Insiders program.

“I still haven’t given up hope on that, I think it’s going to be line ball.”

Sitting Liberal member Rowan Ramsey said it was far too soon to know who would win, as the second-highest polling had been by NXT rather than Labor’s candidate.

“The AEC (Australian Electoral Commission) called it wrong on the two-party preferred, which is quite surprising considering the publicity that’s been around the seat,” Mr Ramsey said.

“I think it’s highly likely that the seat will be determined by ALP preferences and, of course, they had a split preference ticket, so that might take quite some days to sort out and then it may well come back to postal votes and declaration polls so it could be some time.”

AEC state manager Paul Hawes said there had been no Xenophon House of Representatives history to use, but he conceded recent opinion polling should have been considered.

“There’s lots of things we reflect on in hindsight,” he said.

“There’s no history on obviously how the Nick Xenophon Team would poll in any seat in South Australia because he’s never run in the Lower House.”

NXT candidate Rebekha Sharkie achieved a big swing to unseat Liberal Jamie Briggs in the Adelaide Hills electorate of Mayo and NXT is set to have three, possibly four, senators.

Senator Xenophon told Insiders of the key issues he and his parliamentary colleagues planned to raise in the next parliament.

“There is a lot of work to do in terms of issues that are facing not just South Australia but the nation — our manufacturing industry, our farming sector, issues of predatory gambling,” he said.

On the prospect NXT might hold the balance of power in the Lower House, the senator said: “I think it’s too early to say but if there is going to be a hung parliament, obviously I will sit down in good faith from the perspective of the political centre to talk to both sides of politics.”

Senator Xenophon said his party had achieved a great deal with far less spending than the major parties.

“In Grey, from a standing start of just 10 weeks away to get 29 per cent, and in [the regional seat of] Barker a similar figure, high 20s, with effectively a four-to-five week campaign, I think it puts the major parties on notice,” he said.

“We will continue to work in those electorates very hard and I’m not a sole trader now in the Senate. It means I will be joined by colleagues who I have a lot of respect for where we will work as a team and we can do so much more.”

“If you can’t represent them, they will find their way to these other popular parties so it’s a message to the major parties to care for those people who are being adversely affected by globalisation.”

Peter Dutton touted as next Liberal leader as he claimed victory in Dickson
‘The urgency of the situation’: WHO steps in as monkeypox cases erupt around the world
Volodymyr Zelensky: How war will end as Ukraine ‘breaks backbone’ of Russian army
Jim Chalmers decries Coalition waste as Labor hits the hustings amid downpours in Queensland
Anthony Albanese, Scott Morrison cast their votes in Sydney
Australian aces at French Open out to show there’s life after Ash Barty
Storm erupts over Albanese leadership speculation
Today's Stories