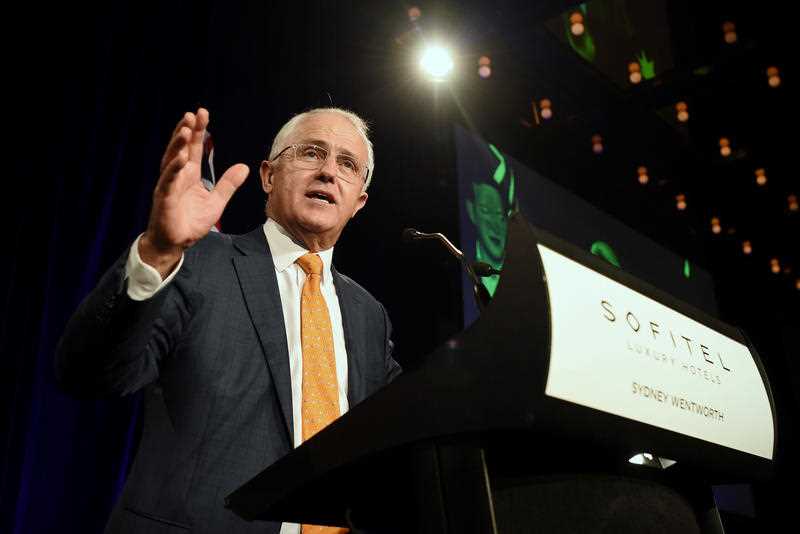 As counting of the votes continued early into Sunday morning, and a definitive election result eluded the pundits, one thing nevertheless became increasingly certain. Malcolm Turnbull is in trouble.

Saturday’s election result was meant to be the justification for dumping the disliked Liberal prime minister Tony Abbott. Mr Turnbull’s pitch to replace Mr Abbott was based on providing superior “economic leadership”, delivering a turnaround in the opinion polls and, ultimately, the re-election of a majority Coalition government.

A number of conservative Liberals shifted their support from Mr Abbott to Mr Turnbull in the belief he could deliver on those commitments. The remaining Abbott supporters have bided their time, confident they would soon have the opportunity to say “I told you so”.

• Bill Shorten may have landed a killer blow
• Poll on a knife edge with ALP in reach of power
• Turnbull challenge now all about negotiation
• Yes, there were two victory speeches
• Hanson, Xenophon shake up Senate
• Voters cranky about long queues
• Shorten sausage scandal steals the day

And it appears they believe that time has come. On Saturday night Coalition MPs watched the healthy 13-seat majority won by Mr Abbott in 2013 fall, perhaps to single digits, or even be wiped out altogether.

Even if the Coalition does manage to be re-elected in its own right, the supporters of Mr Abbott will see this as the third strike against the man who knifed their preferred leader.

Mr Turnbull failed to provide economic leadership, confusing voters with clumsy proposals to increase the GST or give the states income tax powers, only to then back away from them. He improved the Coalition’s standing in the opinion polls, but only for a few months. And he has now led the government to either a significantly reduced majority, a minority or even defeat.

So it didn’t take long for Mr Turnbull’s detractors to emerge, to lay the blame for the result firmly at the PM’s feet. First there was anonymous backgrounding to journalists, who reported they’d been told the government’s proposed changes to superannuation had driven away the Coalition’s base.

This point was picked up later on Saturday night by Liberal arch-conservative Cory Bernardi, who used Twitter to take a swipe at the Liberals’ pollster and strategist Mark Textor:

This was in response to a comment made last year by Mr Textor that “the qualitative evidence is [conservatives] don’t matter” because “the sum of a more centrist approach outweighs any alleged marginal loss of so-called base voters”.

Former chief of staff to Mr Abbott, Peta Credlin, concurred with Senator Bernardi saying the drop in the Coalition’s vote could be attributed to a backlash by traditional supporters against the super changes. She pointedly added “no one can blame this result on Tony Abbott”.

Then conservative columnist and number one ticket holder of the Tony Abbott fan club, Andrew Bolt, moved in to unleash a furious denunciation of Mr Turnbull.

Claiming the PM had “treated the Liberal base like dirt, smashing it with a huge super tax, refusing to speak to conservative journalists, [and] repeatedly humiliating Abbott”, Mr Bolt accused Mr Turnbull of pandering to progressives, holding the double dissolution on false pretences, and having only one policy, which was a dud.

Mr Bolt concluded that the Liberal leader had turned “almost everything” to ruin, was “a disaster”, had “betrayed Tony Abbott and then led the party to humiliation, stripped of both values and honour”, and should resign.

No doubt similar sentiments will be echoed by the rest of the conservative commentariat in the days to come.

Much will also be made of the fact that three of Mr Turnbull’s key supporters lost their sets – Fiona Scott, Wyatt Roy and Peter Hendy, who infamously hosted the meeting before the coup against Tony Abbott.

However, one of Mr Abbott’s chief lieutenants Andrew Nickolic was also defeated. Mr Abbott even suffered a nine per cent drop in his primary vote.

Nevertheless, it is clear there are rocky days ahead for Mr Turnbull. Even with a majority government it is unlikely he will have the numbers to pass the legislation to re-establish the Australian Building and Construction Commission, which was the ostensible reason for the double dissolution election.

He will have to battle many of his own people over the superannuation changes as well as a means to enact the outcome of the same-sex marriage plebiscite.

And the new Senate looks to be no less a negotiating nightmare than the last one – with three or more Xenophon senators, a refurbished Pauline Hanson, Jacquie Lambie and Derryn Hinch all sitting on the new crossbench.

If his own people don’t pull him down, another intransigent Senate might just be the end of the Prime Minister. There has never been a more exciting time to be Malcolm Turnbull.

Win or lose, Turnbull is in a world of hurt