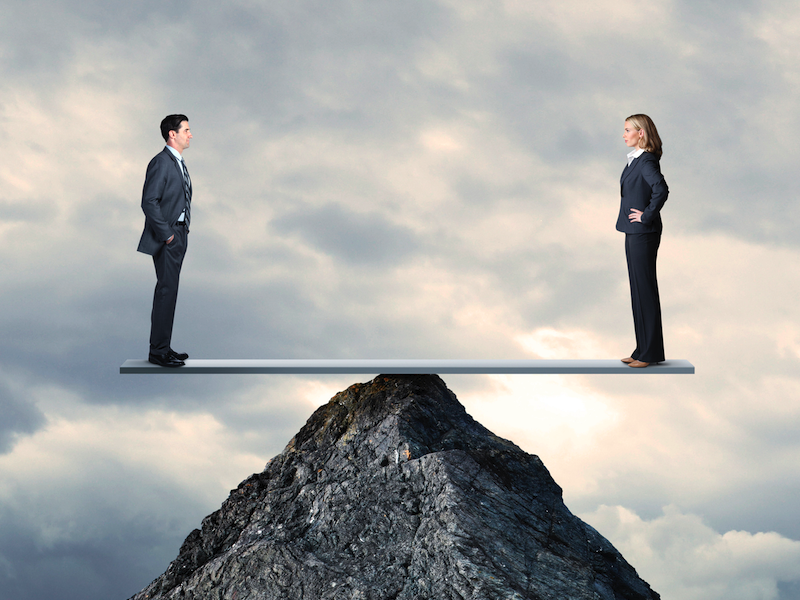 While politics buffs may find the current neck-and-neck vote counting thrilling, this election result threatens to destabilise the Australian economy at the worst possible moment.

The as-yet crownless Malcolm Turnbull was right before the election to argue in favour of ‘stability’. Global markets and economies are in a quiet hiatus following the Brexit shakeup, but few expect that to last long.

And when financial pain sweeps through markets, stability is key. That is not to say that only the Coalition could provide it – just that political ructions should be minimised in the months ahead.

But look at what we have. In the days after the vote, cracks are emerging in both major parties, as die-hard political operators put their own agendas ahead of the national good.

On the Coalition side, right-wing senator Cory Bernardi has slammed the Liberals who voted to replace Tony Abbott as PM last September, and WA senator Chris Backs says he’d be surprised not to see Mr Abbott in cabinet.

On the Labor side, speculation is swirling around the prospect of either Tanya Plibersek or Anthony Albanese taking over from leader Bill Shorten.

The cost of instability

Okay, so there’s always jostling in federal politics, but that is not the issue.

What we are seeing again is a national media that feeds on the destructive tendencies of politicians, but fails so often to back in difficult and economy-improving reform.

Audiences have a role in this. If you read a journalist or commentator just because you think they’re going to confirm your prejudices, things will not move forward.

Let’s look at tax reform. Many reviews, including the Henry Review and Malcolm Turnbull’s own 2004 discussion paper, call for the tax base to be broadened, simplified and in some cases made fairer.

Doing so would allow a couple of percentage points of GDP in additional revenue to be raised, without hurting growth or distorting economic activity – in fact, they would do the opposite.

That kind of money would address the budget deficit, fund services that Australian love, and make the whole system fairer.

But try any of the difficult reforms and front pages splutter about who is losing money, whose house prices will fall, which wealthy retiree can’t leave as much as they’d like to their heirs.

How can this be allowed to go on year after year?

The best economic minds in the country are in broad agreement on many of these issues, but when Labor or the Liberals actually try to action one of them, they are shouted down.

Superannuation tax concessions – one of the bold plans put forward by Mr Turnbull – need to be reduced, as The New Daily has pointed out for some time.

The GST could easily be made an equitable tax, and one that is far less distorting to the economy that high rates of income tax.

We need efficient, and affordable carbon reform, but it was the national media that played the pivotal role in 2013 in getting Australians to vote for what in the long-run would be a far more expensive ‘direct action’ approach.

Negative gearing and capital gains excesses need to be reined in, to end a historic misallocation of capital that is simply not creating the ‘jobs and growth’ of the future.

There are many other areas in which fixing major problems may hurt some vested interests to deliver to the Australian people what they actually want.

One side of politics or the other could index ‘bracket creep’ to inflation to prevent it being used as a political weapon.

And Medicare and the family payments system could, and should, be made leaner, but not by cutting middle and lower-middle income benefits.

With each of these reforms, national media wait like a pack of wolves to tear it apart.

And that media environment emboldens the Bernardis and Backs, the Pliberseks and Albos, to think “if I just throw out that troublesome reform, I can make myself and my supporters more powerful”.

The big-picture result is a see-sawing on major policies, that business finds difficult to adapt to and which hampers investment, growth and job creation.

That can be stopped, but it will require Australia’s economic thought leaders – most often journalists – to pick up the phone and canvass top economists themselves. And when a policy is good, to offer support for reform, not gotcha moments or fear-mongering.

We need to hear more voices saying: “Bravo Mr Turnbull for addressing super tax breaks”, “bravo Mr Shorten for trying to temper the nation’s house-price madness”, or “well done to those who asked for a real GST debate”, and “shame on those who falsely shut down that debate for political reasons”.

Every three years we vote, and we get the politicians we deserve. But every day we consume media that militates against real reform.

The reform-backing coverage is out there – we all need to do more to find it, to spread it around, and watch as the politicians get on with the painful reforms that will make the nation stronger.

The election see-saw is dooming the economy