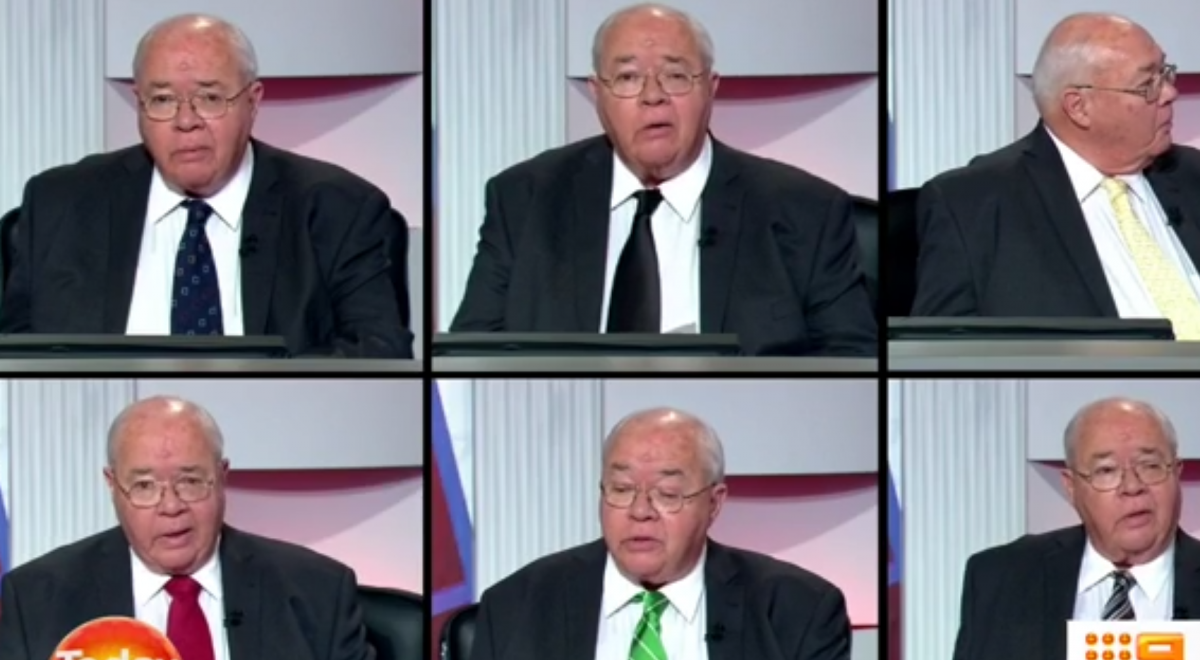 Veteran political journalist Laurie Oakes has caused a stir in the betting world by changing his tie six times during the Nine Network’s election broadcast.

In the lead up to the election, betting agency Sportsbet opened a market on which colour tie Oakes would don during the coverage.

After finding this out, a cheeky Oakes decided to sabotage the result.

The journalist did not reveal the reason for his regular tie swaps until late in the Saturday night broadcast.

“All I can tell you is that I am the punters’ friend,” Mr Oakes said. “Sportsbet ran a book on what colour tie I’d wear tonight and the six choices were gold, red, blue, black, green and any other colour.”

Sportsbet were forced to issue a statement after Oakes’ performance.

The company said when Oakes wore the red tie first – the favourite colour on the market – it thought it had picked the right shade.

However after five more changes the mood at the agency turned and Sportsbet was forced to pay out on all bets.

A sixth tie for @LaurieOakes…enough!
Stuff this! We’re paying out on all tie colours! @Channel9#ausvotes pic.twitter.com/7w24gqdAPH

Twitter user Susan Hetherington wrote that Oakes’ ploy was “utterly hilarious”. Others lauded the journalist for taking on the betting company.

“Well done Laurie Oakes,” Dominic Steele tweeted. “I’m for anything that works against the gambling industry.”

It was an eventful night for Oakes. He also made headlines for describing Malcolm Turnbull’s “victory speech” as “pretty pathetic”

Early on Sunday morning, Mr Turnbull said he was confident the Coalition would form a majority government, but did not offer thanks to his dumped MPs.

The result of the election is still too close to call and may not be known until Thursday or Friday.