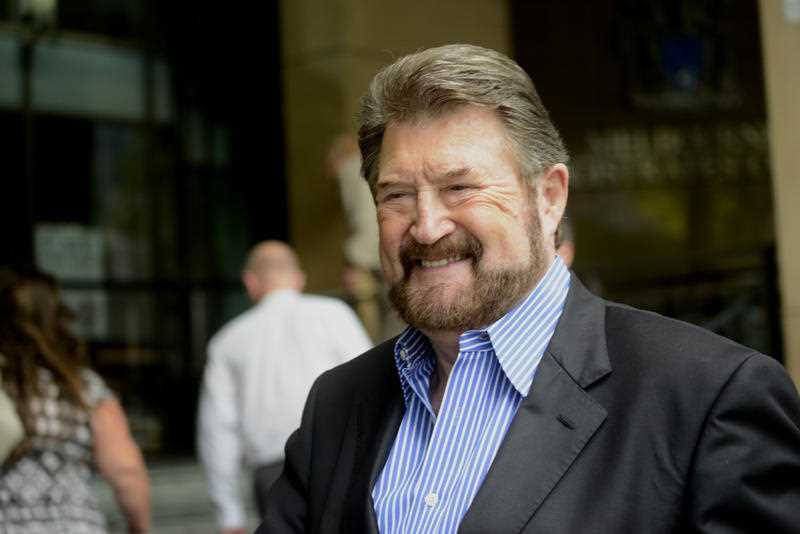 Derryn Hinch has hinted he will use his first speech to the Senate to name and shame sex offenders. Photo: AAP

The Greens recorded massive swings in inner city Melbourne on Saturday night but could walk away without the additional lower house seat they crave.

Australia faces an uncertain few days after a 3.2 per cent swing against Malcolm Turnbull’s government has made another hung parliament possible.

• Poll on a knife edge as ALP closes in
• Oakeshott complains about absentee ballots
• Hanson, Xenophon shake up Senate

Ms McGowan addressed a jubilant crowd in Wangaratta on Saturday night saying she beat former Liberal MP Sophie Mirabella because her campaign was positive and stuck to its community roots.

A deflated Ms Mirabella said: “It was always going to be a challenge with a sitting, so-called independent member with $1.2 million of resources per year.”

Mr Hinch tweeted late on Saturday night: “We’ve called it we are in.”

The man who calls himself the “human headline” told the Seven Network “it looks like I’m going to be senator-elect, it’s brilliant news,” even though on official figures he’s still polling short of a quota.

Saturday’s election was the first time Mr Hinch has voted in his life.

“I waited 72 years to find somebody worth voting for,” he said.

“I still don’t believe in compulsory voting … but it’s been beneficial (for me).”

In Victoria few seats looked to have changed hands on Saturday night with the Liberals likely gaining Chisholm from the ALP and the Nationals picking up Murray from the Liberals following the retirement of Sharman Stone.

Labor concerns that a controversial state issue – the ongoing pay dispute between the CFA and the United Firefighters Union – might infect the federal campaign proved unfounded.

Some 52.3 per cent of Victorians voted for the ALP on a two-party preferred basis, according to the Australian Electoral Commission tally after 75 per cent of the ballots were counted.

The state swing to the ALP was 2.1 per cent.

The Greens insist they remain in the hunt to take Batman from Labor’s David Feeney and Melbourne Ports from the sitting ALP member Michael Danby – although pundits predict the latter won’t change hands.

The Greens recorded swings of more than 10 per cent in Batman and also Wills.

Liberal frontbencher Kelly O’Dwyer retained her seat of Higgins with the swing to the Greens coming in at just 3.8 per cent in the seat once held by former treasurer Peter Costello for close to 20 years.

The sitting Liberal MPs in La Trobe and Corangamite – Jason Wood and Sarah Henderson – also appear to have to retained their seats.