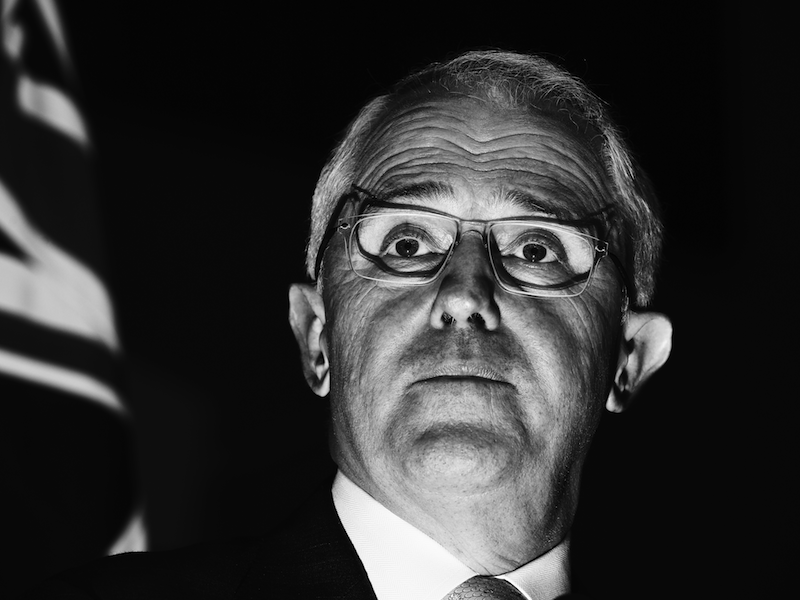 With so many uncertainties hanging over the federal election result, it’s hard not to talk about politics – but let’s try.

At the time of writing, the near-certain result of the election is for the Turnbull government to scrape over the line to form government, or to do so with help of an independent – perhaps the obstreperous member for Kennedy, Bob Katter.

In 2010 I was in Katter’s office when he told about 50 crammed-in journalists why he would not support the Gillard government – the government that the other two of the “three amigos”, Rob Oakeshott and Tony Windsor, later decided to back.

In the days ahead we are likely to hear more Katter-style speeches, though late on Saturday night Mr Turnbull said he was confident he would form majority government without Katter or anyone else.

To get away from that, let’s look at what it means for our future prosperity.

The economic challenge ahead for Australia is daunting, and the question being asked by everyday Australians should not be “did my side win?” so much as “will the government that is about to be formed able to deal with those challenges?”

The first point to keep in mind is that both major parties (perhaps minor ones too) seem to have an on-going leave-pass to break promises. It is up to journalists to keep the pressure on to prevent that.

Prime Minister Malcolm Turnbull promised stability and an economic plan. Labor is right, to a large extent, to argue that he can deliver neither.

On election night, opposition leader Bill Shorten pointed to the great electoral strides his party has made, and to the “stability [Mr Turnbull] has failed to deliver tonight”.

That is more a reference to the senate than the lower house – Mr Turnbull will win the former one way or another, but the latter is a distinct problem.

That is never good for prosperity in itself – unless, of course, the government of the day wishes to pursue economically harmful policies.

There are such policies in the Turnbull manifesto that we can only hope he allows to wither away – chief among them is the refusal to change tax concessions that suck debt-capital into the country only to push house prices way out of reach of young Australians.

A multitude of challenges

That is not the only economic issue, of course. The Coalition has promised to tackle youth unemployment through a program of government-paid internships for the long-term unemployed.

If it can legislate that program, it may well succeed in matching young workers with companies looking for good staff. But such controversial plans are likely to fall foul of a divided senate, and Labor has put much effort into stopping that plan in its tracks.

There is also the issue of ‘debt and deficit’, which Turnbull’s predecessor Tony Abbott built into a national obsession.

It has little, in fact, to do with the Coalition’s plan for ‘jobs and growth’ – but who will even believe that after years of conditioning by major news outlets, particularly News Corp?

In hard times, ‘jobs and growth’ are buoyed by public spending – yes, some of it funded by ‘debt’.

Public demand, or government spending, is required when private demand sags – as it is currently doing in Australia. And the Turnbull government has already done its bit to increase it.

Investment bank UBS noted last week that the first Turnbull government has overseen “a ‘mini-boom’ in public consumption, which has jumped to 3.7 per cent year-on-year in the first quart of 2016, the fastest since 2012, up from approximately flat in 2014”.

So forget the damaging ‘debt and deficit’ mantra of the Abbott years. If a second Turnbull government is formed, it will need to keep up a sufficient level of public demand to stop Australia sliding into recession.

Abbott and his sloganeering backers were thrown out by the Turnbull ascendency because they ignored the real economic needs of the nation – backed by too many journalists blinded by the same ideology.

This is not a game. Australia will suffer if Turnbull allows the same zealots from his back-benches to determine the economic agenda ahead.

If, as seems certain, Turnbull has won government, the news media should unleash hell on any factions within his own government that try to govern by slogan rather than sound economic pragmatism.

Turnbull’ challenge is to negotiate – likely from within a minority government, but definitely with a hostile senate – to pass all the reforming legislation the nation needs.

It has been done before – by a much maligned woman named Julia Gillard.

Back then, the dominant media narrative was around ‘chaos’ and ‘dysfunction’, despite record volumes of legislation passing both houses.

This time, it would be helpful if the same media outlets dropped the politicking and backed sensible reform through what promises to be several very difficult years ahead – the tailing off of the mining investment boom, challenges to the value of the Aussie dollar, the closing of auto-manufacturing, stagnant wages, weak business investment and a deeply unstable global economy.

At this moment in history, Australia can afford nothing less.